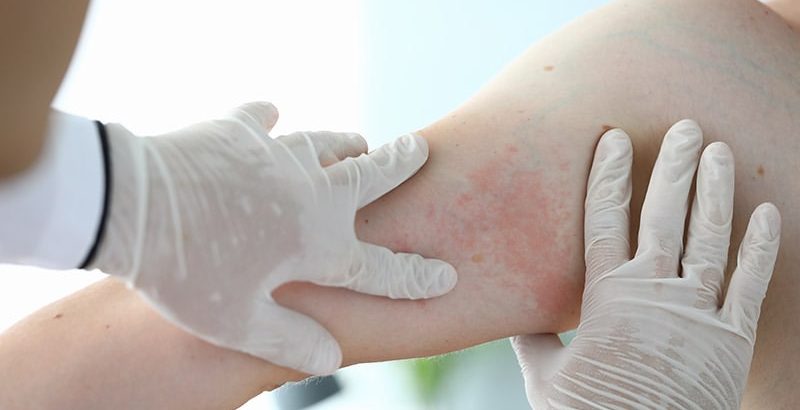 Pediatric dermatologists earned a mean of about $351,000 in 2019, but what else is known about the member physicians who were recently surveyed by the Society for Pediatric Dermatology? 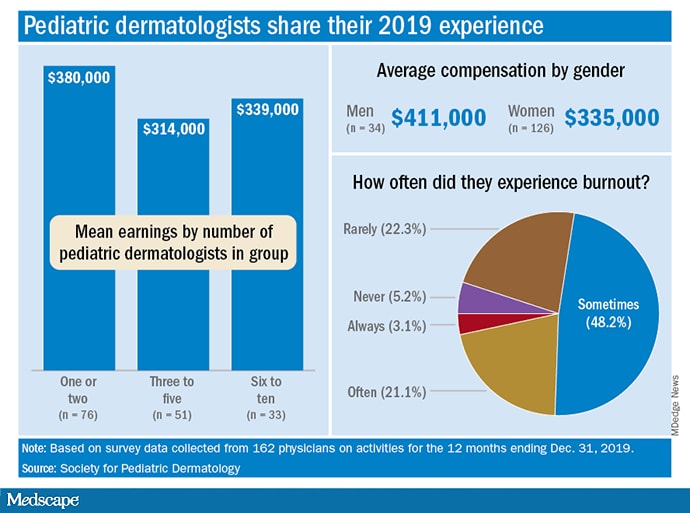 For one thing, the median total compensation for the 162 pediatric dermatologists whose survey responses were included in the final data set was a somewhat lower $335,000, the SPD said in its 2020 Pediatric Dermatology Physician Compensation Report.

Average starting salary was $286,000 for the 17 respondents who reported that they were newly hired for full-time positions, with a median of $262,500, which was “22% lower than the median clinical compensation reported by pediatric dermatology physicians hired prior to 2019,” the report indicated.

Respondents also were asked about issues of satisfaction and burnout, and these data include responses from additional physicians (for a total of 193) not included in the compensation data set.

The largest share, 79%, said that patient relationships were most satisfying factor of their profession, with intellectual stimulation next at 59% and interaction with colleagues third at 42%. The least satisfying elements were regulatory/paperwork burdens (80%), inefficient EHR design/interoperability (37%), and the commoditization of medicine (21%), the SPD said.

Feelings of burnout were common among almost a quarter of pediatric dermatologists, with 3.1% saying they always have such feelings and 21.2% disclosing that they often feel burned out. Only 5.2% said that they never have feelings of burnout, the SPD reported.

Demographically speaking, 71% of those surveyed identified as White, 22% as Asian, 8.5% as Hispanic/Latino/Spanish, 2.5% as Middle Eastern or North African, and 2.5% as Black or African American. The largest age group, with 61% of all respondents, was 36-50 years, and geography gave the East a slight edge over the West, 30% to 28%, although California had the largest share by state, 17.4%, the report said.