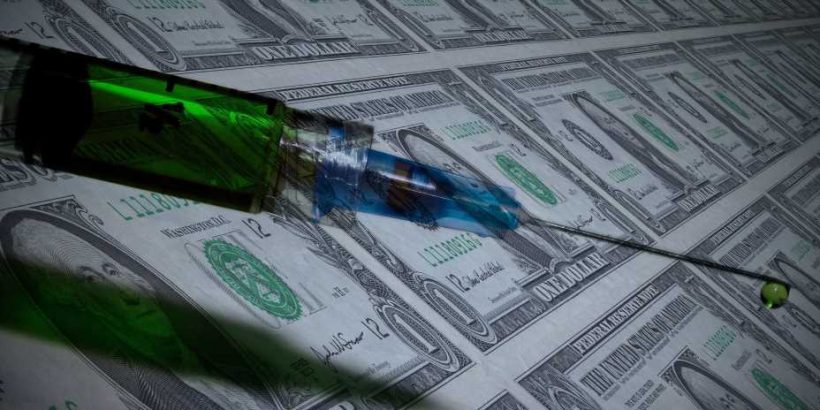 When the COVID-19 vaccine first became available in the United States, demand far exceeded supply. At the height of the vaccination campaign, nearly 2 million people were being fully vaccinated each week. By October 2021, that number had dropped below 250,000 a week—even though more than 60 million adults remained unvaccinated.

Since then, vaccine hesitancy has become bigger news than the virus.

In response, many state and local governments, employers and health systems turned to public health messages and financial incentives—gift cards, saving bonds and even lotteries with grand prizes of $1 million or higher—to increase vaccination rates. But did they work?

Associate Professor of Finance and Business Economics at the USC Marshall School of Business Tom Chang and his colleagues conducted a randomized trial to test the impact of these kinds of “behavioral nudges” on vaccination rates.

Given the effectiveness of messaging for flu vaccines, their hypothesis was that financial incentives, messaging and an easy scheduling link would all increase vaccine uptake among the vaccine hesitant population.

Instead, they were surprised by their findings.

In the trial, unvaccinated members of a Medicaid managed care health plan in Contra Costa County, Calif., were randomly assigned to $10 or $50 financial incentives, three different public health messages, a simple appointment scheduler, or control. The researchers evaluated participants’ stated intentions versus actual vaccination (at least one dose) within 30 days of the trial relative to the control group.

The researchers also found that sometimes these efforts could backfire.

Specifically, financial incentives backfired with individuals 40 and older and those who supported Donald Trump in the 2020 presidential election.

Negatively framed messages decreased vaccination intentions for men and those under 40, depending on the race and gender of the messenger.

The negative messages, developed by the researchers in consultation with medical and behavioral science experts, highlighted the safety of vaccines and the negative health consequences of remaining unvaccinated versus a third message publicly available from the California Department of Public Health which focused on getting back to normal.

Contra Costa County has one of the highest countywide vaccination rates in California and was able to offer vaccinations to all adults at the end of March 2021, several weeks in advance of the state. The study, fielded in the late spring and summer of 2021, focused specifically on individuals who had delayed vaccination despite weeks of eligibility and ample supply of vaccine.

While the researchers admit that their findings may not generalize beyond this population, their findings provide several lessons for more effective, evidence-based policy making on COVID vaccinations.