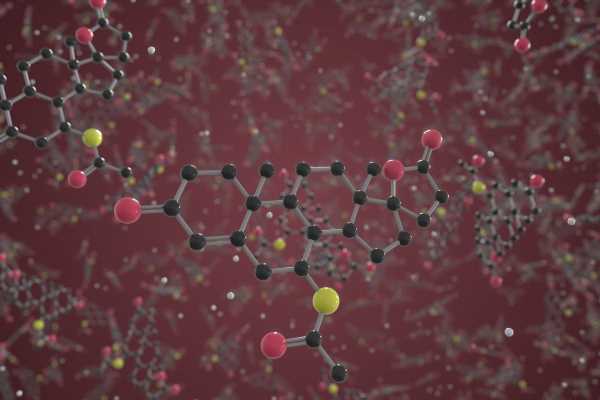 Viral entry into the host cell is a critical step in the severe acute respiratory syndrome coronavirus 2 (SARS-CoV-2) replication cycle responsible for the virulence and tropism of the viral variants. SARS-CoV-2 entry into the host depends primarily on binding interactions between host angiotensin-converting enzyme-2 (ACE-2) and SARS-CoV-2 spike protein. However, research is needed to understand the entire process of host cell entry and the involvement of the network of several host genes.

The team recognized host subnetworks that allow SARS-CoV-2 entry by collecting all genome-wide clustered regularly interspaced short palindromic repeats (CRISPR) screens. These screens estimated the effect of individual genetic expression on SARS-CoV-2 infection. They provided data related to various cellular contexts such as lung and non-lung cell types as well as functional perturbations like loss-of-function or CRISPR-KO and gain-of-function or CRISPRa. The final dataset comprised three CRISPRa and five CRISPR-KO screens that allowed the resolution of viral entry mechanisms.

The team also quantified the enrichment of functional pathways among each CRISPR screen. Furthermore, unweighted networks represented known interactions between drugs approved by the Food and Drug Administration (FDA) and entry genes detected in the individual screens. Subsequently, the team performed downstream analysis on drugs according to the centrality of each hit network.

Additionally, a retrospective clinical analysis with the propensity scores matched was performed to estimate whether the usage of the candidate drugs was related to COVID-19 disease severity. The team collected electronic medical records, including a total of 64,349 patient cases having a positive SARS-CoV-2 diagnosis. Furthermore, the team evaluated if the inhibition of SARS-CoV-2 entry could intervene in the mechanism of spironolactone. This was achieved by performing a SARS-CoV-2 pseudoviral entry assay at different spironolactone doses in a cell line derived from human lung epithelium.

The study results showed that the three CRISPRa and five CRISPR-KO screens displayed different levels of correlation at single-gene levels consistent with the corresponding heterogeneous cellular contexts. Almost 88% of the screams were substantially correlated to a minimum of one other CRISPR screen, and 26% of the pairwise comparisons showed a remarkable positive correlation after adjusting for multiple testing. The team also noted that the gene-level similarities were higher among each type of CRISPR screen. A positive correlation was found among 60% and 33% of CRISPR-KO and CRISPRa screen pairs, respectively.

The team also observed that a total of 20 Kyoto Encyclopedia of Genes and Genomes (KEGG) pathways were substantially enriched in a minimum of two screens, among which were several pathways that were directly involved in the entry of SARS-CoV-2. Pathways related to phosphoglycerides and glycosaminoglycans were the most enriched, consistent with their important function in viral attachment. Furthermore, significant de-enrichment was also observed in pathways related to neurodegenerative diseases like Huntington’s, Parkinson’s, and Alzheimer’s. The team also found that the correlations among enrichment scores of normalized pathways for every screen were higher than those for individual genes.

The study showed that each unweighted network comprised an average number of 116 genes, 605 drugs, and 758 edges each which corresponded to a mean density of almost 1.06%. For each graph, the mean degree was estimated to be 6.50 for the gene nodes, 1.23 for the drug nodes, and 2.03 overall, with approximately 3.81% of genes detected per screen having unknown drug interactions.

Overall, the study findings showed that spironolactone could serve as a potential candidate as a SARS-CoV-2 infection modulator.