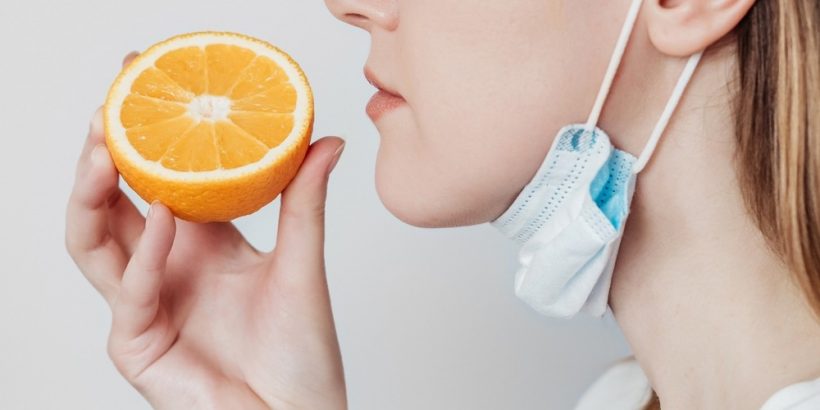 In a recent study posted to the bioRxiv* preprint server, researchers assessed the association between neuroinvasion and anosmia observed during coronavirus disease 2019 (COVID-19).

In the early phases of the COVID-19 pandemic, anosmia was a defining feature of severe acute respiratory syndrome coronavirus 2 (SARS-CoV-2) infection. However, with the emergence of novel SARS-CoV-2 variants of concern (VOCs), the profile manifested by SARS-CoV-2 infection has evolved, and anosmia is now less common. The neuropathogenesis of the ancestral SARS-CoV-2 has been the subject of extensive research, but yet little is known about the variants' potential for neuropathology.

In the present study, researchers estimated the clinical, olfactory, and inflammatory impact of infection with SARS-CoV-2 ancestral strain and SARS-CoV-2 Gamma, Delta, and Omicron/BA.1 variants.

The team assessed how different SARS-CoV-2 VOCs affected the clinical manifestations of infection compared to the ancestral Wuhan strain. In Vero-E6 cells, the researchers examined the in vitro growth curves of these viruses. Subsequently, SARS-CoV-2 Wuhan or the VOCs Gamma, Delta, or Omicron/BA.1 were administered intranasally to male golden hamsters, and the subjects were observed for four days after infection (dpi). The nasal turbinates and lower airways were assessed for viral titers and ribonucleic acid (RNA) loads in the lungs. The team also evaluated the impact of infection on the olfactory bulbs after determining the clinical and inflammatory profile of the infected animals.

Only 12.5% of Gamma-infected mice fully lost their ability to smell, while 62.5% of SARS-CoV-2 Wuhan-infected animals showed signs of olfactory impairment. The rats that were infected with Delta and Omicron/BA.1, however, did not exhibit any olfactory impairment. Regardless of the infecting variant, infectious viruses were found in the lungs and nasal turbinates of all infected hamsters.

All VoCs responded to the infection in the upper and lower airways, but each one did so with a tissue-specific inflammatory signature. This was observed in the lungs where all VoCs elevated MX dynamin-like guanosine triphosphatase (Mx2), interleukin-6 (IL-6), Il-10, and C-X-C motif chemokine ligand 10 (CXCL10), with the level in SARS-COV-2 Wuhan-infected animals being the highest.

The prevalence of olfactory dysfunctions varied depending on the VoC, with hamsters infected with Delta and Omicron/BA.1 exhibiting no indications of anosmia. Notably, all tested SARS-CoV-2 variants could effectively enter the central nervous system (CNS) and infect the olfactory bulbs. The various VoCs can be distinguished based on spike mutations. Additionally, a few VoC isolates, including the Delta isolate used in this investigation, had deletions in the open reading frame (ORF)-7 region.

Interestingly, the clinical profile displayed by hamsters infected with Wuhan/D ORF7ab matched that of the wild-type SARS-CoV-2 Wuhan, demonstrating that ORF7ab is not necessary for viral infection and replication. However, the incidence of olfaction loss significantly lowered, with 25% of the infected animals showing symptoms of anosmia, as opposed to the 62.5% of those infected with CoV-2/SARS-COV-2 Wuhan.

The study findings showed that all tested SARS-CoV-2 variants, including the Wuhan, Gamma, Delta, and Omicron/BA.1 strains, are capable of invading the brain and causing inflammation, most likely via the olfactory bulbs. Regardless of how the disease manifests clinically, brain infection via the olfactory pathway appears to be a common trait of coronaviruses. Furthermore, this study showed that neuroinvasion and anosmia are separate processes after SARS-CoV-2 infection.