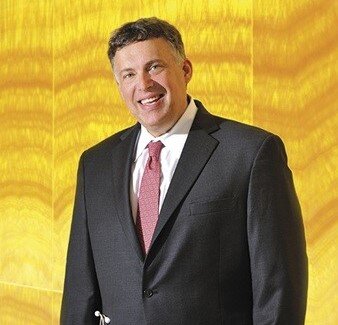 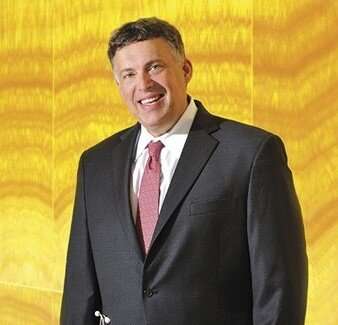 According to the results of a large, global study led by Yale Cancer Center researchers, even a tiny amount of a biomarker known as PD-L1 (programmed death-ligand1) can predict a long-term survival benefit from using pembrolizumab (Keytruda). The drug is one of the first checkpoint inhibitors to be developed and used in cancer treatment. The findings are published online today in the Journal of Clinical Oncology.

“The response that we have seen from pembrolizumab, in a subset of patients years after treatment ended, is remarkable, especially since their chemotherapy had initially failed,” said Roy S. Herbst, M.D., Ph.D., chief of Medical Oncology at Yale Cancer Center and Smilow Cancer Hospital and Associate Cancer Center Director for Translational Research at Yale Cancer Center.

The findings come from the phase III KEYNOTE-010 clinical trial, which was conducted in 202 academic medical centers in 24 countries. The study enrolled patients who had previously been treated unsuccessfully with chemotherapy for stage 3 or 4 non-small cell lung cancer (NSCLC), the most common type of lung cancer. The study compared use of pembrolizumab in 690 patients to treatment of docetaxel chemotherapy in 343 patients. In the 79 of 690 patients who received two years of pembrolizumab, overall survival was about 99% one year after discontinuing treatment. Overall, survival in this group three years after the two-year treatment period ranged from 23% to 35%, depending on how much of the PD-L1 biomarker their cancer expressed, compared with 11% to 13% in patients receiving chemotherapy.

Even more surprising, Herbst added, is that some patients whose cancer recurred after an initial two years of treatment responded to pembrolizumab when the drug was offered again.

“Before we had pembrolizumab, survival from advanced lung cancer was measured in months, not years,” Herbst said. “It is too soon to say that pembrolizumab is a potential cure for a substantial number of patients whose tumors express PD-L1, and we know that it doesn’t work for all patients, but, the agent remains very, very promising. The majority of patients who completed two years of treatment remain in remission and those who had recurrence could be retreated with pembrolizumab at the time of progression and still achieve disease control.”

The PD-L1 designation refers to the PD-1 pathway that cancer uses to hide from killer immune cells. Switching on this pathway stops these immune cells from attacking cancer cells, allowing tumors to grow and spread. Checkpoint inhibitors either block the PDL-1 protein that is expressed on the outside of tumor cells, or the PD molecule on immune cells. Pembrolizumab blocks PDL-1, freeing immune cells to target the cancer.

Investigators estimate that 75% of NSCLC patients express PD-L1 protein on their cancer cells, and within this group, up to 25% express a high amount. The rest express a lower quantity. The percentage of expression is quantified by a tumor proportion score (TPS) that “pulls” about 100 cancer cells from a tumor and counts the number of cells that express PD-L1. The amount is then described as either cancer that expresses more than 50% PD-L1 or more (TPS >50) or 1 percent PD-L1 or more (>1).

Pembrolizumab is the first checkpoint inhibitor to test the ability of a biomarker to help determine disease control outcomes, and that biomarker has now been tested for the longest period of any clinical trial. “Currently, the agent is being used in all potential settings,” Herbst added, “before any other treatment, after other treatment, and with other treatments.”