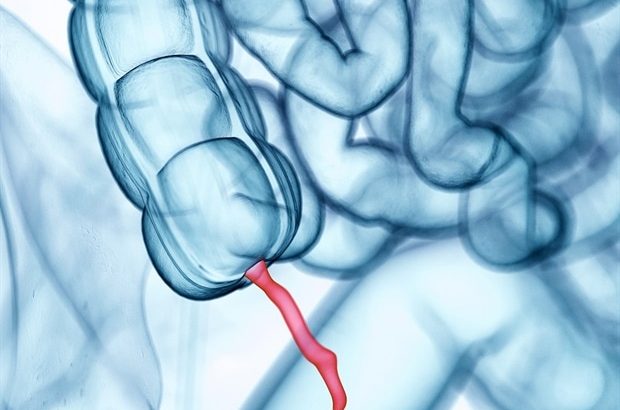 One of every 10 patients with appendiceal cancer carries a germline genetic variant associated with cancer predisposition, according to a study in JAMA Oncology that is the first to show inherited risk factors for this rare cancer.

Appendiceal cancer affects about one or two people per million annually. Historically it has been thought that appendiceal cancer is not hereditary, but its rarity has presented challenges for understanding the characteristics of the disease and developing therapies. A research team led by Andreana Holowatyj, PhD, MSCI, assistant professor of Medicine and Cancer Biology at Vanderbilt University Medical Center, analyzed multigene panel testing data from a nationwide clinical testing laboratory in the U.S. for a total of 131 patients with appendiceal cancer. They found that 11.5% of patients had at least one germline genetic variant in a cancer susceptibility gene. In addition, among the subset of patients with appendix cancer as the first and only primary tumor they observed a similar prevalence (10.8%), further linking a familial component to this disease.

The findings suggest all patients with appendix cancer should consider genetic evaluation as well as cascade testing and genetic counseling of at-risk family members for cancer prevention and surveillance. However, further studies are warranted to identify novel genetic factors and use this evidence to tailor which genes are selected in genetic testing for appendiceal cancer, Holowatyj said.

Based on these data, we are able to recommend genetic counseling and multigene panel testing of cancer susceptibility genes for all appendix cancer patients, regardless of age or family history of cancer. While there is still much to learn from our discovery, we have found the tip of an iceberg -; potentially a really big iceberg."

The study was published simultaneously as Holowatyjpresented its findings at the 2022 Collaborative Group of the Americas Inherited Gastrointestinal Cancer (CGA-IGC) Annual Meeting in Nashville.

Although appendiceal cancer is rare, it is becoming more common for reasons that are not known. Last year, Holowatyj and colleagues conducted the first study of appendiceal cancer patterns and survival among patients younger than 50 (early-onset disease) in the U.S. They found poorer disease outcomes among non-Hispanic Blacks compared to non-Hispanic whites, and among men compared with women.

That study, which was published in Gastroenterology, was followed by another investigation led by Holowatyj that compared the molecular landscapes of early-onset and late-onset appendiceal cancer. The second study, published in JAMA Network Open, revealed distinct non-silent mutations in the tumors of younger patients, setting the stage for the development of potential therapeutic advances.

A third study, published in Cancer Epidemiology, Biomarkers & Prevention by Holowatyj's group, revealed that one in every three cases of appendiceal cancer occurs in people under age 50 and that these early-onset cases have distinct clinical features from those that occur in people age 50 and older.

Other Vanderbilt researchers who are co-authors on the study are Mary K. Washington, MD, PhD, and Cathy Eng, MD.

Individuals who have been diagnosed with appendix cancer and would like to participate in a clinical research study -; the Genetics of Appendix Cancer (GAP) Study -; are invited to visit www.gapcancerstudy.org.