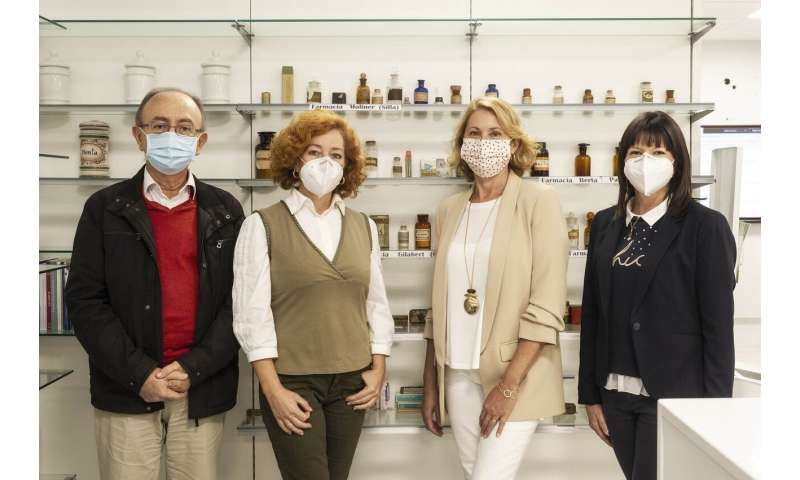 High blood pressure is hard to detect, which is why hypertension is considered one of the main ‘silent diseases’ that affect the population. With the goal of identifying its risk factors in young people, researchers from the CEU Cardenal Herrera University (CEU UCH) of Valencia have conducted a study among teenagers from the Valencian Community, which has just been published in the journal Scientific Reports. Most noteworthy among the results is the fact that hypertension affects 14.8% of the studied Valencian youths, and that prevalence among boys is twice as high as among girls. Furthermore, the study also detected that almost a third of these youths are overweight, according to their waist-to-height ratio.

The study was conducted on 4,402 teenagers from the Valencian Community between the ages of 11 and 18 from 15 schools and high schools. The youths filled out questionnaires on their lifestyle habits linked to physical activity and their adhesion to the Mediterranean diet. They also had their blood pressure, weight, height and waist measured. “Even though the Body Mass Index (BMI) is usually considered a good predictive factor of health, we have found that at these ages, the waist-to-height ratio (WHtR) is better linked to blood pressure and is easier to measure,” say the authors of the study.

Moreover, their study also revealed that risk factors associated with hypertension at adult ages do not leave visible signs on the cardiovascular systems of youths, including a family history of the disease, performing low levels of physical activity or eating habits that are not a part of the Mediterranean diet.

“The observed modifiable factors that most impact hypertension among teenagers are the waist-to-height ratio, the body mass index and the bad habit of not eating breakfast,” say the authors of the study.