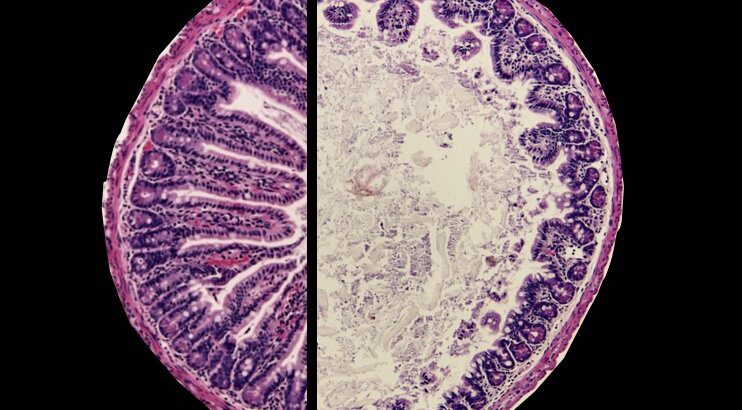 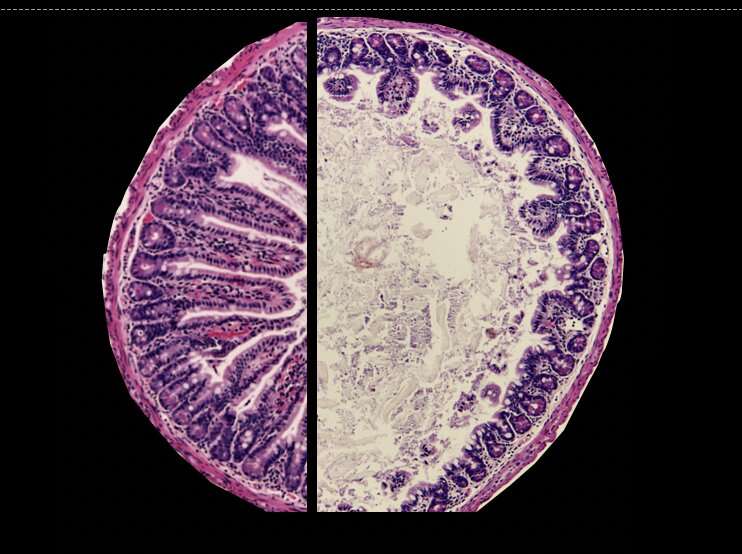 A chronic gut disorder that occurs in regions with poor sanitation disrupts intestinal immune responses and impairs oral vaccine effectiveness in a mouse model of the disease, according to research led by UPMC Children’s Hospital of Pittsburgh and University of Pittsburgh School of Medicine scientists.

The finding, published today in Immunity, is important because oral vaccines delivered by liquid drops to the mouth, such as polio and rotavirus vaccines, are especially useful in low-income countries that may not have health care workers trained in administering vaccines through needles. They may also stimulate better local immunity in the gut, which is key for fending off diseases contracted by contaminated food and water—including some of the very infections that contribute to the gut disorder, called environmental enteric dysfunction, or EED.

“It is tragic that the exact vaccines that might help prevent EED don’t work in children who have the disease,” said Timothy Hand, Ph.D., senior author of the study and assistant professor of pediatrics and immunology at the R.K. Mellon Institute for Pediatric Research at UPMC Children’s and director of Pitt’s Gnotobiotic Core.

EED is caused by malnutrition and chronic gastrointestinal infection from contaminated food and water. Infection with viruses, parasites or bacteria combined with poor diet can trigger gut inflammation and damage the finger-like projections called villi that help absorb nutrients from food.

“EED can affect anyone, but it’s a major problem in children because they’re still developing,” said Hand. “The result is that children with EED are stunted. They end up shorter in stature. But perhaps more importantly, it can significantly affect brain development: These children have less cognitive ability. And this is a lifelong problem; you can’t restore that development later in life.”

To learn more about the mechanisms behind oral vaccine failure, Hand and his team developed a mouse model of the disease. They induced EED-like symptoms by feeding the rodents a diet deficient in fat and protein and inoculating them with a strain of E. coli bacteria that invades gut cells.

After giving the mice an oral vaccine, the researchers found that immune responses were severely compromised in those with EED. Vaccine-specific CD4+ T cells in the small intestine were about 18 times lower than in control mice.

Further experiments indicated that oral vaccine failure in EED mice was mediated by their gut microbiome. In response to microbiome-associated inflammation, T regulatory (Treg) cells accumulate in the small intestine of EED mice.

“Treg cells arise because there’s too much inflammation and they help tamp down that inflammation,” said Hand. “But unfortunately, a side effect is that they prevent local accumulation of vaccine-specific CD4+ T cells.”

When the team used antibiotics to eliminate gut bacteria, vaccine effectiveness was restored in EED mice.

According to Hand, these findings support the idea that targeting the microbiome could help treat EED and improve vaccine success in children.

EED is rare in resource-rich countries but common in poorer countries that lack sewage systems and sanitation. About 150 million children worldwide live in conditions that put them at risk of getting the disease.

“If we could get flush toilets and plumbing to the world, we wouldn’t have this disease,” said Hand. “What’s causing these chronic infections is that people are either drinking contaminated water or flies are transporting diseases from sewage to food.”