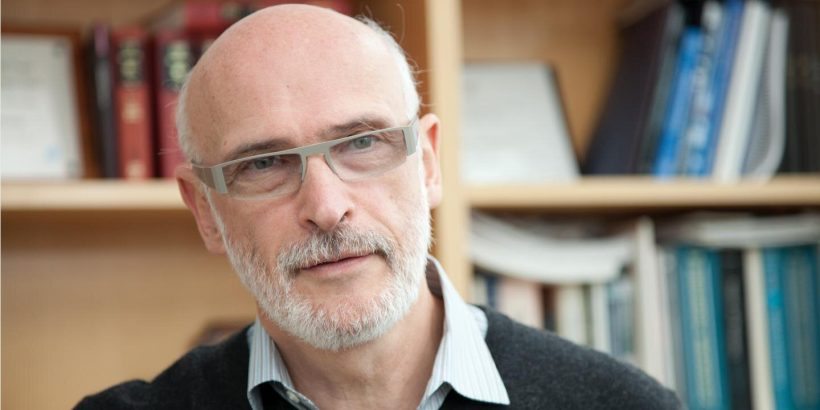 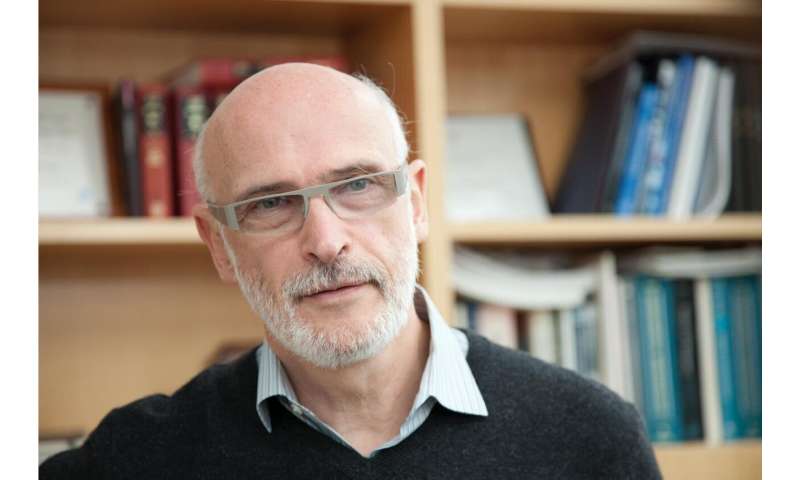 A Ludwig Cancer Research study has discovered a novel means by which bacterial colonies in the small intestine support the generation of regulatory T cells—immune cells that suppress autoimmune reactions and inflammation. The study, led by Ludwig MSK Director Alexander Rudensky and published in Nature, demonstrates that a microbial metabolite—the organic acid isoDCA—boosts the local generation of the immunosuppressive immune cells in the colon. Such locally generated, or “peripheral,” regulatory T cells (Tregs) help dampen chronic intestinal inflammation, a major driver of colorectal cancers.

Though the study does not directly address cancer prevention, its findings have intriguing implications for the field—which is why the study was funded in part by the colon cancer prevention and early detection initiative launched in 2015 by Ludwig and the Conrad N. Hilton Foundation.

“People have been thinking about using commensal microbes to treat inflammatory disorders of the colon,” says Rudensky. “One approach is to develop a new class of drugs made from defined consortia of microbes that would limit inflammation and promote colonic health, reducing the risk of colon cancer in people. Bacterial consortia that produce isoDCA and other metabolites that promote anti-inflammatory activity in colon-resident immune cells could be one of the components of such interventions.”

Gut microbes, which are critical to digestion and metabolism, also support many other important processes ranging from immune regulation to brain development. An authority on Tregs, Rudensky has long explored the cross-talk between commensal bacteria and Tregs, which primarily mature in the thymus but can also be induced from precursor T cells in other tissues, especially the intestines. These peripheral Tregs, he has shown, shield beneficial gut microbes from immune attack and suppress chronic intestinal inflammation.

“There are two-way communications between the host and its commensal microbial community, where the host must be informed of the composition of that community and respond to that information,” says Rudensky. “This implies that a likely means of communication between the microbial community and the host immune system would be through the metabolic products of commensal bacteria, since metabolic support is among the main services commensal microbes provide to their hosts.”

About 5% of the bile pumped into the intestines to help digest fat is retained in the organ, and some of it is metabolized by commensal bacteria. Rudensky and his colleagues were curious about whether the byproducts of that metabolism influence the local immune environment. To find out, they screened a spectrum of bile acids produced by bacterial metabolism for such effects in co-cultures of the precursor T cells from which Tregs arise and dendritic cells, which help direct the generation of Tregs.

The screen revealed that two products of bacterial bile metabolism—ω-MCA and isoDCA—significantly boosted the conversion of precursor T cells into peripheral Tregs. Focusing on isoDCA, which is more abundant in the human intestine, Rudensky and his colleagues found that the bile acid exerted its effects not on the precursor T cells, but on dendritic cells.

IsoDCA, they found, opposes the signals issued by a bile acid sensor in dendritic cells, the farnesoid X receptor (FXR). This hushes the dendritic cells’ expression of genes that induce protective immune responses, pushing them into an anti-inflammatory state in which they drive the generation of peripheral Tregs.