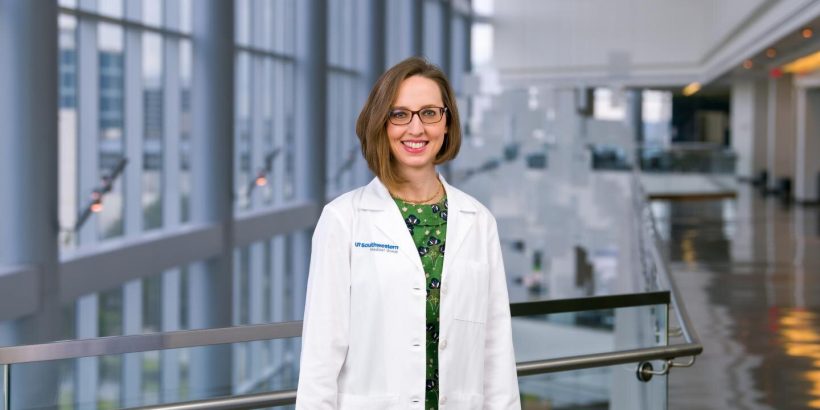 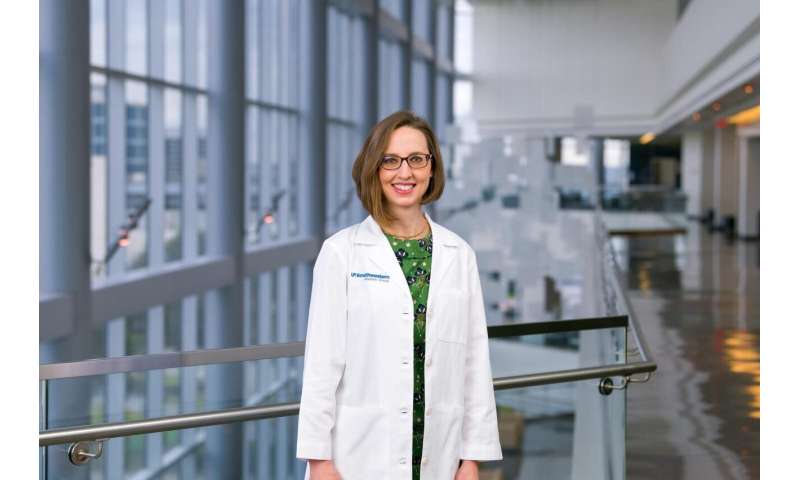 Pregnant women who test positive for COVID-19 and their newborn babies have a low risk of developing severe symptoms, according to a new study from UT Southwestern.

The study, published today in JAMA Network Open, shows that 95 percent of women who tested positive for COVID-19 during pregnancy had no adverse outcomes. Additionally, the study found that the virus was transmitted to the fetus in just 3 percent of the cases.

“Our findings are that approximately 5 percent of all delivered women with COVID-19 infection develop severe or critical illness. Five percent is a major concern when a pandemic is making its way through a population; however, it’s lower than previous reports from the Centers for Disease Control and Prevention (CDC),” says Emily Adhikari, M.D., an obstetrician, gynecologist, and first author of the study. “Most women with asymptomatic or mild infection will be relieved to know that their babies are unlikely to be affected by the virus.”

The researchers set out to measure how COVID-19 infection impacts pregnancy outcomes, how severely ill a pregnant woman gets, placental pathology, and neonatal infections by studying women at Parkland Health and Hospital System—a high-volume prenatal clinic system and public hospital affiliated with UT Southwestern. The team followed 3,374 mothers, 252 of whom tested positive for the virus during pregnancy, from March through August. The group was predominantly Hispanic (75 percent), followed by Black (18 percent) and white (4 percent). There were no significant differences between the expectant mothers in age, number of previous births, BMI, or diabetes.

The pandemic has hit the Hispanic population in Dallas particularly hard. “While they make up 75 percent of the population of over 12,000 women delivering annually at our institution, women of Hispanic ethnicity made up over 90 percent of COVID-19-positive women. The higher frequency among Hispanic women in our study is consistent with data on racial and ethnic disparities in COVID-19 cases and deaths reported nationwide,” says Adhikari, medical director of perinatal infectious diseases at Parkland Memorial Hospital and an assistant professor of obstetrics and gynecology.

Among the 252 women who tested positive, 239, or 95 percent, were asymptomatic or had mild symptoms at first. Six of those women subsequently developed severe or critical COVID-19 pneumonia. Comparing mothers with and without COVID-19 diagnosed any time during pregnancy, the COVID-19 virus did not increase the risk of adverse outcomes, including preterm birth, preeclampsia with severe features, or cesarean delivery for abnormal fetal heart rate. However, preterm birth was increased among mothers who developed severe or critical illness before reaching 37 weeks in their pregnancy, and it’s hard to predict who that will be. The study found that diabetes may be one factor that increases the risk for severe or critical maternal illness.

Pathologists who examined placentas—the organ that functions as the source of oxygen and nourishment for unborn babies—found that the majority were unaffected by the virus.

COVID-19 mothers who were outpatients were followed using telemedicine with a scripted evaluation of symptoms and protocol-based management, including instructions for referral to the emergency department for worsening respiratory symptoms or obstetric concerns. Telemedicine has been a vital tool used by many UT Southwestern and Parkland physicians during the pandemic.