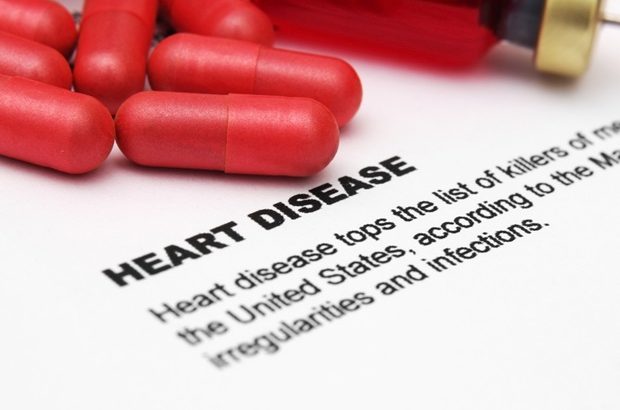 Adult survivors of cancer have a higher risk of heart failure and other cardiovascular diseases (CVD) later in life than adults without cancer, according to results of a large study led by Johns Hopkins Medicine researchers. The findings, which emerged from analysis of information on about 12,000 people followed over decades, build on the increasingly recognized link between cancer and heart disease, and indicated that survivors of cancer are a high-risk group that may need more aggressive CVD prevention.

According to the study, published online June 27 in the Journal of the American College of Cardiology, adult survivors of cancer had a 42% greater risk of CVD than people without cancer. The authors found that survivors of cancer had a particularly higher risk of developing heart failure (52% higher risk), followed by stroke (22% higher risk). There were no significant differences in the risk of coronary heart disease between those with and without cancer.

Cardiovascular disease is one of the leading causes of death among some cancer survivors, and that risk is oftentimes neglected. We hope our research increases awareness of heart disease risk in those who survive cancer and that health care providers actively reinforce the importance of prevention."

Roberta Florido, M.D., M.H.S., assistant professor of medicine and director of cardio-oncology at the Johns Hopkins University and first author of the study

The study also looked at specific cancer types and found the risk of CVD is not uniform across cancers. For example, breast, lung, colorectal and hematological/lymphatic cancers were significantly associated with a higher risk of CVD, whereas prostate cancer was not.

The American Cancer Society estimates that there are more than 16.9 million adult survivors of cancer in the U.S. today, and that the number will climb to over 22.1 million by 2030, putting increasing numbers at risk for CVD.

"Major advances in cancer treatment mean that patients are living longer and longer. This means we now need to pay attention to other chronic diseases, especially heart disease, in cancer survivors," says Elizabeth Selvin, Ph.D., M.P.H., professor of epidemiology at the Johns Hopkins Bloomberg School of Public Health and senior author of the study. "Cancer survivors are a high-risk population and should be prioritized for interventions that lower the chance of heart disease later in life."

The analysis used data from the Atherosclerosis Risk in Communities Study, a prospective community-based population study, initiated in 1987, of CVD and its risk factors. The study had 12,414 participants, with a mean age of 54 who were followed through 2020. Some 55% were female, 25% were Black and 3,250 were diagnosed with cancer.

Although the study was not designed to pinpoint the causes of increased CVD risk among survivors of cancer, Florido says her team's main hypothesis involves a combination of cancer and noncancer related factors such as inflammation, oxidative stress, cardiac toxicity from specific cancer treatments and traditional risk factors like hypertension, diabetes and obesity. While the excess risk of CVD in this group was not fully explained by traditional cardiovascular risk factors such as obesity, high blood pressure and cholesterol levels, and diabetes, it is still very important to address these risk factors that are common in survivors of cancer.

Cardiac toxicity from cancer therapies, or negative cardiac effects of cancer therapies, may be particularly important in increasing the risk of CVD in some survivors of cancer. For example, survivors of breast and blood cancers had significantly higher risk of CVD, and these cancers are typically managed with a combination of chemotherapy and chest radiation that can damage the heart. Conversely, survivors of prostate cancer did not have an increased risk of CVD. These patients can be managed with active surveillance or local therapies without the risk of cardiac toxicity.

"More research is needed to better understand why cancer survivors have a greater risk of CVD and whether this is partly explained by the negative cardiac effects of some cancer therapies," says Florido. "This could lead to more targeted preventive strategies for this population."