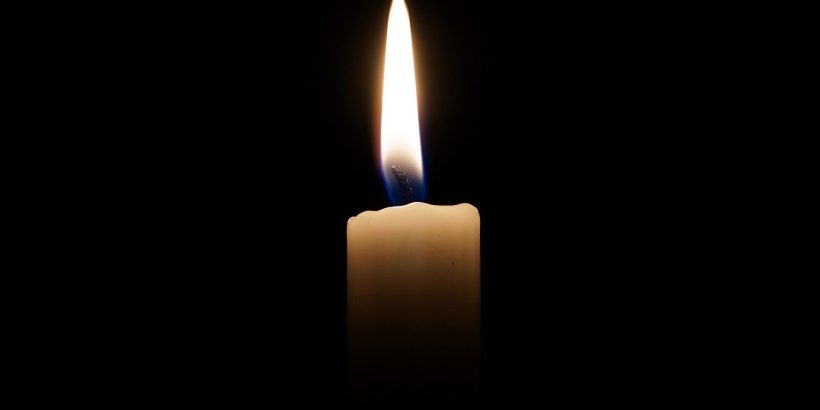 A comparison of daily deaths in Italy since January 2020 with those over the previous five years there indicates that the fatality rate in that country for those infected with the new coronavirus is at least 0.8%, far higher than that of the seasonal flu and higher than some recent estimates.

Extrapolating from the Italian data, University of California, Berkeley, and Lawrence Berkeley National Laboratory data scientists estimate that the fatality rate in New York City and Santa Clara County in California can be no less than 0.5%, or one of every 200 people infected.

These conclusions contrast with those of a study posted online last week by Stanford University epidemiologists, who pegged the fatality rate at between 0.1% and 0.2%. An affiliated team from the University of Southern California (USC) this week reported a similar fatality rate in Los Angeles.

“Their final number is much lower than our estimate,” said senior author Uros Seljak, a UC Berkeley professor of physics, faculty scientist at Berkeley Lab and member of the Berkeley Institute for Data Science. He also is co-director of the Berkeley Center for Cosmological Physics (BCCP).

Seljak says that getting COVID-19 doubles your chance of dying this year.

“If you want to know what are the chances of dying from COVID-19 if you get infected, we observed that a very simple answer seems to fit a lot of data: It is the same as the chance of you dying over the next 12 months from normal causes,” said Seljak.

Current uncertainties can push this number down to 10 months or up to 20 months, he added. His team discovered that this simple relation holds not only for the overall fatality rate, but also for the age stratified fatality rate, and it agrees with the data both in Italy and in the U.S.

“Our observation suggests COVID-19 kills the weakest segments of the population,” Seljak said.

The paper was posted online Monday on MedRxiv in advance of peer review and submission to a journal.

The study by Seljak and his colleagues predicts that the true number of deaths in Italy from COVID-19 is more than twice the official figure: around 50,000 people, as of April 18. The country’s official statistics listed more than 150,000 confirmed cases, as of that date, and more than 20,000 attributed deaths.

The difference, the researchers say, is likely due to many deaths among older people that have not been counted in the official Italian statistics. The team found a much higher fatality rate for those over 70 years of age: In Lombardy, a region hit hard by the pandemic, those between 70 and 79 had a 2.3% infection fatality rate, while those 80 to 89 had an almost 6% fatality rate. Nearly 13% of those over 90 died.

These differing fatality rates can explain the observed higher number of deaths among younger people in New York City. Because the population there is younger than in Italy, more deaths among young people are expected, despite their lower fatality rate. The researchers predict that about 26% of all deaths from COVID-19 in New York City will be among those younger than 65.

The population of Italy, on the other hand, is older, yielding a higher overall fatality rate for the country’s population: 0.8%, versus 0.5% for New York. Only 10% of Italian deaths will be younger than 65.

The team’s predicted infection rate for Santa Clara is around 1%, while that for Los Angeles is around 2%, based on current mortality rates.

Given known infection and fatality rates on the Diamond Princess cruise ship, the team also calculated an upper limit on the fatality rate for those infected: about twice the lower limit, or 1%, for New York City and Santa Clara County.

Uncertainty about the fatality rate for those infected by the new virus, dubbed SARS-CoV-2, resulted from delays in testing, due to a shortage of test kits and testing labs. This left public health officials in the dark about the true rate of infection in the general population, which is needed to calculate what percentage of infected people die.

The Stanford study estimated an infection rate in Santa Clara County of between 2.5% and 4.2% of residents, whereas the USC study estimated an infection rate in Los Angeles between 2.8% and 5.6%. Both are much higher than previous estimates, which means the number of confirmed COVID-positive deaths relative to those infected dropped to a low of 0.2%.

Based on these studies, some of the Stanford authors have argued that COVID-19 is little worse than the seasonal flu, casting doubt on decisions to mandate shelter-in-place and the closing of many businesses.

“Of course, it (the infection fatality rate) matters, for policy decisions,” Seljak said. “Is this just a bad case of flu, as they would like to claim, or is it something much more serious?”

To answer that question, Seljak and his colleagues mined a previously untapped source of data: the daily death rate for 1,688 towns in Italy between Jan. 1 and April 4 for the years 2015 through 2020, provided by the Italian Institute of Statistics. The excess deaths between January and April of this year, presumably due to COVID-19, can be used to calculate a lower limit for the death rate from the virus.

“The dataset is a treasure trove for statistical analysis of COVID-19 mortality,” Seljak said. “For example, it can give mortality rate as a function of age better than any other data out there, a sad consequence of tens of thousands of deaths from COVID-19 in Italy. With this data, we established that if one gets infected and is above 90 years of age, the probability of dying is at least 10%, because that is the fraction of the entire population of Bergamo province in this age group that died. In contrast, the corresponding number for ages 40 to 49 is 0.04%, far lower than previous estimates.”

The Lombardy region of Italy, for example, was a viral hotspot, with the province of Bergamo hardest hit: The infection spread to so many people in Bergamo—likely two-thirds of the population, if not the entire population—that it is possible that so-called herd immunity has set in, Seljak said. That means that enough people are immune, at least temporarily, to stanch the spread of the virus among the the uninfected.

With essentially everyone in Bergamo infected, and the known deaths since January—predicted to be more than 6,000 out of a population of 1 million—it was easy to calculate the lowest possible infected fatality rate: 0.56%.

For Lombardy, the researchers estimated that the lowest possible fatality rate was even higher: about 0.84%. They also estimated that 23% of the population of Lombardy was infected, as of April 18—on average, 35 times the number of positive tests in the province.

The team conducted an analysis for all Italian towns that reported daily death data and for all age groups, using a counterfactual analysis: estimating the expected number of deaths daily between January and April 2020, based on the previous five years, and comparing those numbers with reported deaths. The excess is assumed to be due to COVID-19. The researchers employed statistical methods often used in analyzing large sets of data: the Conditional Mean with a Gaussian process (CGP) and a Synthetic Control Method (SCM).

In nearly all towns, the excess deaths in early 2020 exceeded the official count attributed to COVID-19.

The numbers the team came up with are lower limits, the researchers emphasize, since deaths in many Italian towns are not fully up to date.