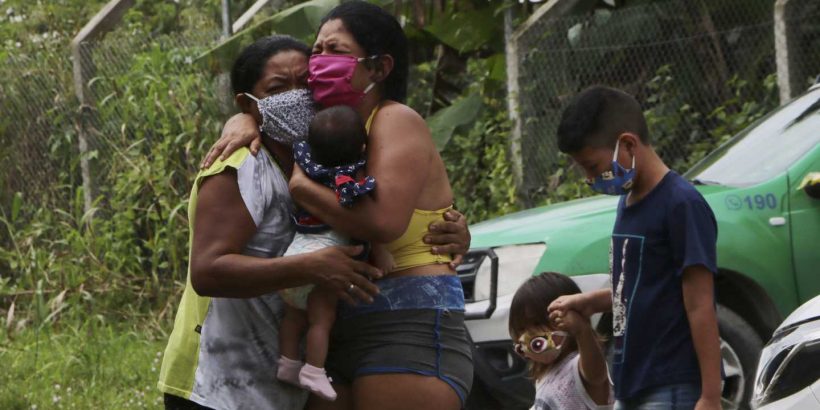 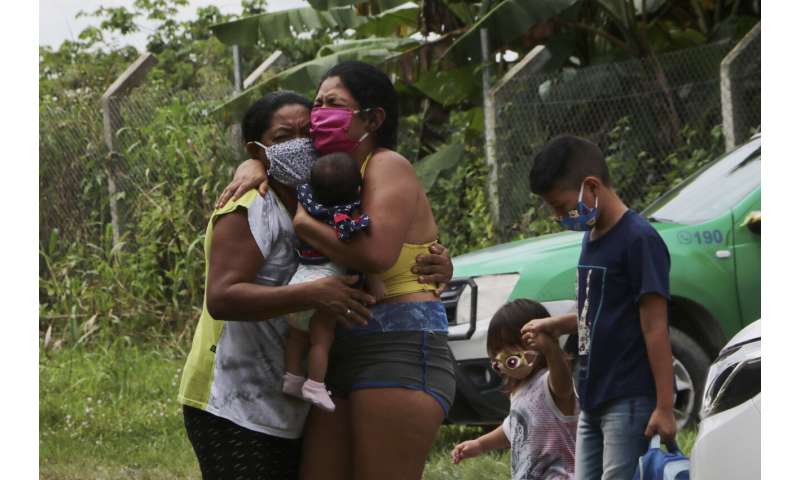 Even as countries moved forward Wednesday with easing their coronavirus restrictions and restarting their economies, a large cluster of infections linked to a market in India and the first lockdown of a major Brazilian city highlighted that the battle against the pandemic was far from won.

In the United States, President Donald Trump emphasized his determination to see a quick return to normalcy with a visit to an Arizona mask factory that was expected to kick off his regular travels as the nation emerges from seven weeks of virus-imposed isolation. The push to ease stay-at-home orders comes even as U.S. infection rates outside the New York metropolitan area are rising.

In India, which partly eased its lockdown Monday, health authorities were rushing to contain an outbreak of the virus at one of Asia’s largest markets for perishable goods. The market in the southern city of Chennai, spread over more than 250 acres, had remained open throughout the lockdown and is now tied to at least 1,000 cases.

Another 7,000 people connected to now-shuttered Koyambedu market were being traced and quarantined, a huge task given that the facility is critical to the food supply across Tamil Nadu and neighboring states.

The market cluster contributed to India’s biggest single-day increase in virus infections yet, with authorities on Tuesday reporting 3,900 cases and 195 deaths. The health ministry attributed the spike to reporting delays by state governments, but experts remain worried about a potential health catastrophe in a country of 1.3 billion people and a medical system strained even in the best of times. 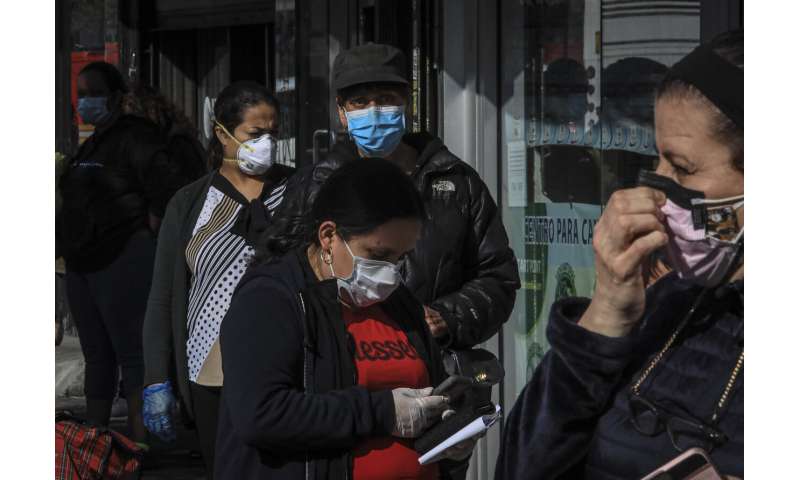 The capital of Brazil’s tropical Maranhão state ground largely to a halt Tuesday, becoming the first major city in the country to enter a lockdown in the hopes of preventing the coronavirus from overwhelming the health care system of one of the nation’s poorest states.

Some 1.5 million people in São Luís and three neighboring cities have been confined to their homes, except for a handful of essential tasks. The vast majority of businesses have been shuttered, as have schools and public transport. Parks are closed, and residents cannot go out to exercise.

The decree from the state governor will last 10 days to start and applies to one-fifth the state’s population. It comes despite President Jair Bolsonaro’s insistence that only the elderly and other high-risk populations should stay home. The president and his followers have repeatedly criticized local leaders who imposed more stringent restrictions in the face of surging coronavirus cases. 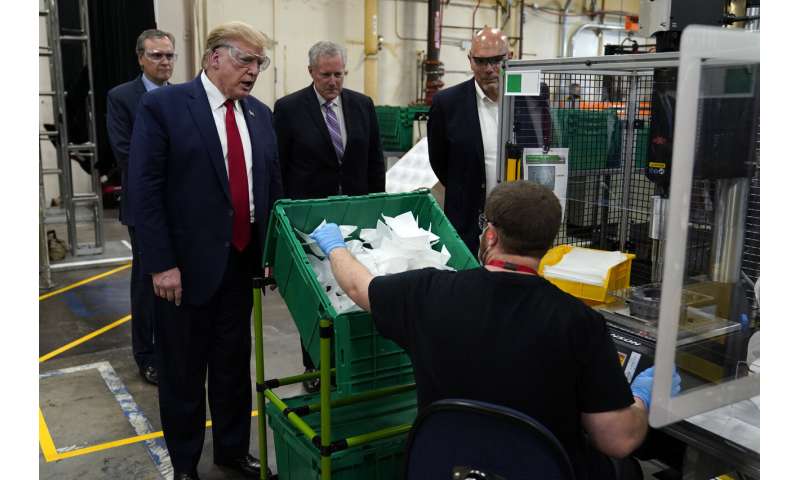 Elsewhere, Britain’s official death toll, at more than 29,000, topped that of Italy to become the highest in Europe and second-highest in the world behind the United States. The official number of dead worldwide surpassed a quarter-million, according to a count by Johns Hopkins’ University, though the true toll is believed to be much higher.

On his visit to Arizona, Trump acknowledged the human cost of returning to normalcy.

On Monday, a model from the University of Washington nearly doubled its projection of COVID-19 deaths in the U.S. to around 134,000 through early August, with a range of 95,000 to nearly 243,000. Dr. Christopher Murray, director of the institute that created the projections, said the increase is largely because most states are expected to ease restrictions by next week. 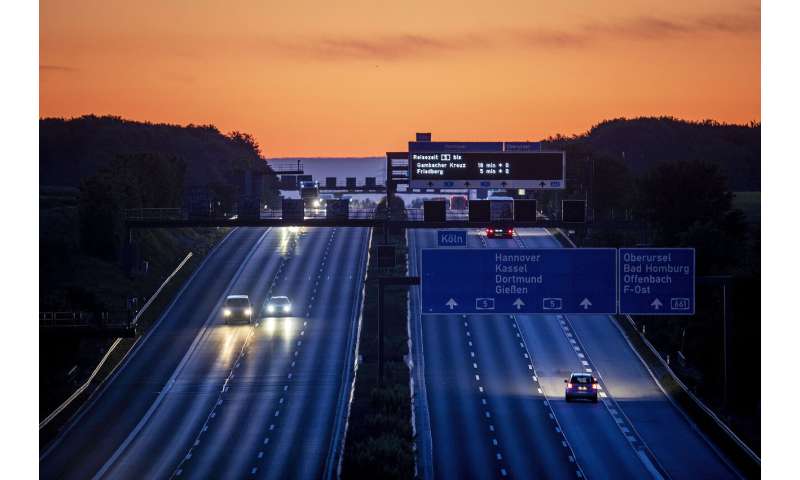 Trump, asked about the projections before traveling to Arizona, disputed the accuracy of models in general and said keeping the economy closed carries deadly costs of its own, such as drug abuse and suicide.

New confirmed infections per day in the U.S. exceed 20,000, and deaths per day are well over 1,000, according Johns Hopkins figures. And public health officials warn that the failure to lower the infection rate in places could lead to many more deaths—perhaps tens of thousands—as people are allowed to venture out and businesses reopen.

“Make no mistakes: This virus is still circulating in our community, perhaps even more now than in previous weeks” said Linda Ochs, director of the Health Department in Shawnee County, Kansas.

According to an Associated Press analysis, the numbers show that when the New York metropolitan area’s progress against the coronavirus is taken out of the equation, the rest of the U.S. is moving in the wrong direction. 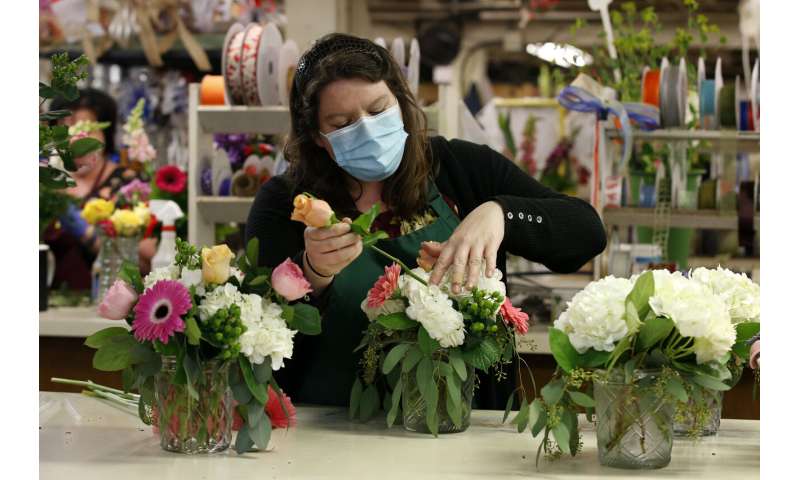 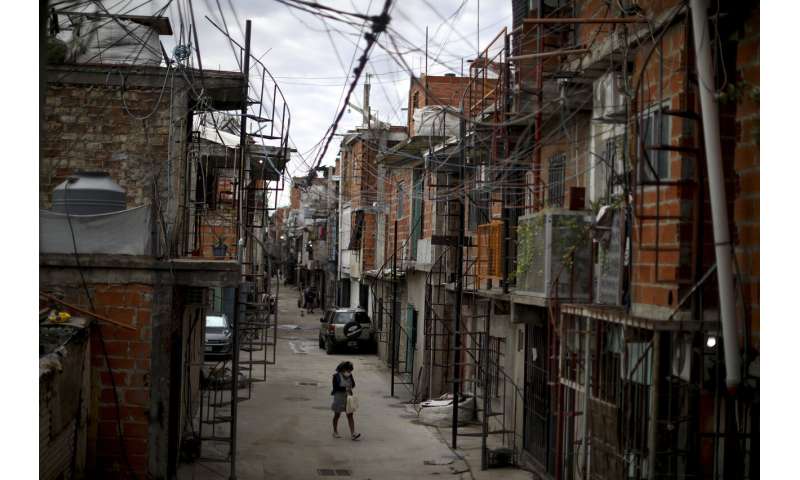 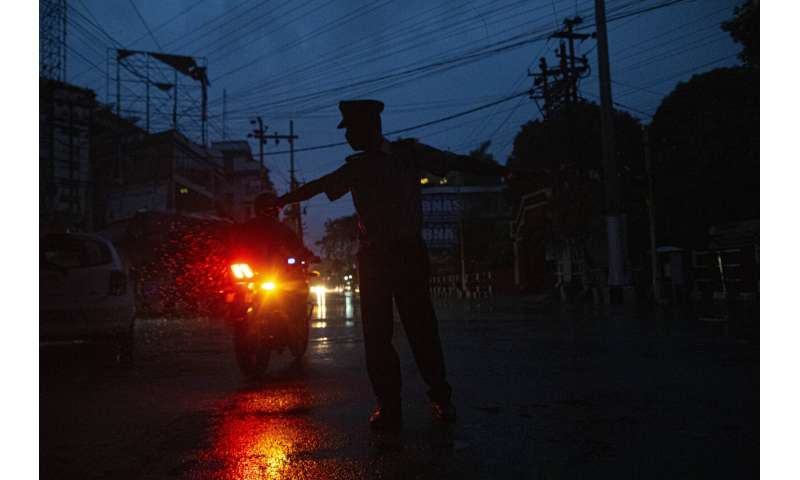 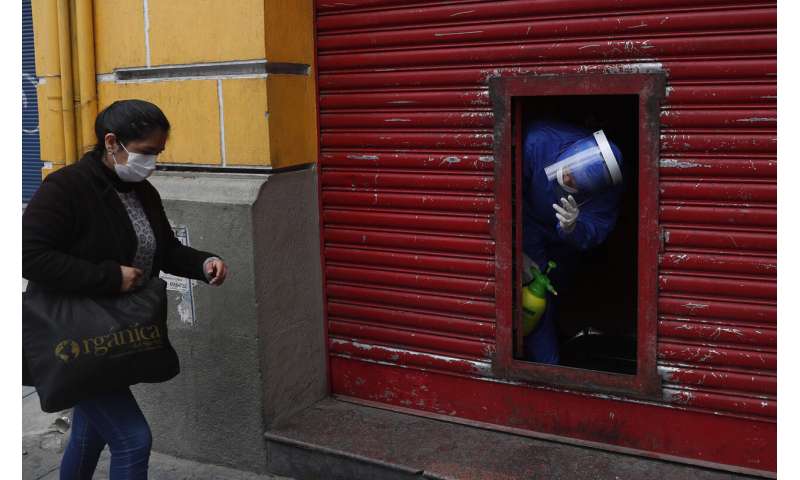 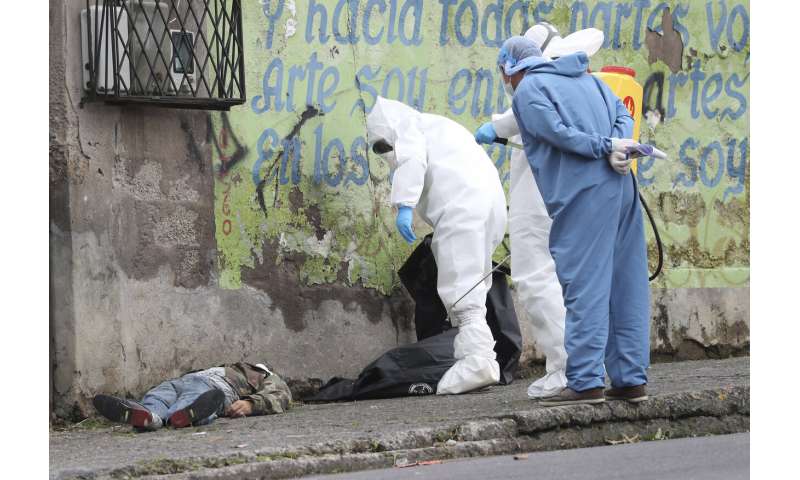 When the still-locked-down area is included, new infections in the U.S. appear to be declining, according to the AP analysis. It found that the five-day rolling average for new cases has decreased from 9.3 per 100,000 people three weeks ago on April 13 to 8.6 on Monday.

But subtracting the New York area from the analysis changes the story. Without it, the rate of new cases in the U.S. increased over the same period from 6.2 per 100,000 people to 7.5.

While the daily number of new deaths in the New York area has declined markedly in recent weeks, it has essentially plateaued in the rest of the U.S. Without greater New York, the rolling five-day average for new deaths per 500,000 people dropped slightly from 1.86 on April 20th to 1.82 on Monday.

New York Gov. Andrew Cuomo said the national debate over when to reopen ultimately boils down to the value placed on people’s lives.