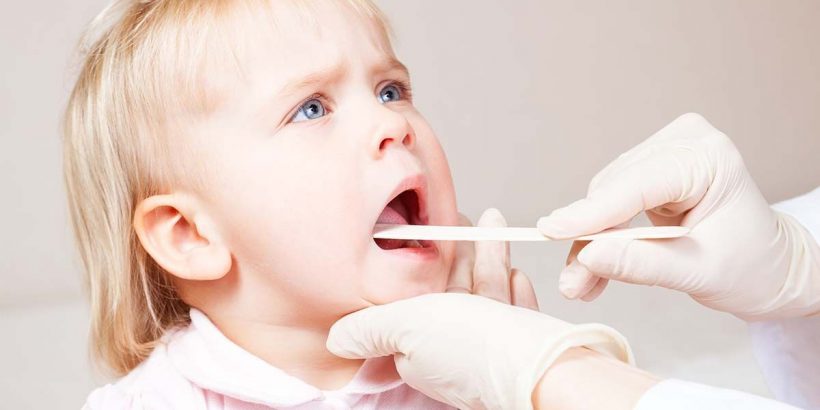 What is Strep A?

Strep A, or Group A Streptococcus, describes a bacteria that targets the throat and nose.

The bacteria is very common and lots of people will have it unknowingly. However, it can trigger infection characterised by symptoms like sore throat and swollen glands.

The bacterial culprit can also lead to other complications, such as scarlet fever, strep throat and impetigo.

Despite the rise in deaths this winter, life-threatening outcomes of Strep A are very rare.

Who can catch Strep A?

While the bacterial infection is more common in children, both adults and young ones can be struck by this bacterium.

Worryingly, streptococcus can sometimes live in your body without spurring on any uncomfortable symptoms but you can still pass the bacteria to others, despite feeling healthy.

What are the symptoms of Strep A in adults and children?

Both the NHS and the Centers for Disease Control and Prevention don’t differentiate between adults and children when it comes to symptoms.

READ MORE: Acute pharyngitis is the ‘most common’ symptom of Strep A to spot as deaths rise in the UK

According to the health bodies, the most “common symptoms” of strep A include:

The inside of your or your child’s throat could reveal the bacterial infection, with the back of the throat often showing white spots or streaks of pus. You can also notice red and swollen tonsils.

Furthermore, strep throat can start very quickly and cause you pain when you swallow.

Is Strep A contagious and how is it transmitted?

Group A strep bacteria are considered to be very contagious, spreading through coughs, sneezes, wounds and close contact.

Patients who are infected with the bacteria can spread it by talking, coughing, or sneezing, which creates respiratory droplets filled with the culprit.

Furthermore, it usually takes two to five days for someone exposed to Strep A bacteria to become ill.

Is there an antibiotics shortage?

Antibiotics, which are the main treatment for the bacterial infection, have been running in short supply, according to reports from some pharmacies.

However, Prime Minister Rishi Sunak has insisted that this is not the case.

The Prime Minister told MPs: “There are no current shortages of drugs available to treat this and there are well-established procedures in place to ensure that that remains the case.”

Some pharmacies continue to claim that certain penicillin types are in short supply, including liquid formulas that are easier for children to swallow.

New NHS guidance currently states that solid antibiotics can be sprinkled on food and given to children if the liquid versions are out of stock.

How many people have died from Strep A in the UK in 2022?

The latest reports on December 9 report that 15 children have now died from Strep A in Britain since September.

The UK Health Security Agency (UKHSA) has said there is no evidence that a new strain is circulating and that the rise in cases is most likely due to high amounts of circulating bacteria and increased social mixing.

In rare cases, streptococcus can get into the bloodstream and cause an illness called invasive Group A strep (iGAS). According to the UKHSA, there has been an increase in cases like this so parents should be on “the lookout” for any telltale symptoms and see a doctor as “quickly as possible” so that their child can be treated promptly.