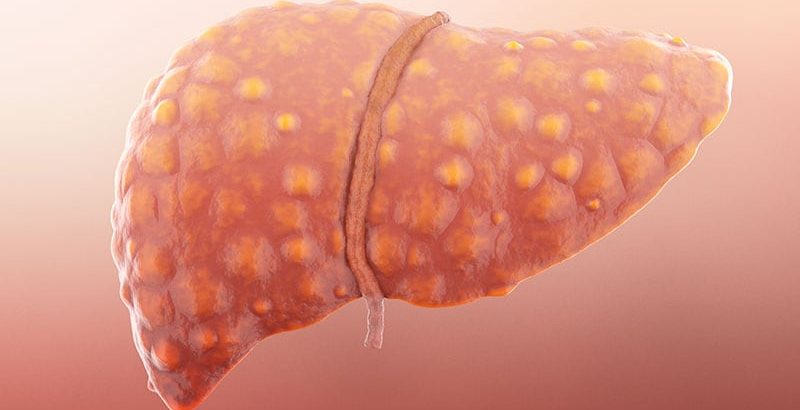 The G-CSF/prednisolone combination was also associated with significantly better steroid responsiveness, as determined by the Lille Model for Alcoholic Hepatitis, reported Shiv K. Sarin, MD, from the Institute of Liver and Biliary Sciences in New Delhi.

The drug combo in steroid-eligible patients also “reduces morbidity related to infections, rehospitalizations, and hepatic encephalopathy, reduces infection rates,” Sarin said at The Liver Meeting 2022, the annual meeting of the American Association for the Study of Liver Diseases. He did caution that the treatment requires close monitoring.

For patients with SAH, 30-day mortality ranges from 20%-50%. While some patients respond to treatment with corticosteroids, the response is often modest and limited in duration, Sarin said.

The STOPAH trial found that 15% of patients with SAH treated with prednisolone developed serious infections, compared with 8% of patients on placebo (P = .002), he noted.

Sarin also pointed to a recent worldwide study attempting to identify the optimal therapeutic window for steroid use in patients with alcoholic hepatitis. The investigators found that corticosteroids reduced 30-day mortality by 41%, but only among patients with SAH, especially those with Model for End-Stage Liver Disease (MELD) scores between 25 and 39.

In an interview with Medscape Medical News, Sarin said that although the use of G-CSF for patients with severe SAH is still under investigation at his center, “we are using G-CSF routinely for decompensated cirrhosis, where it is like an in vivo extension of regenerative stem cells. G-CSF recruits from bone marrow a lot of hematopoietic stem cells and mesenchymal stem cells.”

Sarin and colleagues hypothesized that G-CSF, with its immunomodulatory and regenerative properties, would be effective either alone or in combination with steroids in steroid-eligible patients with SAH.

To test this idea, they enrolled 126 patients ages 18-65 with SAH, defined as a Maddrey’s Discriminant Function (mDF) score greater than 32. They excluded patients with active infections, acute gastrointestinal bleeding, hepatorenal syndrome, an mDF score greater than 90, autoimmune hepatitis, hepatitis B or C, HIV, pregnancy, hemophagocytic lymphohistiocytosis, and those with hemoglobin below 8 and baseline white blood cell count over 25,000.

The patients were randomly assigned, 42 in each group, to receive one of the following:

In addition to its superior results on the primary endpoint of 90-day survival, combination therapy was associated with significantly better response to therapy. The mean Lille score at day 7 was 0.14 for the combination, compared with 0.21 for prednisolone alone and 0.28 for G-CSF alone (P = .002).

There were also significantly fewer nonresponders in the combination arm than either of the monotherapy groups (P = .03).

No differences in alcohol relapse rates were found among the three groups.

“I know a lot of the G-CSF studies that have been conducted in the US and Europe have all been negative,” said David Goldberg, MD, from the University of Miami, Miami, Florida, during the session. “Do you think there’s something unique in your patients, the microbiome or maybe genetics, that leads to such different results?” he asked Sarin.

European studies included patients with infections, acute kidney injury (AKI), or other comorbidities that were exclusion criteria in his study, Sarin noted.

The study was internally supported. Sarin and Goldberg report no relevant financial relationships.

Neil Osterweil, an award-winning medical journalist, is a long-standing and frequent contributor to Medscape.