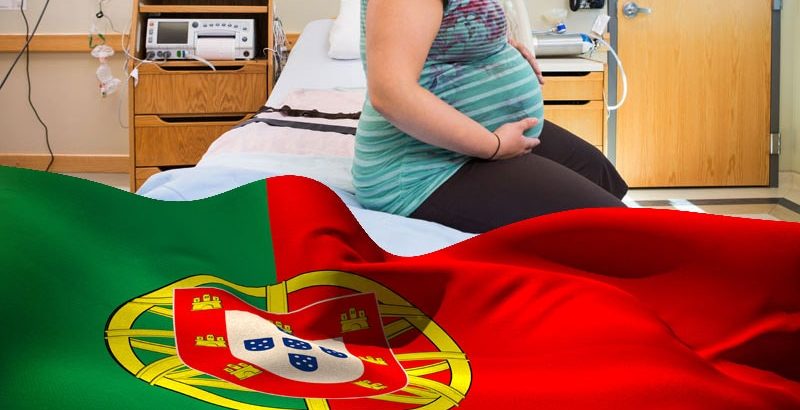 Lisbon — Portuguese National Health Service (SNS) hospitals have faced a series of problems involving urgent obstetric and gynecology services. Because of a shortage of professionals, particularly specialist clinicians, obstetrics departments in several areas of the country have had to close their doors or significantly limit services in recent weeks.

Although it has always been difficult to plan work schedules during the summer vacation period in Europe, the situation has worsened this year amid a new increase in COVID-19 cases among healthcare teams.

The shortage of clinicians tending to the population has resulted in chaos in emergency rooms and delivery wards. In response, the Portuguese Ministry of Health has created a special committee to monitor the situation and promised to hire more healthcare professionals as a medium-term solution.

Not even the Santa Maria Hospital, Portugal’s largest hospital, located in the capital, has managed to escape trouble. The hospital’s obstetrics department was left unable to accept any patients arriving via Portuguese National Institute of Medical Emergency (INEM) ambulances for 18 hours.

In the Algarve, in the south of the country, the Portimão Hospital’s obstetrics emergency department was closed for almost a week. The department reopened on June 20.

Interruptions to normal working procedures have affected several hospitals in various parts of the country, especially during nights and over weekends.

On the early morning of June 8, a baby died at the Caldas da Rainha Hospital, in Central Portugal, where the obstetrics emergency department was closed. The Portuguese Attorney General’s Office opened an inquiry to investigate the case.

From Public to Private

The obstetrics and gynecology emergency departments and delivery wards have a minimum number of specialists that they need to function. Team sizes and the minimum number of clinicians required vary according to the services provided and the department’s annual birth rate.

When they cannot ensure the required number of professionals, the emergency rooms end up closing.

“When you’re working on a knife edge, all you need is one or two missing [clinicians] for everything to go wrong,” explained Ana Reynolds, MD, obstetrician and co-chair of obstetrics and gynecology at the University of Porto School of Medicine, Porto, Portugal, during an interview with the Expresso newspaper.

Although official statistics indicate there is no shortage of specialists in Portugal, many clinicians opt out of working in the SNS.

More and more young professionals are choosing not to work in public hospitals. “Many young clinicians prefer to work in the private sector. There, they get better working conditions, higher pay, and a professional stability the SNS is unable to offer,” the Portuguese Medical Association pointed out.

An article published in May in the journal Acta Médica Portuguesa presented a demographic and professional analysis of specialists in obstetrics and gynecology registered in Portugal. The study demonstrates that the question of an aging workforce in the SNS contributes to the problems in emergency rooms.

“In Portugal, there is no shortage of specialists in obstetrics and gynecology in absolute number. However, there is a high number of specialists aged over 55, and they have the right to stop providing services in emergency rooms. This, added to regional discrepancies, contributes to the continuing shortage of these professionals in several facilities, particularly public hospitals,” the study reports.

Marta Temido, the Portuguese minister of health, announced the creation of a special committee to monitor the situation. The aim is to integrate the hospitals in each region better, allowing for better distribution of resources.

“We do not rule out the hiring of foreign clinicians and, if we have difficulties training specialists here [in Portugal], we will also consider training them in other countries,” Temido added.

In addition to more immediate solutions for the issues in emergency rooms, the government also announced a medium‑term plan for hiring more professionals for the SNS. This includes 1600 positions for recently trained specialists in various medical fields.

The government has also expressed its openness to reviewing overtime pay rates for SNS clinicians.

This article was translated from the Medscape Portuguese edition.