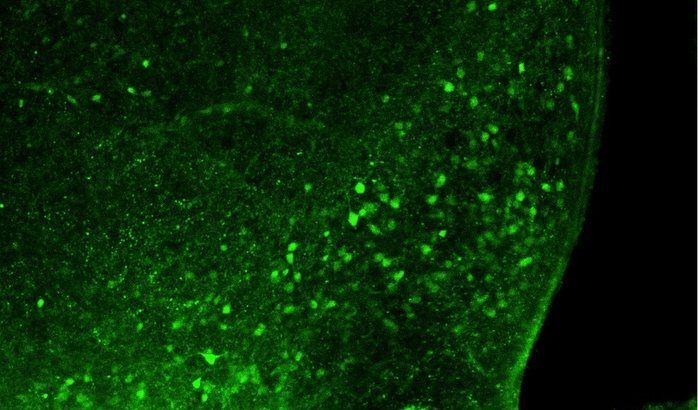 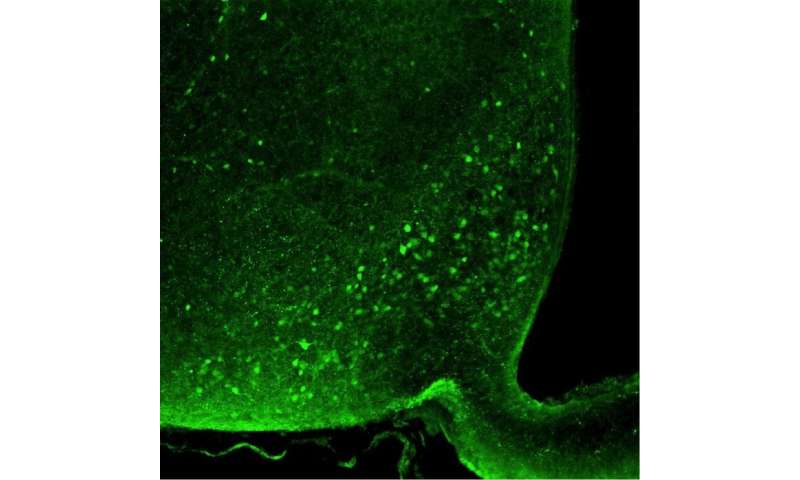 High-calorie, energy-dense foods are constantly available in our modern society. Researchers at the Max Planck Institute for Metabolism Research in Cologne have discovered that a group of nerve cells in the brains of mice promotes the consumption of high-fat food. If these so-called nociceptin neurons in the hypothalamus are activated, the animals start to eat more.

Since the 1980s, there has been a worldwide increase in obesity and associated diseases such as diabetes mellitus and cardiovascular disease. Researchers from the Max Planck Institute for Metabolism Research from the laboratory of Jens Brüning have used mice in animal studies to investigate which nerve cells control the overeating of high-calorie, energy dense food. For this purpose, the animals were fed a high-fat diet and examined afterwards. “Just three days of a high-fat diet feeding were sufficient to detect increased activity of nociceptin neurons in a specific region of the brain, the arcuate nucleus of the hypothalamus,” says Alexander Jais, first author of the current study.

Does obesity start in the brain?

Consumption of energy-dense food leads to a disruption of energy balance and to an increased intake of calories. “We are constantly surrounded by cheap, palatable, energy-dense foods and our brains are wired in such a way that we particularly prefer these foods,” says Jais. “It is still not known why some people manage to eat only as much as they need and others do not. The individual activity of nociceptin neurons could be an important piece to the puzzle. Their activity promotes overconsumption, making them an attractive target for the prevention and treatment of obesity.”