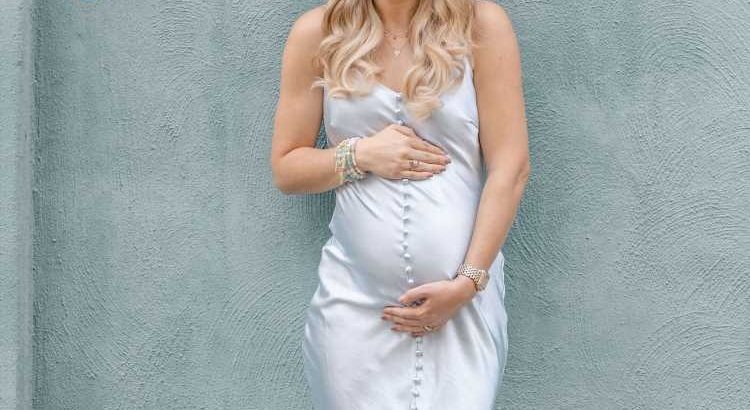 Eliza Limehouse is going to be a mom!

The former Southern Charm star is expecting her first child with husband Mark "Struthers" McBride, Jr., — and it's a boy, PEOPLE can exclusively reveal.

"I was really surprised!" Limehouse tells PEOPLE of finding out she was pregnant. "I was feeling a little off so I decided to take a pregnancy test and it was positive. For the first few minutes I was in shock, but Struthers was immediately so excited and so supportive."

"I always knew I wanted to be a mom," she adds. "I'm just so grateful and excited. I can't wait to meet my baby. It's such a blessing."

A few weeks later, the couple found out they are expecting a baby boy — another surprise for the reality star!

"I was convinced it was going to be a girl!" she says, laughing. "We have my girl clothing from my sister and my mom saved all my baby clothes. I didn't expect to be picking out boy stuff, but it's been really fun and I've had a good time with it. Struthers couldn't be happier." In PEOPLE's exclusive photos taken at the Indigo Inn and Jasmine house in South Carolina, Limehouse shows off her baby bump while wearing a light blue dress from Nest Ashville. She also had her longtime hairstylist Chelsea Shea help her get ready for the shoot.

"My dress looks just like the one I wore for my engagement," she says. "I guess it was fate that we would have a boy."

Due in December, Limehouse says that while she experienced some morning sickness early on, she's loved being pregnant.

"I've been hungry 24/7," she says. "I'm normally not a sandwich person, but I have been going to Subway like every other day. I'm obsessed with Subway and candy right now." And with Struthers coming in at 6'4",  and even taller men in her extended family, Limehouse jokes that she'll likely have an athlete on her hands.

"He's already so tall in my belly," she says. "My mom keeps joking that he's going to be a golfer or a basketball player."

News of Limehouse's pregnancy comes just one week after PEOPLE exclusively announced her surprise wedding to McBride. The two tied the knot in an ultra-private ceremony at her grandparents' estate in South Carolina.

"The day was perfect," Limehouse told PEOPLE. "I've never felt so calm and at peace."