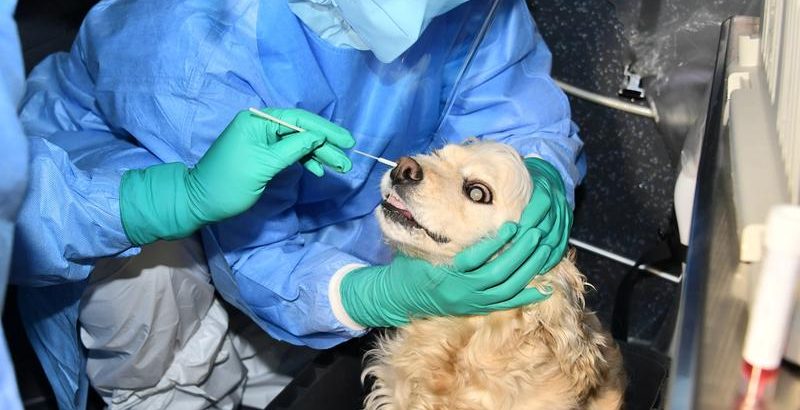 (Reuters) – A pet dog owned by a coronavirus patient in South Korea was tested for COVID-19 on Wednesday after showing symptoms, including a runny nose.

The 8-year-old female Cocker Spaniel will now be isolated at home for 14 days with only its owner for company, the Seoul Metropolitan Government said.

The owner reported that the dog showed symptoms of fever and a runny nose after health authorities sent out an epidemiological survey to pet owners.

A veterinarian took samples from her nose and rectum and transferred them to Seoul’s Animal Sanitation Laboratory, the city office said. The samples have been tested at the laboratory and will be released later on Wednesday.

South Korea reported its first confirmed case of an infected pet in late January after a kitten tested positive for COVID-19.

Health authorities said they assumed the cat was infected by its owners, who were confirmed coronavirus cases, and decided they could not let sleeping dogs and other pets lie.

“People are worried after the first COVID-19 case in an animal was confirmed in the country. Therefore, we are starting the test to secure the animals’ safety,” said Song In-jun, an official in Seoul’s Animal Protection Division.

The city government said on Monday there was no evidence the coronavirus is transmitted from animals to humans but advised citizens to keep their dogs at least two metres away from other animals when walking them and to follow anti-virus measures.