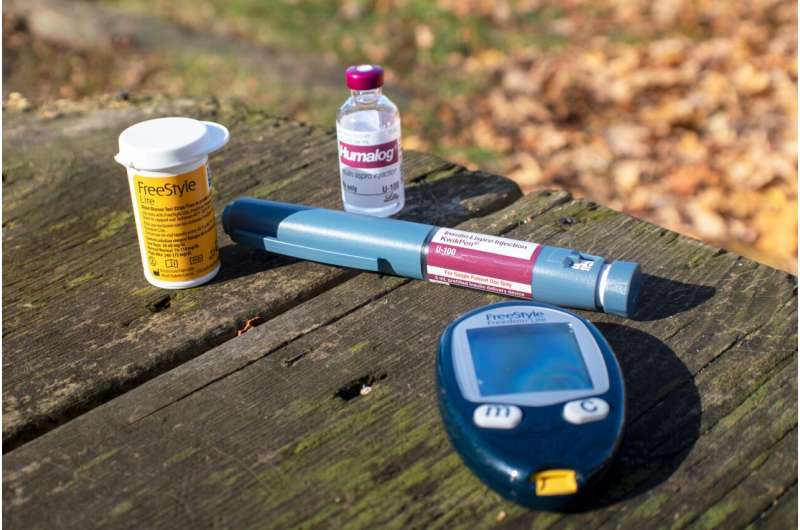 Like many moms, Asmita Patel has struggled to find time to exercise in recent years.

Between working, taking care of her children, caring for relatives and shuttling her kids to activities, she didn’t work out much. That changed, however, last month when the Niles woman and her 13-year-old daughter joined a Northwestern University Feinberg School of Medicine clinical trial focused on getting South Asian women—who have high rates of diabetes and other ailments—to exercise more.

Now Patel and her daughter participate in weekly Zoom workout classes and discussions about culture, exercise and health with other Chicago-area South Asian mothers and daughters.

“I wanted to make sure that I’m healthy so it helps me throughout my whole life, and I can also teach my kids, as they are growing up, to understand,” said Patel, who moved to the U.S. from India about 15 years ago.

Patel and her daughter are among 60 mother and daughter pairs who are part of the ongoing, community-based clinical trial, which Dr. Namratha Kandula started about three years ago. She and other researchers embarked on the project in hopes of finding a way to address high rates of diabetes, gestational diabetes and cardiovascular issues among South Asian women in the U.S.

About 23.3% of South Asian people in a nationally representative survey of U.S. adults had diabetes between 2011 and 2016, according to a study published in the Journal of the American Medical Association. By comparison, 12.1% of white people, 20.4% of Black people and 22.1% of Hispanic people surveyed had diabetes during that same time.

Researchers don’t fully understand why South Asian people get diabetes at such high rates, but say a number of factors may be to blame.

South Asian people carry weight differently than other groups, more often around their abdomens rather than in their legs or hips, said Kandula, who is a professor of medicine and preventive medicine at Feinberg. It may also be because of the foods popular among South Asian cultures. They also may not exercise much.

The reasons for not exercising vary, especially by South Asian culture, Kandula said. South Asian people are a diverse group who hail from countries including Bangledesh, India, Nepal, Pakistan, Sri Lanka and Bhutan.

“Women and girls of South Asian backgrounds face some really distinct barriers to being able to exercise and be physically active,” Kandula said.

Depending on the culture, some South Asian women may not want to wear immodest workout gear in public, or may feel self-conscious going to a gym in traditional clothes.

Some may not want to go to a class that resembles dancing. In the study, one group of Muslim South Indian women chose not to have music during their workout classes, Kandula said.

There’s also a belief in some South Asian cultures that the only reason to exercise is to lose weight, so thin people don’t need to hit the gym, Kandula said.

Shazia Fazal, of Rogers Park, said she didn’t think much about her health before joining the study. She was too busy taking care of her kids, her husband and her home, she said. She eventually was told she had prediabetes.

She learned through the study’s exercise classes and discussions that it’s important to take time for her own health, she said.

Exercise may not be a priority for many South Asian people, especially those who were immigrants, because they’re so focused on education and on providing for their families, to ensure their kids get the kinds of lives that prompted their moves to the U.S. in the first place, Kandula said.

“I think South Asian people, they work hard,” said Shabana Saleem, of Skokie, who is participating in the study. “They don’t take time for themselves. They think they can make money here and they work hard because they are making money for their kids.”

The study aims to see if offering workout classes and discussions for South Asian women and their daughters increases physical activity over the long-term, increases the women’s confidence to exercise, and increases communication between mothers and daughters about health and physical activity.

For the study, half the participants are put into an intervention group, in which the mothers participate in exercise classes twice a week and the daughters, ages 11 to 16, once a week, and they also take part in group Zoom discussions. The classes and discussions last for 18 weeks. The other mother-daughter pairs are put into a control group, in which they get only pamphlets about the importance of exercise.

Researchers measure the mothers’ and daughters’ physical activity levels through wearable monitors, and take their blood pressure and weight before they start the classes, after the classes end and then again a year after they first joined the study.

The Skokie Park District, the Skokie health department, Metropolitan Asian Family Services and Skokie-Morton Grove School District 69 are partnering with Northwestern on the study, helping to recruit participants and providing input on the research design.

“Our health is the least priority, is the last thing we think about,” said Subia Javed, a family liaison for District 69, who’s been helping to recruit study participants and coordinate activities. “This is really important to encourage them and make them physically active, otherwise we have diabetes and heart issues at an early age.”

Study participant Saleem said since she started taking the classes, she’s lost weight and her health has improved. She’s also enjoyed doing the exercise classes with her 13-year-old daughter—her youngest child who is otherwise often busy.

“We get the bonding,” Saleem said. “I can spend my time with her.”

Fazal’s daughter, 15-year-old Rania Zubair, said she’s enjoying spending time with her mom and being physically active, especially after getting “lazy” during the height of COVID-19.

Fazal said since starting the classes her cholesterol level has gone down. The study gave her and her daughter a reason to exercise, knowing that they were expected in the class each week. It held them accountable and helped them think about the importance of staying physically active, she said.