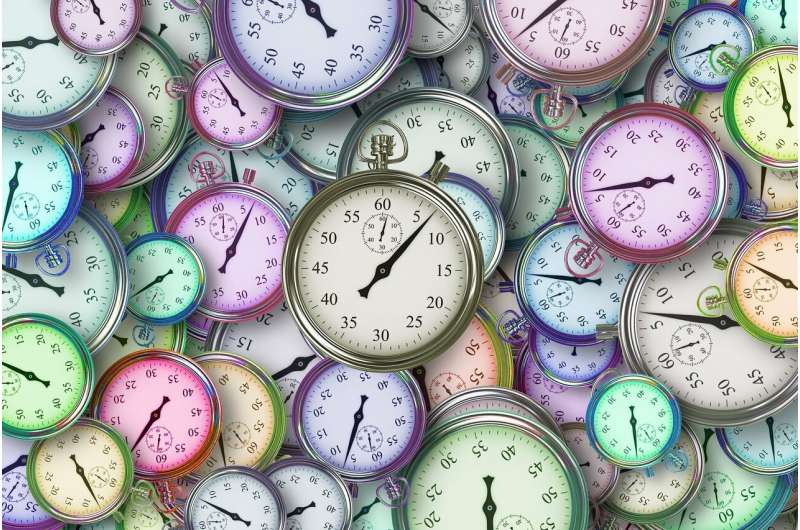 With the annual change from daylight saving time to standard time approaching on Sunday, Nov. 6, a new position statement from the Sleep Research Society is advocating for the elimination of daylight saving time and the adoption of permanent standard time. The position statement was published online Sept. 26 as an advance article in the journal Sleep.

Research shows that daylight saving time causes acute sleep loss and chronic circadian misalignment as the timing of natural light becomes desynchronized from normal physiological processes, resulting in dysregulation of melatonin and cortisol. Disruption of these hormones contributes to stress, altered metabolism and inflammation. This circadian misalignment would occur year-round if daylight saving time were to become permanent.

Daylight saving time shifts daylight into the early evening. In exchange, it extends darkness later in the morning, especially in the winter months, in northern regions, and in the western edges of time zones.

By increasing light exposure in the evening, daylight saving time can cause a delay in the body’s production of the sleep-promoting hormone melatonin, resulting in a later bedtime and a shorter sleep duration.

Chronic sleep loss is associated with increased risks of multiple health problems including obesity, diabetes, hypertension, cardiovascular disease, and depression. Because puberty causes the brain to release melatonin later at night, adolescents are especially vulnerable to the effects of daylight saving time, particularly when school schedules require teens to wake early in the morning.

“The Sleep Research Society strongly supports the adoption of permanent standard time,” said SRS President Namni Goel, who has a doctorate in biological psychology and is professor and director for adult chronobiology research in the department of psychiatry and behavioral sciences, and director of adult chronobiology and sleep medicine, at the Rush University Medical Center Biological Rhythms Research Laboratory in Chicago, Illinois.

“The SRS will continue to educate lawmakers and the public about the sleep and circadian science supporting standard time, and we will advocate for Congress to pass legislation restoring permanent standard time nationwide.”

In March 2022 the Senate passed the Sunshine Protection Act (S. 623), which would establish permanent daylight saving time in the U.S. in November 2023. However, a similar law enacted during the energy crisis of 1973—1974 was so unpopular that Congress repealed it less than one year later.

Public opposition to daylight saving time rose during the winter when it remained dark later in the morning. Parents were especially concerned about the safety of children going to school in the dark.