Scientists have found amyloid plaques, which are a characteristic of Alzheimer’s disease, in the brains of people with sleep apnea. 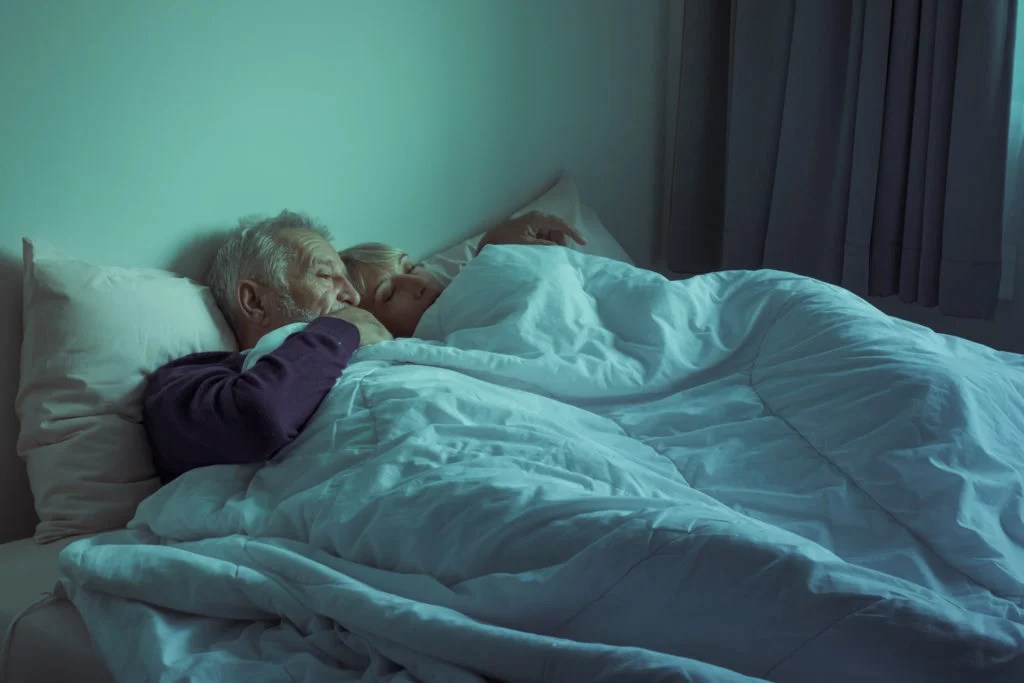 In a new study, French scientists scanned the brains of older adults. They found an association between sleep apnea and the presence of amyloid plaques and other biological changes associated with inflammation and Alzheimer’s disease.

The scientists published their findings in the journal JAMA Neurology.

What is sleep apnea?

Sleep apnea is a sleep disorder where a person involuntarily pauses breathing while asleep. The most common form of this condition is called obstructive sleep apnea. It occurs when a person’s upper airway becomes blocked as they sleep.

If left untreated, people with sleep apnea may develop other health complications, such as heart disease, high blood pressure, stroke, and depression.

Researchers have long suspected that sleep-disordered breathing, such as sleep apnea, increases the risk of developing Alzheimer’s disease. However, they could not pinpoint the biological mechanisms that link these two conditions.

Alzheimer’s disease is a leading cause of dementia in older people. Scientists estimate that 43.8 million people live with dementia globally.

A study in 2017 concluded that around 5% of people living in Europe have Alzheimer’s disease.

Tracking changes in the brain

In this latest research, the scientists recruited 127 retired men and women over the age of 65 living in France and already enrolled in a European-wide clinical trial assessing mental health and well-being in an aging population.

All of the participants answered questionnaires about their cognitive function and sleep quality. Only people who had no symptoms of memory loss could take part in the study.

The researchers gave each person a portable home device to record their sleep quality and breathing as they slept.

By measuring the frequency and duration of a drop in the participant’s nasal pressure, the researchers could split the participants into two categories: those with and without sleep-disordered breathing.

Link between sleep quality and dementia

The study team found that approximately 75% of the participants had sleep apnea, and there was a marked accumulation of amyloid protein in their brains compared with people who slept without interruption.

This type of protein accumulation is characteristic of Alzheimer’s disease when the protein forms plaques on the brain.

When they analyzed the data, the researchers found no difference between self-reported memory problems or feelings of sleepiness between the two groups.

“At a time when clinical trials of Alzheimer’s treatments are not yet successful, identifying risk factors and [protective] factors to target is of interest to a growing number of researchers.”

“Thanks to the use of multiple brain imaging methods, this study has enabled us to clarify the mechanisms explaining the links between sleep quality, risk of cognitive decline, and Alzheimer’s disease,” says senior author Dr. Géraldine Rauchs from the Universite de Caen, France.

“While this does not mean that these people will necessarily develop the disease, they are at higher risk. What is more, effective solutions exist to treat sleep apnea. Detecting and treating sleep disorders, particularly sleep apnea, will, therefore, form part of the arsenal for promoting successful aging,” she explains.

This is the first study of its kind to use multiple brain imaging methods on a large group of participants from the general community.

The researchers found an association between sleep apnea and markers for Alzheimer’s, which may show a common underlying biological mechanism. However, the study did not aim to show causality or whether the people with biological Alzheimer’s markers developed symptoms of dementia.

The researchers intend to continue their work by investigating whether there is a difference between brain lesions in males and females. They also plan to assess whether treatment for apnea can make a difference to brain changes.