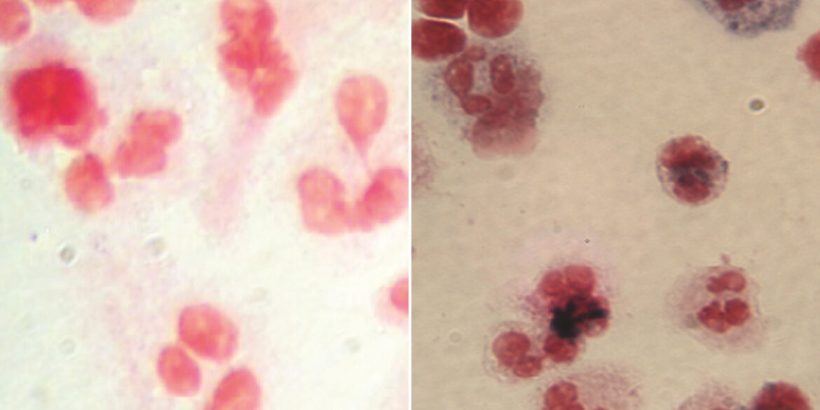 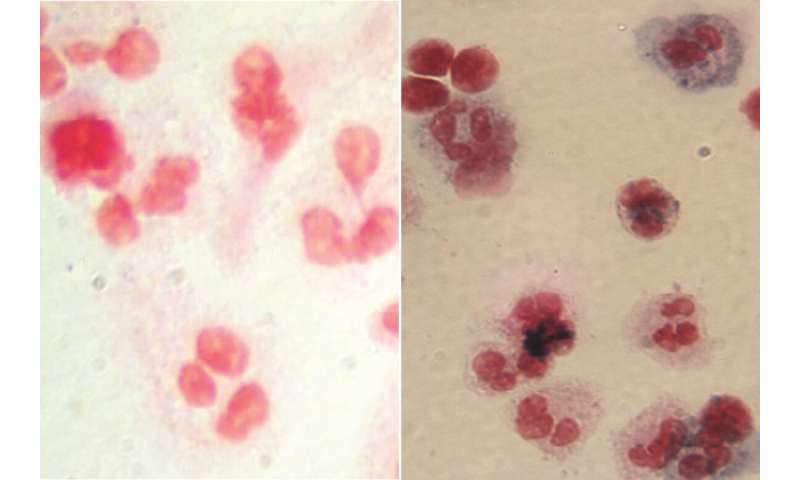 UCLA researchers are part of an international team that reported the use of a stem cell gene therapy to treat nine people with the rare, inherited blood disease known as X-linked chronic granulomatous disease, or X-CGD. Six of those patients are now in remission and have stopped other treatments. Before now, people with X-CGD—which causes recurrent infections, prolonged hospitalizations for treatment, and a shortened lifespan—had to rely on bone marrow donations for a chance at remission.

“With this gene therapy, you can use a patient’s own stem cells instead of donor cells for a transplant,” said Dr. Donald Kohn, a member of the Eli and Edythe Broad Center of Regenerative Medicine and Stem Cell Research at UCLA and a senior author of the new paper, published today in the journal Nature Medicine. “This means the cells are perfectly matched to the patient and it should be a much safer transplant, without the risks of rejection.”

People with chronic granulomatous disease, or CGD, have a genetic mutation in one of five genes that help white blood cells attack and destroy bacteria and fungus using a burst of chemicals. Without this defensive chemical burst, patients with the disease are much more susceptible to infections than most people. The infections can be severe to life-threatening, including infections of the skin or bone and abscesses in organs such as lungs, liver or brain. The most common form of CGD is a subtype called X-CGD, which affects only males and is caused by a mutation in a gene found on the X-chromosome.

Other than treating infections as they occur and taking rotating courses of preventive antibiotics, the only treatment option for people with CGD is to receive a bone marrow transplant from a healthy matched donor. Bone marrow contains stem cells called hematopoietic, or blood-forming, stem cells, which produce white blood cells. Bone marrow from a healthy donor can produce functioning white blood cells that effectively ward off infection. But it can be difficult to identify a healthy matched bone marrow donor and the recovery from the transplant can have complications such as graft versus host disease, and risks of infection and transplant rejection.

“Patients can certainly get better with these bone marrow transplants, but it requires finding a matched donor and even with a match, there are risks,” Kohn said. Patients must take anti-rejection drugs for six to 12 months so that their bodies don’t attack the foreign bone marrow.

In the new approach, Kohn teamed up with collaborators at the United Kingdom’s National Health Service, France-based Genethon, the U.S. National Institute of Allergy and Infectious Diseases at the National Institutes of Health, and Boston Children’s Hospital. The researchers removed hematopoietic stem cells from X-CGD patients and modified the cells in the laboratory to correct the genetic mutation. Then, the patients’ own genetically modified stem cells—now healthy and able to produce white blood cells that can make the immune-boosting burst of chemicals—were transplanted back into their own bodies. While the approach is new in X-CGD, Kohn previously pioneered a similar stem cell gene therapy to effectively cure a form of severe combined immune deficiency (also known as bubble baby disease) in more than 50 babies.

The viral delivery system for the X-CGD gene therapy was developed and fine-tuned by Professor Adrian Thrasher’s team at Great Ormond Street Hospital, or GOSH, in London, who collaborated with Kohn. The patients ranged in age from 2 to 27 years old; four were treated at GOSH and five were treated in the U.S., including one patient at UCLA Health.

Two people in the new study died within three months of receiving the treatment due to severe infections that they had already been battling before gene therapy. The seven surviving patients were followed for 12 to 36 months after receiving the stem cell gene therapy. All remained free of new CGD-related infections, and six of the seven have been able to discontinue their usual preventive antibiotics.

“None of the patients had complications that you might normally see from donor cells and the results were as good as you’d get from a donor transplant—or better,” Kohn said.

An additional four patients have been treated since the new paper was written; all are currently free of new CGD-related infections and no complications have arisen.

Orchard Therapeutics, a biotechnology company of which Kohn is a scientific co-founder, acquired the rights to the X-CGD investigational gene therapy from Genethon. Orchard will work with regulators in the U.S. and Europe to carry out a larger clinical trial to further study this innovative treatment. The aim is to apply for regulatory approval to make the treatment commercially available, Kohn said.

Kohn and his colleagues plan to develop similar treatments for the other forms of CGD—caused by four other genetic mutations that affect the same immune function as X-CGD.