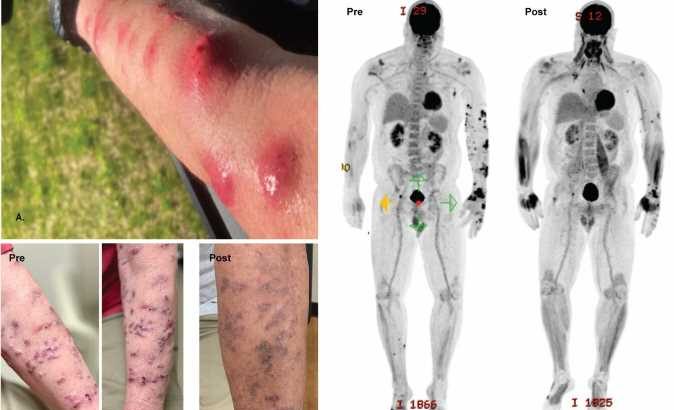 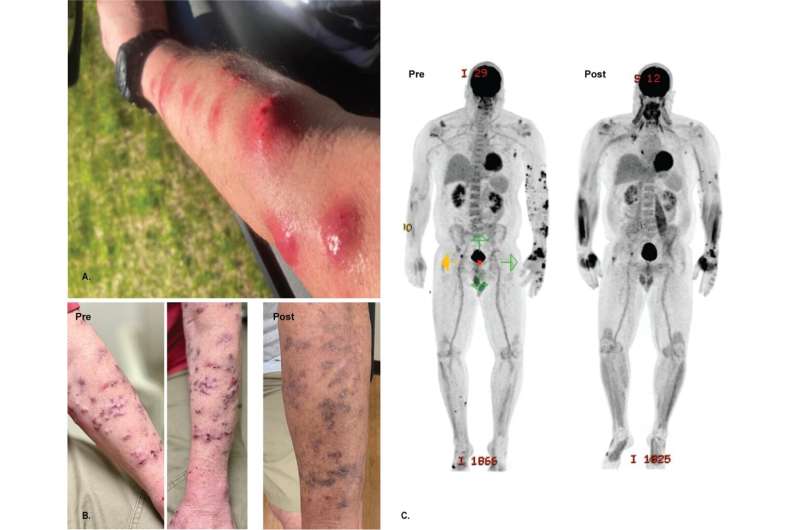 A team of researchers from Brigham and Women’s Hospital, the University of Pittsburgh and the University of California San Diego used a single bacteriophage to treat an immunocompromised patient with an antibiotic-resistant infection. In their paper published in the journal Nature Communications, the group describes how they found the right bacteriophage for the patient and how well it worked when administered.

As many of the antibacterial agents used today become less effective due to antibiotic resistance, scientists have been turning to other options to treat bacterial infections. One approach under study is the use of bacteriophages, which are viruses that attack and kill bacteria. The current method to test them is to create a cocktail of bacteriophages and give it to a patient to see how they respond. In this new effort, the researchers took a more direct approach. They selected a patient who suffered from the autoimmune disease rheumatoid arthritis and who was infected with Mycobacterium chelonae, a bacterial skin disease known to have developed resistance to most antibiotics.

They sent a sample of his infected skin to team member Graham Hatfull, who works at a lab that oversees the SEA-PHAGES project (the team there has amassed data on more than 2,000 phages). Testing of multiple phages led him to one called Muddy. Convinced it could help the patient in Boston, he cultured a large sample of the phage and sent it to the team at Brigham and Women’s Hospital. The team there first removed as much of the infected skin from the patient as possible, prescribed antibiotics and then injected the bacteriophage.