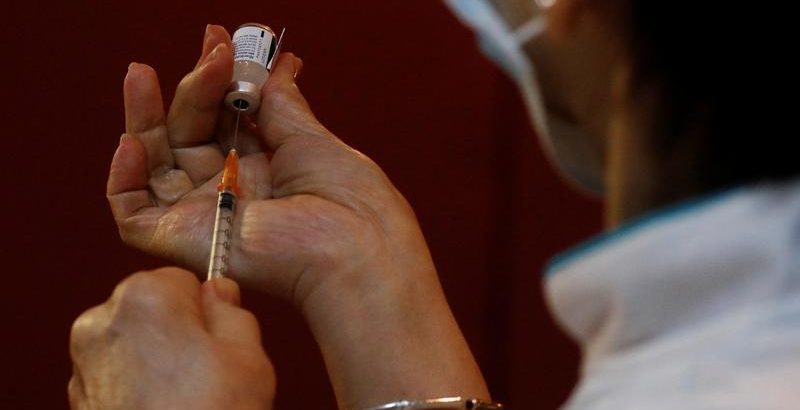 SINGAPORE (Reuters) – Singapore received its first batch of the COVID-19 vaccine made by China’s Sinovac Biotech on Tuesday, its health ministry said, although the shot is still awaiting approval for use in the city-state.

Sinovac has started submitting initial data but the Health Sciences Authority is currently awaiting all the necessary information to carry out a thorough assessment, the ministry said in a statement late on Wednesday.

Singapore is the only wealthy country considering the use of Sinovac’s vaccine, which has been found to have an efficacy rate ranging from about 50% to 90% in studies.

The city-state have been rolling out its COVID-19 vaccination programme over the last two months. It has approved shots from Pfizer-BioNTech, and Moderna.

The government has previously declined to give specific details on the deals struck with vaccine makers.

As an island nation heavily dependent on travel and trade, the Singapore government is keen to boost its economy with the help of the vaccine. Singapore is aiming to vaccinate its entire population of nearly six million people by the end of 2021.

Since the start of the outbreak, it has recorded a total of nearly 60,000 infections, most of which occurred in crowded foreign worker dormitories. Only 29 people have died from the disease in Singapore, according to its health ministry.

China, Brazil, Indonesia and Thailand are among the countries that have approved the Sinovac vaccine.