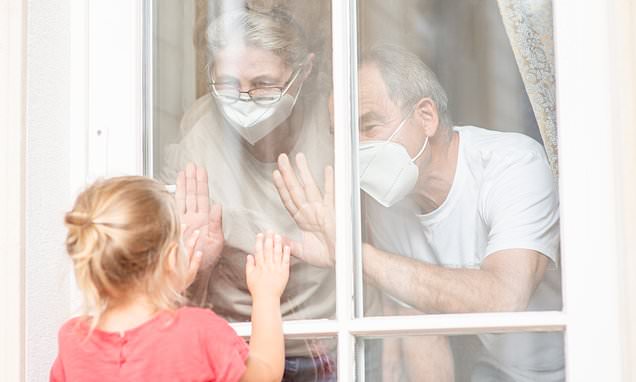 Should the most vulnerable be shielding again – no matter what health chiefs say?

The Covid-19 vaccines provide robust protection even to those most vulnerable to the virus, a recent study by Public Health England (PHE) concluded.

The report was welcome news to the four million Britons who had been sticking to the strictest shielding rules – such as not even leaving the house for exercise – for much of the pandemic.

But there was a caveat: ‘No vaccine is 100 per cent effective,’ advised PHE. ‘You should continue to take the extra precautions set out in this guidance to help protect yourself.’

The announcement was immediately met with criticism from charities, which accused PHE of being ‘misleading and dangerous’.

The Cystic Fibrosis Trust, Blood Cancer UK and Kidney Care UK, among others, have called for specific guidance for the most vulnerable after tomorrow’s so-called Freedom Day.

And all this has made for a confusing message, with social media awash with former shielders asking: Am I safe?

Experts are most concerned for those who have severe immune-system problems, as these limit the body’s response to the vaccine and the protection it should provide. 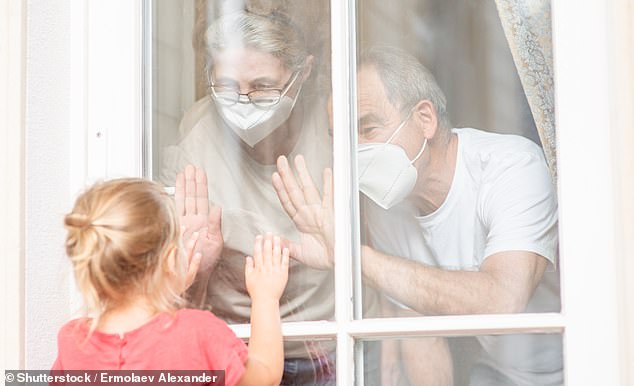 The Covid-19 vaccines provide robust protection even to those most vulnerable to the virus, a recent study by Public Health England (PHE) concluded. The report was welcome news to the four million Britons who had been sticking to the strictest shielding rules – such as not even leaving the house for exercise – for much of the pandemic. But there was a caveat: ‘No vaccine is 100 per cent effective,’ advised PHE

These include patients with kidney disease and blood cancers – which compromise the white blood cells responsible for making antibodies that fight off viruses – and people taking drugs that suppress the immune system for illnesses such as multiple sclerosis, cystic fibrosis and inflammatory bowel disease.

Roughly half a million Britons are estimated to fall into this category, according to Professor Adele Fielding, president of the British Society for Haematology.

Covid Q&A: I’ve just been pinged by the NHS app – do I really have to isolate?

Q: I’ve been pinged by the NHS Covid app – but I’ve been double-jabbed and I’ve read the app is playing up anyway. Do I really need to isolate?

A: More than half a million Britons were ‘pinged’ by the NHS Covid app last week – the highest figure yet recorded – meaning they had come into close contact with someone who’d later tested positive for Covid, so must isolate for up to ten days.

The app works by keeping a record of every time two users spend 15 minutes or more within two metres of each other.

If one of them tests positive, an alert is then automatically sent to the other telling them to go into quarantine.

From August 16, people who are fully vaccinated will be exempt from quarantine orders.

At that time, Ministers believe enough of the population will have been jabbed to make relaxing this restriction feasible as it won’t have a significant impact on viral transmission.

Government advisers are said to be looking at whether this date could be brought forward, particularly if someone who was double-jabbed also had a negative test result. But this is not the case at present.

The isolation order is not legally binding, because the app system works anonymously and is therefore impossible to enforce.

However, Ministers and scientists say the public should follow the guidance in order to break chains of virus transmission.

Responding to suggestions that the app was malfunctioning, Professor Jon Crowcroft, a computer systems expert at the University of Cambridge, said: ‘The number of notifications is exactly what you’d expect, given 250,000 people tested positive in the last week alone. There’s nothing wrong with the app – people just aren’t socially distancing enough.’

Dr Simon Clarke, Associate Professor in Cellular Microbiology at the University of Reading, said: ‘Around one-third of people who are asked to self-isolate go on to become ill themselves. This proportion has remained consistent in recent weeks.

‘It is still perfectly possible to be double-jabbed and catch the virus. It is a great inconvenience to be asked to stay at home for ten days, but it is much, much more damaging for people’s health and the economy to have a rampant new wave of infections ballooning out of control.’

While PHE says the Covid vaccines remain 80 to 89 per cent effective for most shielding groups – a similar level to healthy people – for those with compromised immune systems their protection was notably diminished.

One dose was just four per cent effective, while two granted 74 per cent protection.

PHE looked at the medical records of about a million Britons to come up with the figures, but could not supply a breakdown of the details of the participants, which experts say is a crucial flaw.

‘The specific condition, type of medication, age and stage of illness will make a difference – each subgroup will be affected in a different way.’

But some early studies offer clues. Cancer specialists in the US found that under ten per cent of blood cancer patients taking the immune-suppressing drug rituximab produced Covid-fighting antibodies after two Pfizer jabs.

Elsewhere, patients who rely on high doses of steroids to treat conditions such as arthritis, multiple sclerosis and ulcerative colitis have been found to produce ten times fewer antibodies than normal, according to a University of Washington study.

Speaking to The Mail on Sunday, one emergency care doctor working in the North told of treating a double-vaccinated arthritis patient who had become severely ill with Covid due to the ‘huge dose of immune-suppressing steroids she was taking’.

Perhaps the worst outcomes have been seen in patients who had recently undergone a kidney transplant, according to an analysis of 14 studies by researchers at the Francis Crick Institute in London.

In some studies just three per cent of patients had developed Covid-19 antibodies three weeks after their second jab.

However, experts advised caution when interpreting the results, saying it’s not yet clear how important antibody response is as they aren’t the body’s only line of defence.

Prof Fielding, who is also consultant haematologist at University College London Hospital, adds: ‘There are other immune-system proteins that vaccines generate, which provide protection, but these are harder to study.’

Some studies have shown that while immune-suppressed patients don’t generate many antibodies following a vaccine, they do produce a significant number of Covid-specific immune-system cells called T-cells.

In May, immunologists from the University of Pennsylvania suggested this may be true for blood cancer patients, as more than 200 of them showed a significant surge in these T-cells after Covid infection, despite very low antibodies.

Those with the highest number of T-cells were three times more likely to survive the infection than those with low T-cell counts.

But until more concrete data is published – which is due within the next six months – the consensus from experts is ‘remain cautious’.

People with blood cancer, both those in remission and those undergoing treatment, should take extra precautions but not necessarily shield.

When creepy-crawlies keep bugging you

Ever had a momentary feeling of creepy-crawlies on your skin after spotting a spider in the bath?

Then spare a thought for sufferers of Morgellons disease, who can feel things biting, stinging and crawling on them 24 hours a day.

Most blighted by this bizarre affliction end up with sores and scars as a result of their constant urge to scratch.

In January, US researchers concluded that there were no organisms physically living under the skin of sufferers, as had been suggested, and instead labelled Morgellons a psychiatric disease that triggers ‘delusional infestation’.

‘Wear a well-fitting medical-grade FFP2 mask [available in pharmacies], rather than a cloth one, as these have been shown to offer greater protection to the individual wearing them. Work from home if you can and try to make sure the people you are seeing outside of work are vaccinated.’

Prof Fielding also suggests, for those under the ongoing care of a consultant, that after their second jab they ask their doctor to conduct Covid-19 antibody tests.

‘It’s not perfect but it should give some indication as to who has at least some level of protection,’ she says.

‘If patients continue to show an antibody count of zero, it’s likely they’ll have reduced protection, so need to take extra care.’

Blood cancer patients who have recently undergone a stem-cell transplant will have to wait a year before having a vaccine to give their immune system enough recovery time, she adds.

For others taking medications mentioned above, or with conditions that cause the immune system to malfunction, doctors say a conversation with a GP is essential.

‘There’s a wide variety of patients in this group,’ says Dr Fielding.

‘For some, particularly those on low doses of medications, or with mild disease, the protection from two jabs may be robust but each patient is different.’

But will those who aren’t so lucky be forced to shield for ever?

Experts suggest it’s too early to say as there isn’t enough real-world evidence about how vulnerable these groups will turn out to be after vaccination.

For now, it’s about balancing the risks and benefits of any given situation, says Prof Fielding.

‘Many won’t be going out clubbing anyway, and most won’t want to stop taking precautions,’ she adds.

‘Having said that, our aim is to help patients live their life, and I don’t want them to spend it locked inside.

‘But the fact is I have seen numerous of these patients killed by viruses over the years. And as cases continue to rise, it is better to be safe than sorry.’