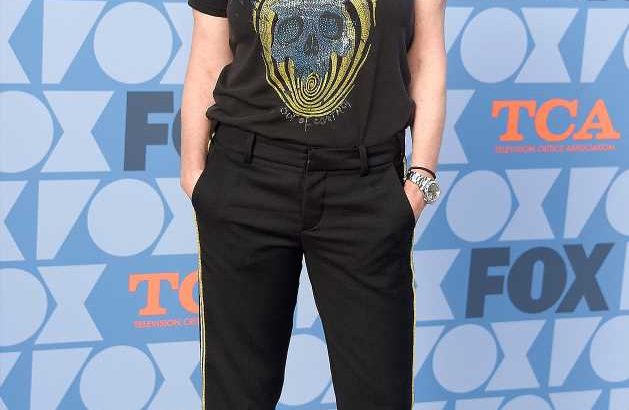 Shannen Doherty says she's not ready to be put “out to pasture.”

A year and a half after being diagnosed with stage 4 breast cancer, Doherty, 49, feels strong and healthy, despite her terminal disease.

“It’s like anybody with Stage 4 faces this sort of thing, where others want to put you out to pasture,” the Beverly Hills, 90210 star tells ELLE magazine. “I’m not ready for pasture. I’ve got a lot of life in me.”

Doherty was diagnosed after noticing a sharp pain in her back.

Her oncologist confirmed that her breast cancer had returned and spread to her spine, becoming stage 4 metastatic cancer. Doherty started hormone therapy along with another stabilizing drug, but her cancer is terminal, and will likely spread to her brain, lungs and liver. At first, Doherty said, she wondered why this was happening to her.

But that same day of her diagnosis, Doherty came to terms with the news.

“At the end of that, what I came out with was, I have good karma. It may not seem like it, but I’ve been a really good human being,” she said, in reference to the years of negative press about her attitude.

It helped, she said, that she had already moved past those tumultuous Beverly Hills, 90210 years after her first breast cancer diagnosis in 2015.

“When I got cancer the first time, it was this really beautiful thing, because it finally stripped all of that away. Those walls were, like, eliminated. That sort of childhood resentment — 19 to me is childhood — was gone,” she said.

Now, Doherty is doing well at home in Malibu with her husband, photographer Kurt Iswarienko. Because she is at a high risk of dying if she contracts COVID-19, they’ve hunkered down through the pandemic, taking up gardening and woodworking. Doherty eventually plans to write letters to her mother, to Kurt, to her friends, for after her death, but said she’s not quite ready for that yet.

“There are things I need to say to my mom. I want my husband to know what he’s meant to me,” she said. “But whenever it comes time for me to do it, it feels so final. It feels like you’re signing off, and I’m not signing off. I feel like I’m a very, very healthy human being. It’s hard to wrap up your affairs when you feel like you’re going to live another 10 or 15 years.”