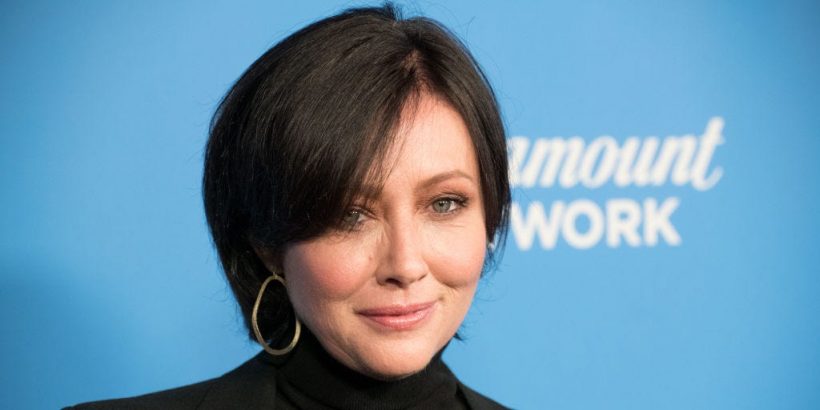 The 48-year-old actress, known for her roles in hit TV shows including Charmed and 90210, was first diagnosed with breast cancer that had spread to her lymph nodes in 2015. Her treatments included anti-estrogen therapy, a lumpectomy, a mastectomy, and eventually chemotherapy and radiation.

But on Tuesday, Doherty revealed that her cancer returned a year ago, and it has now spread to other organs, making it stage four.

She kept it a secret from most people, she said, because she wanted to prove that she could still work — in part, as a tribute to her co-star Luke Perry, who died from a stroke at the age of 52.

"One of the reasons, along with Luke, that I did '90210' and didn't really tell anybody because I thought, people can look at that other people with stage four can work too," she said on GMA. "Like, you know, our life doesn't end the minute we get that diagnosis. We still have some living to do."

Stage four is the most advanced stage of breast cancer, and means the cancer has spread to other parts of the body outside of the breast, like the lymph nodes, bones, and, in some cases, organs including the lungs, liver, or brain.

While such advanced cancers are considered incurable, some drug treatments may help people live longer and improve their symptoms.

Treating a recurring cancer is also different that treating the disease the first time since cancer can become resistant to to chemotherapy and doubling up on treatments can make its long-term side effects like nerve damage worse.

It's unclear how Doherty is medically managing her disease.

Research on breast cancer patients whose disease has recurred suggests that they tend to be just as distressed when diagnosed a second time as they were when they received their initial diagnoses.

However, survivors seemed to be able to compartmentalize their stress the second time around and keep their diagnosis from completely upending their quality of life, at least early on, the researchers found, demonstrating their resilience.

In her work as a clinical psychologist who treats cancer patients and survivors, Lynne Wagner at the Wake Forest School of Medicine has found the experience the second or third time around, while equally stressful, is quite different.

"With an initial diagnosis, the focus is on planning treatment, getting through treatment, and then putting life back together after a major stressful event while hopefully leaving cancer behind," she told Insider.

"With a breast cancer recurrence, the future looks very different. Cancer is now a chronic condition, requiring ongoing treatment and much closer surveillance, with a greater likelihood of ongoing physical symptoms."

In that case, rather than simply trying to get through the disease, people with a cancer that's recurred tend to focus on their remaining life goals and confronting their mortality, Wagner added. "Legacy-building activities," she said, like making scrapbooks or recording audio stories, can be especially therapeutic at this stage.

Keeping your diagnosis a secret at work can save you from tedious questions, but it can be a 'double-edged sword'

With fewer Americans dying from cancer than ever before, more people are living and working with the disease.

Some people may find that work can help them maintain their identity or provide a distraction, not to mention supply a paycheck and health insurance.

Keeping it a secret, however, like Doherty, may be a "double-edged sword," Wagner told Insider.

On the one hand, work can be a "healthy distraction from the stress of managing a life-threatening illness," Wagner said, and keeping coworkers out of the loop can help prevent unwanted reminders ("How are you feeling?").

On the other hand, social support is proven to improve cancer patients' quality of life, emotional state, and prospects, so purposefully cutting that off may be unhelpful for some people, Wagner added.

Cancer and Careers, a nonprofit dedicated to helping people with cancer "thrive in their workplace," recommends telling your boss and HR department about your diagnosis to ensure you get protection under the Americans with Disabilities Act.

As for telling coworkers, it depends on your relationships and company culture.

For Doherty, telling one coworker on the 90210 reboot set, Brian Austin Green, gave her the support she needed.

"Prior to shooting he would always call me and say, 'Listen, you know, whatever happens, I have your back,'" Doherty said on GMA. "He would look at me and be like, 'We got this, kiddo'… so Brian helped me through a lot."