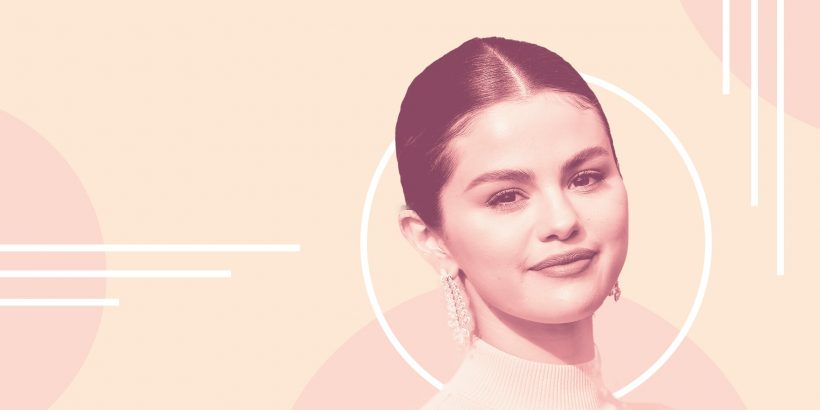 Selena Gomez surprised fans back in 2017 when she revealed on Instagram that she had recently received a kidney transplant. Now, she’s opening up about her insecurity about her kidney transplant scar—and a new swimsuit line that’s sending an important message.

“When I got my kidney transplant, I remember it being very difficult at first showing my scar,” she wrote on Instagram, alongside a photo of herself in a pretty blue one-piece with a zip. In the photo, a large scar is visible on Gomez’s inner thigh.

“I didn’t want it to be in photos, so I wore things that would cover it up,” she continued. “Now, more than ever, I feel confident in who I am and what I went through…and I’m proud of that.”

Gomez then had this to say: “T – Congratulations on what you’re doing for women, launching @lamariette whose message is just that…all bodies are beautiful.”

Head on over to La Mariette’s website, and you can see that the new swimwear line was designed by Gomez’s good friend and assistant Theresa Mingus. In the “About” section, Mingus wrote that she was “encouraged” in her designs by people from different backgrounds, as well as a “plethora of shapes and sizes.”

“I have always been focused on inclusivity and my immediate surroundings have supported my ability for me to push that agenda,” she wrote.

The La Mariette website features swimsuits on models of all shapes and sizes, including one called the Selena One-Piece (Play Date) that Gomez wore.

Gomez has previously been very open about her experience getting a kidney transplant. In 2017, she shared with NBC News how she needed a kidney due to her lupus, a condition that causes chronic inflammation and pain in any part of your body. Lupus can damage any part of the body, including the joints, skin, kidneys, heart, lungs, blood vessels, and brain, according to the US National Library of Medicine's Medline Plus resource.

“I had arthritis. My kidneys were shutting down. My mentality was just to keep going,” Gomez told NBC News.

Selena Gomez's friend, actress Francia Raisa, volunteered to test to see if she was a match and, surprisingly, she was. “She lived with me in this interesting time where my kidneys were just done. That was it and I didn't want to ask a single person in my life,” Gomez said. “The thought of asking somebody to do that was really difficult for me. And she volunteered and did it… The fact that she was a match, I mean, that's unbelievable.”

Gomez received a kidney from Raisa in surgery, but struggled with complications. She had to have even more surgery not long after her original procedure. “I was freaking out. It was a six-hour surgery that they had to do on me, and the normal kidney process is actually two hours,” she said. “Apparently one of the arteries had flipped. I'm very thankful that there are people who know what to do in that situation."

Gomez said that her surgery completely changed her health. “As soon as I got the kidney transplant, my arthritis went away,” she said. “My lupus —there’s about a 3 to 5 % chance it'll ever come back. My blood pressure is better. My energy, my life has been better."