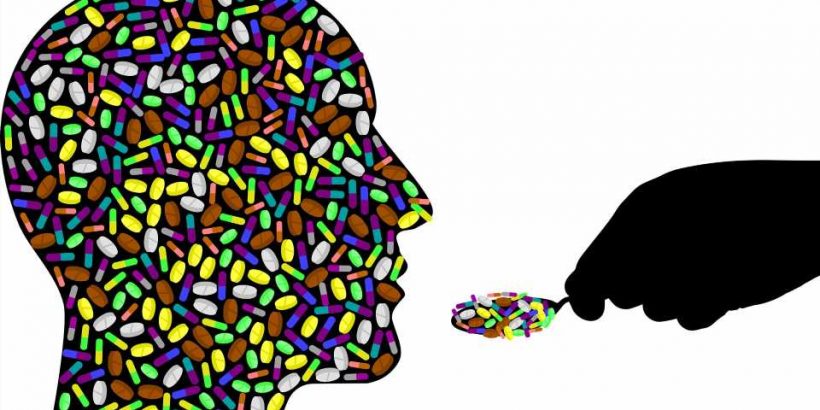 Scientists at Scripps Research in Florida have created a collection of new pain-relieving compounds, that like morphine and other drugs, provide relief via activation of opioid receptors, but without inducing many dangerous and unwanted side-effects that have driven opioid-related overdose and deaths.

Writing Nov. 22 in the journal Proceedings of the National Academies of Sciences, biochemist Laura Bohn, Ph.D., and colleagues describe a compound called SR-17018, which activates the same pain-relieving receptor as opioid drugs including morphine, oxycodone and fentanyl; however it binds to opioid receptors in a different way from those drugs, leaving the opioid receptor open and available to the body’s own natural pain-relieving substances, apparently augmenting pain relief. In a study published earlier this year (Pantouli et al., 2021, Neuropharmacology), the group showed that the compound performed particularly well in mouse studies of chemotherapy-induced neuropathic pain, the scientists write.

In the current report, the authors have made strides in understanding why these drugs seem so different.

“We demonstrate that these compounds bind to a different site on the receptor than a typical opioid. Because of that, they seem to leave the receptor on and yet still receptive to endogenous opioids,” says Bohn, who chairs the Scripps Research Department of Molecular Medicine in Jupiter, Florida. “In neuropathy pain, we show they are far superior to morphine and oxycodone; moreover, SR-17018 does not decrease breathing.”

The authors also described a related compound, that being more potent, induces respiratory suppression, but at higher doses than are needed to relieve pain. Importantly for safety, this compound, SR-14968, proved responsive to overdose rescue medication naloxone, when given at doses high enough to suppress breathing.

Perhaps most importantly for people with severe chronic pain, SR-17018 showed an ability to provide sustained pain relief over time without development of tolerance, the problem of reduced efficacy over time that requires increased doses, increasing danger of overdose.

The paper’s first author, Edward L. Stahl, notes that the new compounds are referred to as “biased agonists,” because they activate the mu opioid receptor in a way that preferentially engages one of its signaling pathways, the one that provides pain relief, over other pathways such as those that lead to suppressed breathing.

“The compound SR-17018 is the first biased agonist of the mu opioid receptor that does not lead to tolerance with chronic use,” says Stahl, a senior staff scientist in the Bohn lab. “This is a desirable feature for potential use in the context of chronic, severe pain.”

The new compounds were engineered to avoid the “beta-arrestin” signaling cascade that leads to opioids’ dangerous and unwanted traits, including respiratory suppression, a cause of overdose, and constipation, he adds.

Opioid medications remain a go-to treatment for severe pain, whether it’s from surgery, a sudden injury, or nerve damage. But as opioid addiction and overdose deaths reach new highs in the United States, the need for safer ways to treat acute pain has grown more urgent, Bohn says.

In work spanning more than two decades, Bohn and her team have demonstrated the feasibility of untangling the pain-relieving properties of opioids from their negative traits. Her work has not only broadened understanding of how opioid receptors work to direct multiple physiological responses, it has pointed the field toward potentially safer options for providing relief from severe pain.

Bohn’s research group has engineered multiple compounds, which in mouse studies, diminish activation of beta-arrestin signaling. Additional problems of opioids continue to pose challenges, including dependance, or addiction. The fact that SR-17018 avoids tolerance with chronic use is good news, Bohn says. Also good news is how it wears off, she adds.

“The compound showed a nice, slow tapering. That, in itself, may help curb some of the dependence problems. A drug like morphine provides a quick rush then a quick clear, and you need the rush again.”

Going forward, the team is continuing to refine and test the compounds so that they could eventually be tested in a clinical setting.