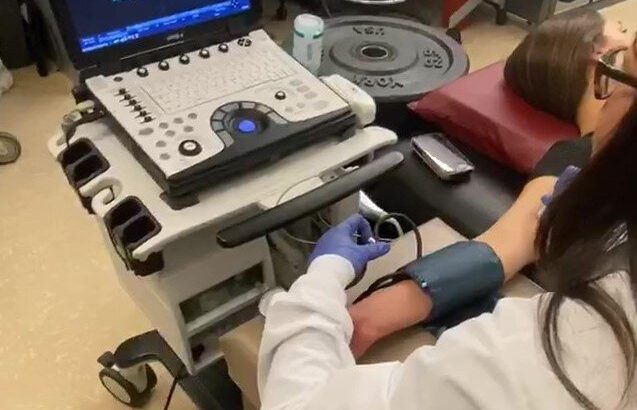 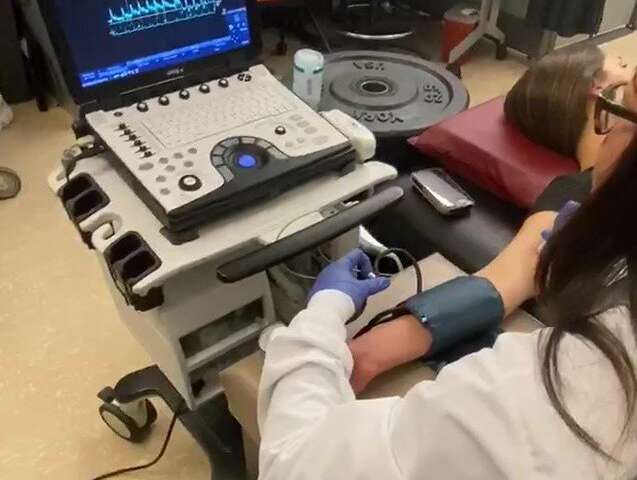 People with post-traumatic stress disorder (PTSD) face a higher risk of heart disease at an earlier age than people without PTSD. A new study helps explain why.

The research was scheduled to be presented at the American Physiological Society annual meeting in San Diego this month. Though the meeting, to be held in conjunction with the 2020 Experimental Biology conference, was canceled in response to the COVID-19 outbreak, the research team’s abstract was published in this month’s issue of The FASEB Journal.

Scientists found evidence of dysfunction in small blood vessels that appears to be driven by the sympathetic nervous system—the system behind the fight-or-flight response—along with oxidative stress, an imbalance between free radicals and antioxidants in the bloodstream.

Problems in the small blood vessels are often a precursor to stiffening or narrowing of the larger arteries, which can lead to a heart attack, stroke or other forms of heart disease.

“We have found that blood vessel dysfunction is more prevalent in young adults with PTSD than those without,” said lead study author Jennifer Weggen, a Ph.D. student at Virginia Commonwealth University. “We hypothesize that both oxidative stress and overactivity of the sympathetic nervous system, independently and cooperatively, may ultimately lead to an increased risk of cardiovascular disease.”

In any given year about 8 million adults in the U.S. suffer from PTSD, a mental health problem caused by witnessing or experiencing a traumatic event. Previous studies have shown that PTSD increases a person’s likelihood of having heart disease by as much as 50%.

To trace the connections between PTSD and heart disease, the research team conducted a series of cardiovascular assessments in 16 patients with PTSD and 24 healthy volunteers with similar demographics. The average age in both groups was 24 years old. Participants with PTSD underwent two assessments and consumed either an antioxidant supplement containing vitamin C, vitamin E and alpha lipoic acid or a placebo beforehand.

Healthy arteries respond to changes in blood flow by constricting and relaxing. The researchers found that all participants had normal responses in the brachial artery, an artery in the arm. However, those with PTSD showed a significantly lower amount of blood flowing through a given portion of the brachial artery during testing, which reflects abnormal responses in the smaller vessels further downstream. These participants also had a lower variation in the time intervals between heart beats, a marker of increased sympathetic nervous system activation.

Those differences virtually disappeared when volunteers consumed an antioxidant supplement, suggesting oxidative stress plays a role in both the small vessel dysfunction and the sympathetic nervous system activity. Free radicals naturally occur in the body as a result of normal physiological processes, but the body makes its own antioxidants to keep them in check. Oxidative stress occurs when the free radicals overwhelm the body’s antioxidant defenses.

“Supplementing with an antioxidant cocktail tipped the balance back to equilibrium, reducing oxidative stress,” said Weggen. However, she cautioned that antioxidants were used in the study only to understand the potential role of oxidative stress, not to test the supplements as a potential treatment. “The suggestion of regular use of antioxidants specifically for treatment of PTSD would be premature, as no studies have confirmed its efficacy or safety and appropriate dosage is unknown. Everyone responds differently to antioxidant supplements, and not everyone may reap benefits. Seeking medical guidance would be prudent before taking nutritional supplements.”