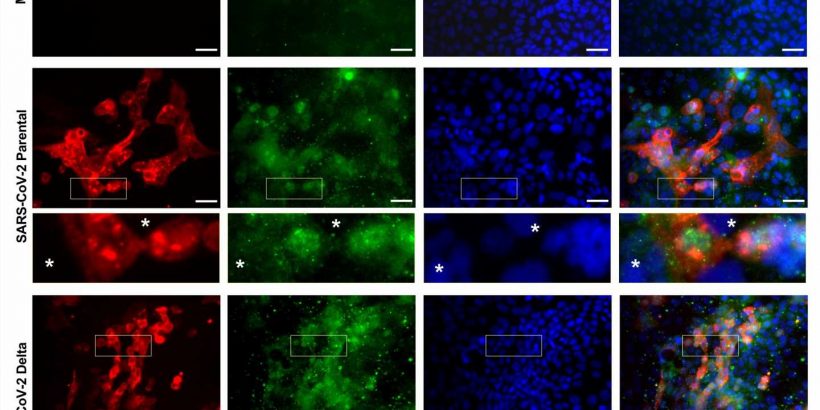 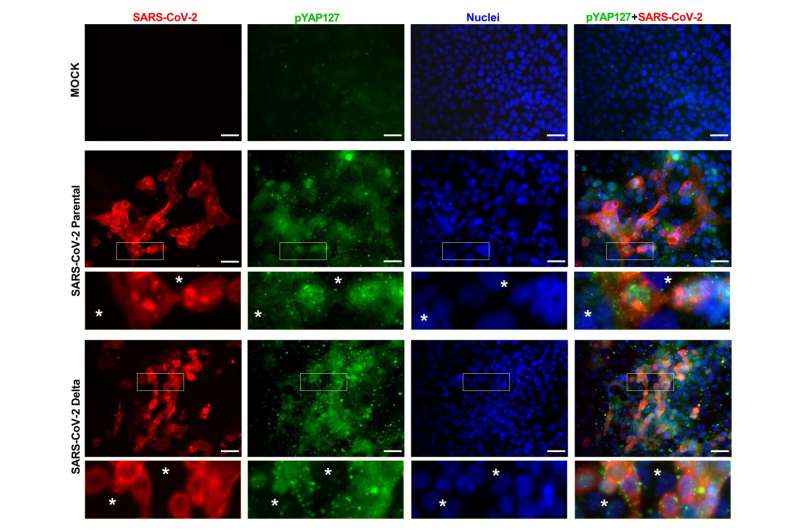 An interdisciplinary research team led by UCLA found that a drug already approved by the Food and Drug Administration for eye disease, verteporfin, stopped the replication of SARS-CoV-2, the virus that causes COVID-19. Their laboratory study identified the Hippo signaling pathway as a potential target for therapies against the coronavirus.

Many important human biological processes are controlled by complicated chain reactions called signaling pathways, in which certain proteins act as messenger molecules that promote or block the signals of other proteins.

The lead researchers were investigating the Hippo pathway, which controls the size of organs in the body, in earlier studies of the Zika virus, which can cause undersized brains in infants. Noticing that this pathway also seemed to have virus-fighting effects, they launched the current study investigating SARS-CoV-2.

The scientists performed experiments using tissue samples from people with COVID-19, as well as cultured human heart and lung cells selected to closely reflect how healthy cells respond to SARS-CoV-2 infection. They observed changes in many genes involved with the Hippo signaling pathway after infection. In addition, they examined a protein called YAP, or Yes-associated protein, whose activity is blocked when the Hippo pathway is activated.

The scientists found that in the cultured human cells, both the original strain and delta variant of SARS-CoV-2 activated the Hippo pathway in the first few days after infection. When they silenced this pathway and increased YAP, the virus replicated itself more. They team also pretreated cells with verteporfin, which blocks YAP in the eye disease known as choroidal neovascularization, and then infected them with SARS-CoV-2. In the verteporfin-treated cells, concentrations of the coronavirus were below detectable levels, compared to more than 60,000 units of the virus per milliliter in an untreated control group.

The results indicate verteporfin may be a candidate to treat COVID-19, and its status as FDA-approved could make it easier to launch clinical trials to verify its safety and effectiveness against the coronavirus. The study showed that the Hippo pathway is activated within days of SARS-CoV-2 infection, suggesting that treatments using the mechanism could be deployed before symptoms arise to reduce the severity of disease.

The study is published today in PLOS Biology.