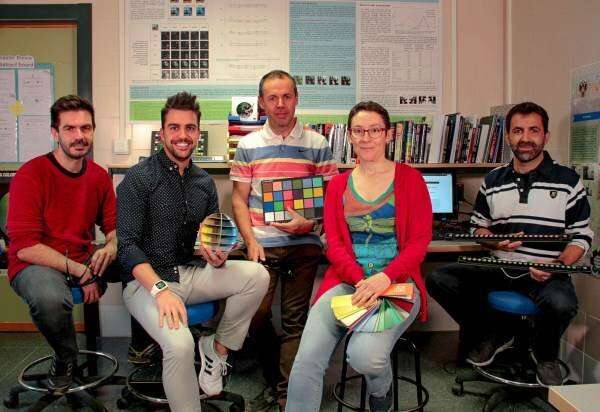 In 2018 and 2019, the research team demonstrated the ineffectiveness of two such products: EnChroma’s Cx-65 glasses and VINO’s 02 Amp Oxy-Iso glasses. Neither was found to improve the color vision of color-blind people.

In Spain alone there are almost 2 million color-blind people (one in 12 men and one in 200 women) who struggle to discern the different colors. Due to this reduced capacity to distinguish certain colors, they experience a range of day-to-day difficulties and it also impedes them from applying for jobs in some professions—for example, they are excluded from being train drivers, pilots, police officers, fire-fighters, and so on.

Five scientists from the University of Granada (UGR), in their on-going research into this issue, have computationally modeled almost 100,000 different color filters (rather than testing filters that are already marketed by various companies, such as EnChroma or VINO, which sell “glasses for the color-blind”). Using these computer models, they have studied which of the filters would increase the number of colors that color-blind people could perceive and what their effect would be on the results of two tests that are commonly used in diagnosing color-blindness (the Ishihara test and the Farnsworth-Munsell 100 Hue test).

Among the filters they modeled, the scientists also included lenses with a color filter sold by the aforementioned companies VINO and EnChroma. These lenses have received considerable media attention in recent years, with viral videos that have flooded social networks showing color-blind people overwhelmed with emotion when trying on such glasses for the first time.

The findings of the research showed that, although certain filters do increase the number of discernible colors, the improvement is negligible and the increase does not enable color-blind people to perceive the same range of colors as normal subjects. It was also found that none of these filters would pass the Ishihara test or the Farnsworth-Munsell 100 Hue test, the latter being very reliable in assessing color vision in humans.

These results support the hypothesis that, despite the apparent success of the marketing campaigns implemented by the companies that sell this type of glasses, these filters will never enable color-blind people to enjoy a similar degree of perception in their vision to that of individuals with normal color perception.