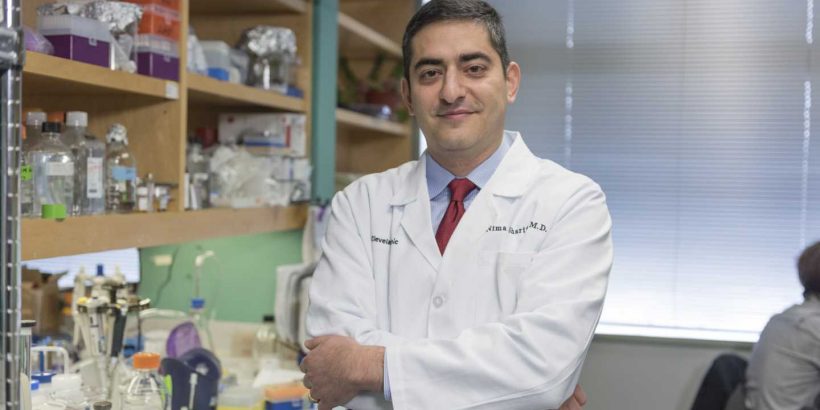 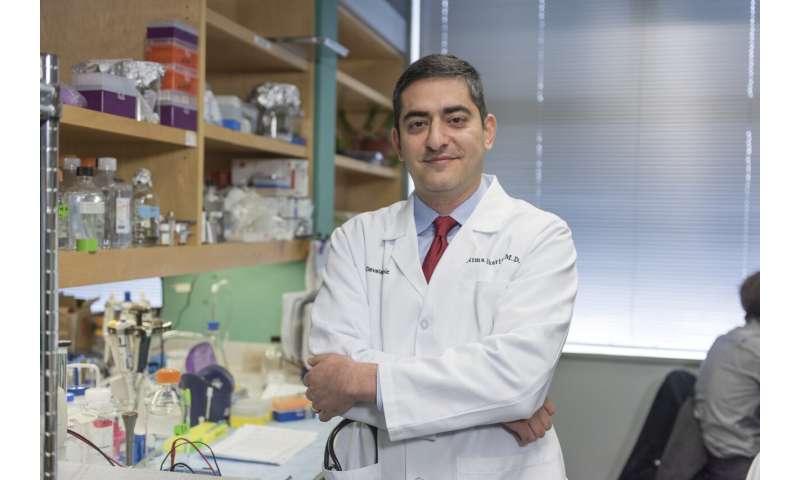 In a new Cleveland Clinic-led study published in JAMA Oncology, researchers show that a testosterone-related genetic variant—HSD3B1(1245C) – is associated with more aggressive disease and shorter survival in men with metastatic prostate cancer.

This study—the first clinical trial validation of the relationship between HSD3B1 status and clinical outcomes—suggests that genetic testing for HSD3B1(1245C) may help physicians identify patients most likely to benefit from additional and more aggressive treatment.

Nima Sharifi, M.D., of Cleveland Clinic’s Lerner Research Institute, and colleagues retrospectively analyzed data from 475 participants enrolled in a large, multi-center national clinical trial testing the efficacy of androgen deprivation therapy (ADT) alone or in combination with docetaxel in prostate cancer. They compared clinical outcomes between men who carried the variant versus those who did not.

The researchers found that HSD3B1(1245C) inheritance is associated with faster progression to treatment resistance and shorter overall survival in men with low-volume metastatic prostate cancer regardless of the use of docetaxel. Interestingly, the genetic variant led to shortened survival despite the administration of any other therapies following the development of treatment resistance.

“These findings lay the groundwork for more personalized and effective treatments for prostate cancer,” said Dr. Sharifi, senior author of the study. “If men carry this specific testosterone-related genetic abnormality we may be able to individualize their therapy.”

Taken together, these findings suggest that the presence or absence of this genetic variant can be used to help identify men with low-volume metastatic prostate cancer most at risk for quick progression to treatment resistance and earlier death—a discovery with significant implications for clinical care and genetic counseling.

A limitation of the study was a lack of diversity due to the patient population enrolled in the original clinical trial and genetic variant frequencies. Validating this association with a more diverse population will be an important next line of investigation.

In 2013, Dr. Sharifi made the discovery that the HSD3B1(1245C) variant helps prostate cancer cells evade ADT, the first line of defense against the disease. ADT works by cutting off cells’ supply of testicular androgens, hormones that fuel cancer cells to grow and spread. He showed that in men with the genetic change, cancer cells adapt to produce their own androgens, which leads to treatment-resistant prostate cancer. In 2017, he received the national Top Ten Clinical Achievement Award from the Clinical Research Forum for his discoveries linking HSD3B1(1245C) with poor prostate cancer outcomes.