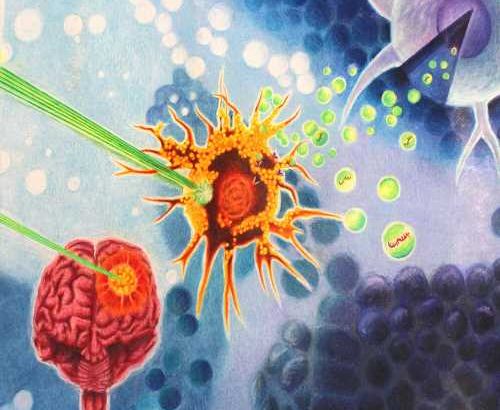 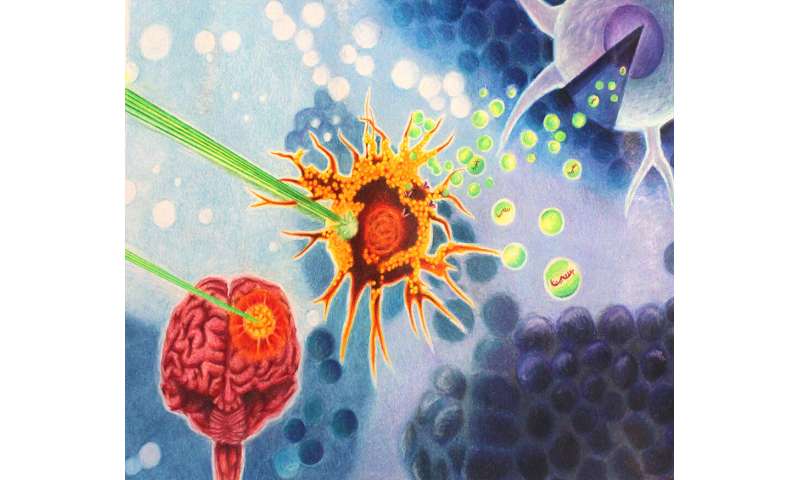 In a vertical climb to avoid collision with a towering mountain, a plane ejects cargo to gain altitude. Investigators at the University of Minnesota showed that cancer cells perform similar feats in escaping the killing effects of radiation. Their work was published in the May issue of the journal, EBiomedicine.

Radiation is a key component of the standard-of-care treatment for the deadly brain cancer, glioblastoma; however, the treatment is rarely curative. While the growth of glioblastoma cells is often stalled by radiation, tumor growth inevitably resumes in nearly all treated patients.

“Understanding how cancer cells acquire resistance to radiation defines a pathway forward for how we can defeat this cancer,” noted Clark C. Chen, MD, Ph.D., Lyle French Chair in Neurosurgery and head of the Department of Neurosurgery at the University of Minnesota Medical School.

To understand how glioblastomas become resistant to radiation, the research team led by Chen collected clinical glioblastoma samples from patients prior to and after radiation treatment and compared the levels of microRNAs. MicroRNA is a class of small RNA cells that control how much protein a cell makes, which ultimately determines how the cell functions.

“MicroRNA plays such a key role in cell fate that its discovery was awarded the Nobel Prize in Physiology or Medicine in 2006,” said Beibei Xu, Ph.D., Department of Neurosurgery, who is first author of the paper.

While levels of most microRNAs remain unchanged in response to radiation treatment, Chen’s team identified a small subset, most notably a microRNA named miR-603, that decreased after radiation. Using a number of experimental models, the team subsequently showed that glioblastoma cells, like a plane dumping cargo in a vertical ascent, jettison miR-603 in response to radiation treatment. As a result, glioblastoma cells increase the production of proteins that render them insensitive to radiation.

“The cancer cells package miR-603 into vesicles called exosomes or extracellular vesicles. These vesicles facilitate communication between cells,” Xu explained. “We have long appreciated that these vesicles have profound effects on recipient cells. Our study is one of the first to demonstrate that secretion of microRNAs, through these vesicles, influences the behavior of the secreting cell.”