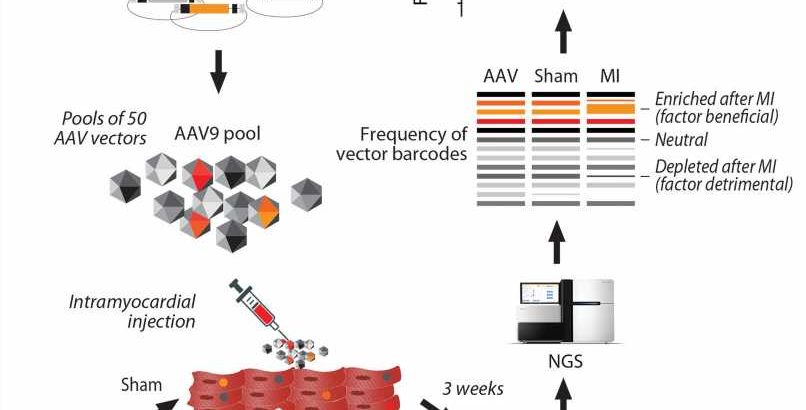 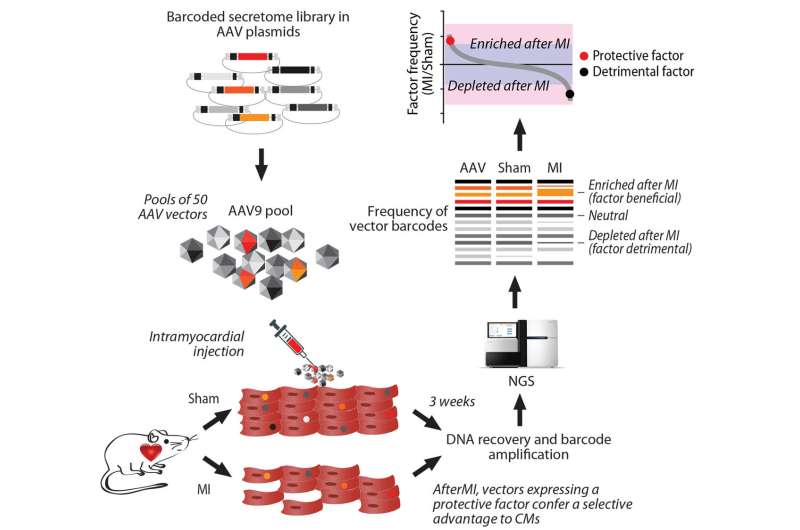 Scientists working to develop new therapies and treatments for heart failure patients have discovered three proteins that can be injected immediately after a heart attack, which have the potential to preserve heart function following an attack.

Positive preclinical data in Science Translational Medicine, published today, outlines the mechanisms of the three proteins, which have been shown to restore heart function following a heart attack in mice.

Heart failure is the primary cause of death and disability globally, affecting approximately 64 million people worldwide according to the British Heart Foundation. There is currently no effective therapeutic treatment.

Led by Mauro Giacca, Professor of Cardiovascular Sciences at King’s College London, researchers developed an innovative technology called FunSel that searched for proteins that could protect heart cells against the rapid cell death that typically occurs following a heart attack.

Forcefield Therapeutics, a pioneer of best-in-class therapeutics to retain heart function via protection of cardiomyocytes, which was launched in 2022 backed by leading healthcare investor Syncona, is undertaking the development work to enable clinical trials in patients in the future. The work originated at the International Center for Genetic Engineering and Biology (ICGEB) and the University of Trieste, Italy. 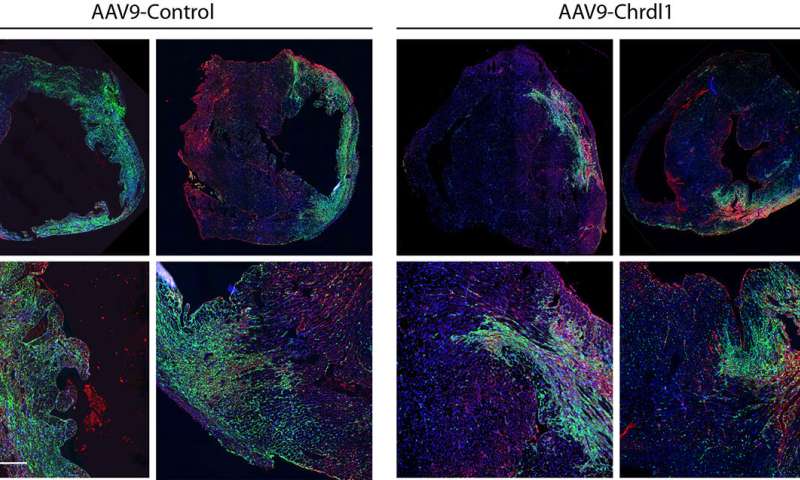 Funsel, a protein “search engine” screens a library of human proteins to identify those with therapeutic potential, in an unbiased manner (unconstrained by the bias that researchers typically bring to drug development). Starting from a library of over 1,000 proteins, it identified three, (Chrdl1, Fam3c and Fam3b) which have been shown to prevent cardiac damage in mice after a heart attack and preserve cardiac function over time.

According to the British Heart Foundation, one person every five minutes is admitted to hospital with a heart attack in the UK. While 7 out of 10 people survive, heart attack is the main cause over time of heart failure—a condition that now affects almost one million people in the UK and 64 million worldwide. 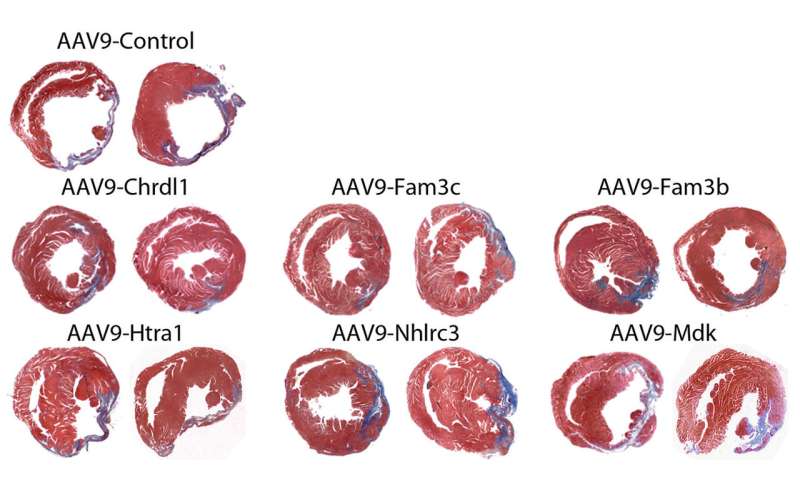 Heart failure after a heart attack is caused by the irreversible loss of cardiac cells, hence the need to develop effective therapies to prevent the death of these cells.

“This is the very first time that potentially curative factors for the heart are directly identified for their therapeutic potential,” said Professor Mauro Giacca, Professor of Cardiovascular Sciences at King’s College London. “Any of the three proteins we have identified can be administered immediately after a heart attack to minimize cardiac damage and thus prevent heart failure. There has been no significant development in this field for a long time, so we are very excited by this discovery.”

Richard Francis, Chief Executive Officer of Forcefield Therapeutics, said, “Heart failure continues to have a devastating impact on public health and, despite the remarkable efforts in disease management, the long-term prognosis remains poor.

“Heart attack is the main acute cause of heart failure, providing a significant economic burden upon healthcare systems globally and reducing the healthy life span of those affected. This research is exciting not only because of the potential it offers for heart medicine, but also because it’s a great example of academia and business, with the support of the UK’s leading heart charity, collaborating effectively to bring a potential therapeutic to patients at speed.”

Professor Ajay Shah, Director of the British Heart Foundation Center for Research Excellence at King’s College London, said, “This is early-stage data but if the results we have seen in mice are borne out in human trials, the potential for this therapeutic is extremely significant and could revolutionize treatments for patients at risk of heart failure. There are no effective protective therapeutics to prevent the typically rapid deterioration of heart tissue in the aftermath of a MI so this is a major breakthrough in this field.”

Professor James Leiper, Associate Medical Director at the British Heart Foundation, said, “Halting damage to the heart after it has become injured is a huge challenge in cardiology, but this major development has the potential to spearhead a new type of treatment to help protect and minimize damage after a heart attack. We’re proud to support such a ground-breaking discovery that will hopefully lead to new protective medicines in the future.”