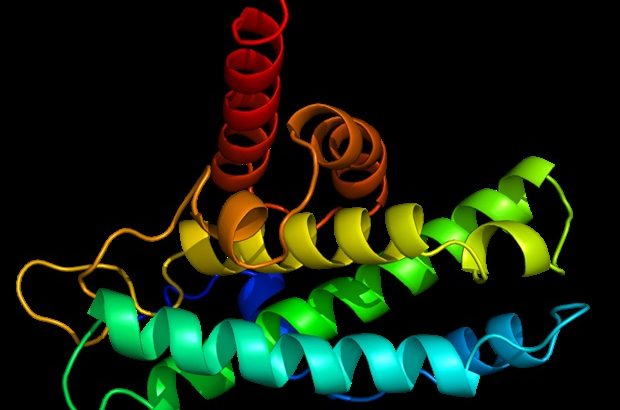 Researchers at the University of Alabama at Birmingham have identified a new molecular target that could potentially treat the deadly, aging-related lung disease idiopathic pulmonary fibrosis (IPF). The study, which will be published March 10 in the Journal of Experimental Medicine (JEM), suggests that targeting a protein called MDM4 could prevent respiratory failure by initiating a genetic program that removes scar tissue from the lungs.

IPF is characterized by the accumulation of scar tissue that stiffens the lungs and makes it difficult for patients to breathe and get sufficient oxygen into their blood. Though the causes of IPF remain unclear, age is a significant risk factor: the disease is estimated to affect 1 in 200 US adults over the age of 70.

The scars are thought to arise from a runaway wound healing process in which lung cells deposit excessive amounts of collagen into their surroundings, stiffening the lung tissue and activating highly contractile cells called myofibroblasts. These myofibroblasts produce still more collagen fibers and stiffen the tissue even further.

"Lung fibrosis resolution is thought to involve degradation of excessive collagen, removal of myofibroblasts, and regeneration of normal lung tissue by stem cells," says Yong Zhou, an associate professor in the Department of Medicine, University of Alabama at Birmingham. "However, the mechanisms underlying the reversal of lung fibrosis remain poorly understood."

Zhou and colleagues, including first author Jing Qu, discovered that the levels of a protein called MDM4 are elevated in the myofibroblasts of IPF patients and are also increased in aged mice with pulmonary fibrosis. The researchers found that the protein is produced in response to the increased stiffness associated with IPF.

MDM4 is known to inhibit a key transcription factor called p53. Zhou and colleagues found that reducing MDM4 levels activates a p53-dependent genetic program that makes myofibroblasts more likely to die and be removed from fibrotic tissues. Removing the Mdm4 gene from collagen-producing fibroblasts and myofibroblasts promoted the resolution of lung fibrosis in aged mice.

"Targeting the mechanical properties of the lung microenvironment represents a promising strategy for anti-fibrotic therapy," says Zhou. "Our study identifies MDM4 as a mechanosensitive protein and a novel molecular target in pulmonary fibrosis and highlights the therapeutic potential of targeting collagen cross-linking to reverse persistent lung fibrosis associated with aging."