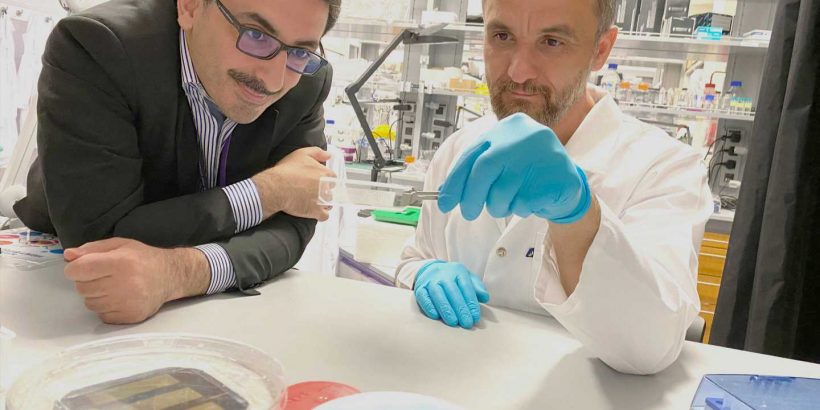 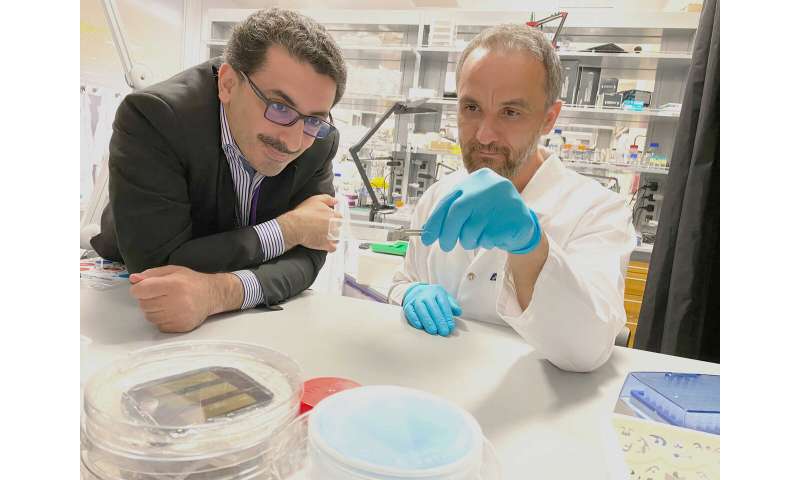 Cancer is one of the leading causes of death worldwide, and has been found to have a significantly higher rate of survival when diagnosed at early stages, before metastasis. During metastasis, a secondary growth is initiated by circulating tumor cells (CTCs) that shed from the primary tumor into the bloodstream to spread the cancer. A team of engineering researchers from NYU Abu Dhabi, led by NYUAD Assistant Professor of Mechanical and Biomedical Engineering Mohammad A. Qasaimeh, has developed a microfluidic platform that is compatible with cutting-edge procedures of atomic force microscopy (AFM).

The developed platform is used to capture CTCs from blood samples of prostate cancer patients, followed by AFM mechanical characterizations of CTCs, at the nanoscale, in search for new metastatic mechano-biomarkers.

While the general lifecycle of CTCs is somewhat recognized, the lifespan and interactions of CTCs while circulating in the bloodstream is still unknown. CTCs are very rare and hard to isolate from the background of billions of healthy blood cells, and thus their biological and mechanical phenotypes are still to be explored.

The developed new tool allows for isolation and characterization of CTCs and thus holds the potential to assist in the early detection of cancer. It also can be used as a tool to more effectively track and monitor cancer progression and metastasis.

In the paper titled AFM-compatible Microfluidic Platform for Affinity-based Capture and Nanomechanical Characterization of Circulating Tumor Cells published in the Microsystems and Nanoengineering journal , the researchers presented the microfluidic technology they developed to separate CTCs from blood samples for further analysis. The CTCs were isolated from other blood cells by noting the differences in their affinity to different monoclonal antibodies. The developed tool is a combined microfluidic-AFM platform, where AFM analyses can be followed to investigate the elasticity and adhesive properties of the captured CTCs cancer cells. 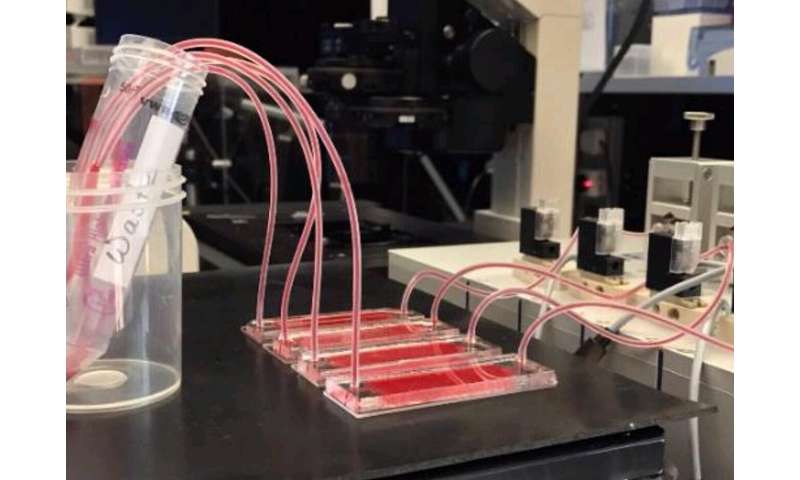 CTCs represent a biomarker for the detection, diagnosis, and prognosis of cancer. As CTCs spread through the bloodstream, using their discovered characteristics, they can be removed through a liquid biopsy procedure. Isolated CTCs can be potentially used for drug testing and molecular profiling for precision cancer therapies. Far less invasive than a traditional tissue biopsy, liquid biopsy procedures have the potential to replace traditional tissue biopsies in the near future, and be performed in local clinics or pharmacies.

“We expect that this platform could constitute a potentially very powerful tool for cancer diagnosis and prognosis, by identifying CTCs mechanical and biological phenotypes at the single cell level,” said Mohammad A. Qasaimeh.

“With slight customizations, the platform can also be adapted to other types of cancers including breast and lung,” said the first author of the study and the Research Scientist of Engineering at NYUAD, Muhammedin Deliorman.