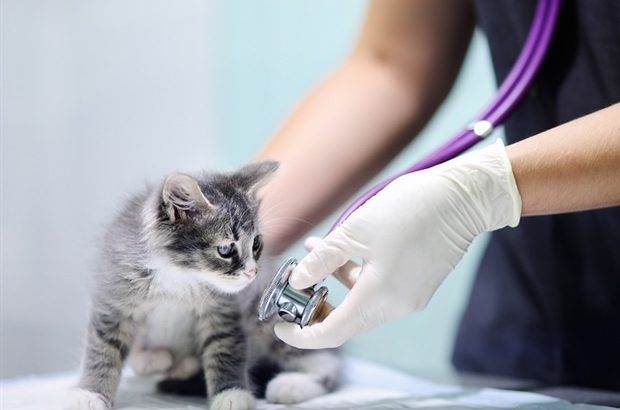 Anyone who enjoys taking walks through the woods or grassy fields when the weather is warm knows that checking for ticks afterward is a must. Ticks can spread numerous diseases to humans as well as to our pets, and some of these diseases can be life-threatening. However, getting a tick-borne disease tested and confirmed by physicians can often be tricky.

“This is a something you hear all the time if you work with tick borne diseases, or TBDs,” said Rebecca Smith (IGOH), a professor of epidemiology at the University of Illinois Urbana-Champaign. “We often hear from people that had Lyme disease talk about how hard it was to get doctors to understand, to listen, to diagnose them. This got us thinking, what do doctors in Illinois actually know about tick borne diseases?”

Smith explored this question through a recently published study with two goals in mind: the first was to find out how much doctors knew about ticks and TBDs, and the second was to use the data from the study to design a training program to better educate doctors on tick and associated diseases. There are currently 4 species of vector ticks that inhabit Illinois, with their ranges encroaching into the state over time. Blacklegged ticks can carry Lyme disease, the most common TBD which causes headaches, fever, and rashes. Other TBDs in Illinois include Rocky Mountain Spotted Fever, which is carried by dog ticks and can be fatal if untreated, and ehrlichiosis and anaplasmosis, all of which have increased tenfold in incidence in the last twenty years. Lone star ticks have also gained the spotlight in recent years due to their increasing range and ability to trigger Alpha-Gal syndrome, which induces allergic reactions to red meat.

To examine how much medical professionals knew about ticks and TBDs, the team designed web-based surveys that utilizes the KAP model, which assesses the participants’ knowledge, attitudes, and practices in this regard. Questions were designed in collaboration with the Illinois-Tick Inventory Collaboration network, which includes researchers in the College of Veterinary Medicine, the Carle-Illinois College of Medicine, and the Illinois Natural History Survey-Prairie Research Institute. The survey included questions about types of diseases, the ticks that can carry those diseases, symptoms, treatment, feelings of risk, preventative practices, training, and more.

These surveys were then passed around to local hospital associations including Carle, the State Medical Association, public health groups, and local public health departments throughout the state, resulting in 346 participants. “We’re really grateful for everybody who stepped up, especially all of the physician, medical, and public health groups that encouraged people to take the survey,” Smith said. “We could not do what we’re doing without the participation of all of these medical professionals.”

The researchers found that while physicians were relatively knowledgeable about diagnosis and treatment of Lyme disease, they did not know much about other diseases. Practitioners were least knowledgeable about Alpha-Gal syndrome, which Smith says is concerning given how abundant Lonestar ticks have become in Southern Illinois. The researchers found only one factor that influenced how knowledgeable participants were about TBDs, and that was how recently they had completed training on the topic, if ever at all. Many practitioners had not had any training on ticks except for medical school, meaning the information they received was likely not comprehensive and now out of date.

“We are on the leading edge of range expansion for three of the four vector ticks that live in the state,” said Smith. “With all of those ticks expanding their range, it might be that physicians haven’t heard about the diseases that they carry because it just wasn’t an issue when they graduated from medical school or when they started practicing in the area.”

In response to the troubling findings, Smith’s team is designing a continuing education course that will inform practitioners on current ranges of ticks and risk of disease, as well as practices they can implement into their care to increase prevention of TBDs. A similar course is already offered for veterinarians, and has found to be effective towards diagnosis and treatment of TBDs in pets. The course is created in partnership with Carle, and set to open in February 2023.

“We want to get the training out there so physicians can get people to a diagnosis faster,” explained Smith. “Once it’s out we will start fine-tuning how often practitioners will need to take it so they can have updated information as things progress.” Smith hopes that this educational course will prompt more tick training programs to be made for other areas of the country, where seasonality and habitat can result in completely different tick species and TBDs to watch out for. With the introduction of this training, doctors and practitioners in Illinois can be better prepared to handle the increase in incidence of TBDs.