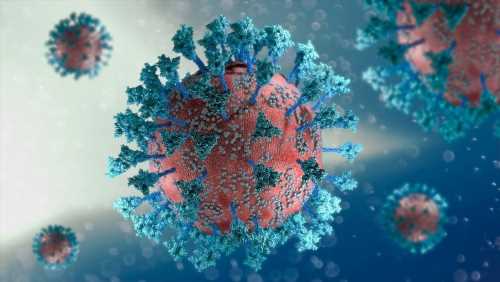 Studies have documented the efficacy of vaccines based on the SARS-CoV-2 ancestral wild-type (wt) strain S and N proteins; however, updated COVID-19 vaccines could improve curtailment of SARS-CoV-2 variant transmission. N peptides have been reported as ideal immune substitutions for the N protein. Thus, peptide association strategies have been pursued by researchers as a cost-effective measure for cell biosynthesis experiments compared to the entire N protein.

N peptides that were functionally indispensable for SARS-CoV-2 and induced robust T lymphocyte responses were selected for the analysis. Structural proteins with highly conserved sequences for different CoV families were targeted for probable T lymphocyte-enticing candidates. Functional proteins were not accounted for since they could hijack human major histocompatibility complexes.

The cluster of differentiation 4+ (CD4+) T cell receptor (TCR) epitopes were focussed upon and were compared to that of convalescent patients’ T lymphocyte response-inducing sequences from existing literature. SARS-CoV-1 and SARS-CoV-2 S sequences were analyzed, and B lymphocyte epitope estimation was performed. Peptides highly identical to human proteins and situated closely to individual open reading frames (ORFs) were excluded from the analysis.

SARS-CoV-1 and 2 S, N, envelope (E), and membrane (M) protein sequences were aligned with common cold CoVs, and guide trees were created based on the sequence similarities. In the designed sequence, the core beta (β)-strand was eliminated from the S protein subunit 2 (S2) region to prevent pre-to-post-fusion protein transitions. N epitopes were interconnected by non-immunogenic EAAAK linkers, and E peptides were placed between the linkers in the engineered cytoplasmic domain (CDo). In addition to the chimeric SARS-CoV-2 S model building, models for hybrid S proteins lacking transmembrane (TM) domains and the SARS-CoV-2 wt S were built.

The designed protein sequence had a TM domain, signal peptide, and a CDo generated using T lymphocyte epitopes interlinked by non-immunogenic and helical EAAAK linkage and lacked a large proportion of the antibody-dependent cellular cytotoxicity (ADCC)/antibody-dependent enhancement (ADE) area and core beta-strand. The linker regions could also be used as probable sites for epitope insertion against emerging viruses. The core β-strand was replaced by two discontinuous β-strand stretches that could bind to core β-sheet complementary strands via hydrogen bonding.

The structural integrity of the region was therefore maintained although, the strand lengths were insufficient for supporting the pre- to the post-fusion S transition, unlike the native core β-strand. The ER (endoplasmic reticulum) exit signals carrying positive charges from SARS-CoV-2 native S were located at the CDo end to enable an easy ER-mediated exit. The main protein (Mpro) receptor-binding domain (RBD) was folded well and was similar across all models.

The designed sequence structurally resembled native SARS-CoV-2 S, and all domains, including the CDo were formed well. The sequence had five EAAAK-linked epitopes, of which ≥2 epitopes were folded post-model building devoid of a TM domain. The distance between the peptide and the memory epitope (ME)/terminal sequence in the TM domain-containing construct was double (16 Å) that of the TM-lacking (ΔTM) construct. The initial sequence appeared to drive folding in the CDo.

ME was completely unstructured in the TM+ construct but showed partial structures in the ΔTM construct, which may be due to the lesser distance (eight Å) to the folding driver peptide (FDP). FDP was constructed by joining several cytotoxic (CD8+) and helper (CD4+) T lymphocyte-reactive N protein peptide molecules from immune studies. In the native N protein, they were situated flanked to each other, broken down by the immunological system as multiple tiny peptides.

The distance was lesser due to the lack of the TM domain, which otherwise moved the CDo away from Mpro in the TM+ construct. The ΔTM construct with EAAAK-linked cytoplasmic protein epitopes could be a probable candidate for vaccine development against SARS-CoV-2 or any viral organism. T lymphocyte responses among SARS-CoV-2-unexposed individuals to COVID-19 were detected for ≥1 peptide from E proteins, indicating a probable impact of common cold virus-induced immunity.

The inclusion of Middle East respiratory syndrome CoV (MERS CoV) N protein generated a distinctive tree that slowly diverged from other CoVs, including SARS-CoV-2. The E protein could be a suitable candidate for vaccine development apart from the N protein, as E sequences were highly conserved among SARS-CoV-2 strains. Of surprise, S and E sequences were highly conserved in MERS and among the naturally extinct SARS strains, respectively. M protein epitopes showed lower persistence except for among highly SARS-CoV-2-exposed healthcare workers.

Overall, the study findings showed the design of a cross-reactive COVID-19 vaccine construct with SARS-2 structural proteins’ T lymphocyte-evoking epitopes screened from existing literature. The team proposed that any T lymphocyte peptide identical to other human CoVs could be introduced in the EAAAK linker areas. The approach could be applied to any emergency situation or even long-term unresolved outbreaks such as Dengue, West Nile virus, and Influenza.