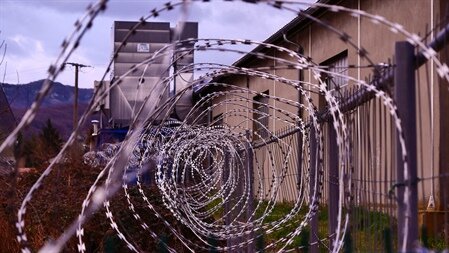 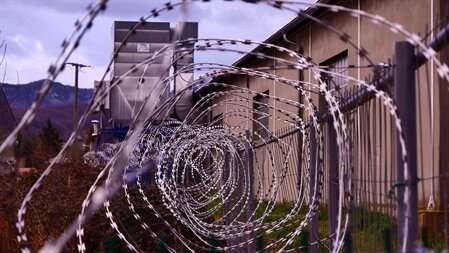 The use of rapid tests to screen for diseases in prisons could enable the diagnosis of asymptomatic individuals and reduce the spread of infection. Victor Riquelme, Pedro Gajardo, and Diego Vicencio (all from the Universidad Técnica Federico Santa María in Chile) recently explored how to optimally control a communicable disease inside a prison population using inexpensive, low-complexity rapid tests that personnel can administer with only basic training. Their results appear in a paper published in the SIAM Journal on Control and Optimization.

Certain diseases are much more prevalent in prisons than in the general population. Overcrowding, high-risk behavior, a higher probability of disease risk factors like depression and drug use, and deficiencies in prison health care systems all contribute to this problem. “This is a general social problem and not only a penitentiary concern,” Riquelme said. “Prisons act as reservoirs of diseases, which are subsequently transmitted to the community when inmates are released, or when they are in contact with the outside population like visitors or prison workers.”

The current standard for disease detection in prisons is passive and based purely on obvious outward symptoms. A more active application of rapid tests could increase the access of diagnoses for asymptomatic patients, thereby preventing long-term complications and interrupting the chain of disease transmission. But despite these obvious benefits, there is little research on the use of these types of technologies in prison contexts.

Gajardo first became interested in this issue during a collaboration with the Center for Epidemiology and Public Health Policy Studies at the Universidad del Desarrollo in Chile that focused on finding the most cost-effective strategy for the detection of syphilis in prisons. One of the best evaluated policies involved screening the new inmate population with rapid tests upon prison entry, a topic that Riquelme, Gajardo, and Vicencio’s recent paper further explores. “We set ourselves the problem of determining the best way to apply this policy,” Gajardo said.

The study utilized a simple epidemiological model that represents diseases that people can still catch even if they have already had them before, like meningitis or gonorrhea. “Although this [model] may seem unrealistic for many diseases, it allows us to obtain valuable insights into the structure of the optimal strategy and its dependence in terms of the problem data,” Vicencio said. While more realistic models would be necessary to ultimately design real-life polices, this preliminary approach allowed the researchers to identify useful information about the optimal strategy’s general properties and the way in which different qualities of a prison environment might impact the strategy.

The authors incorporated this basic epidemiological model into their own model of a prison that screens a certain proportion of new inmates at the entrance. They hoped to find the optimal strategy for rapid testing at the prison’s entry point based on both infection reduction and cost-effectiveness. “The decision we aim to optimize is the percentage of new inmates to be screened at each period of time,” Gajardo said. “Our objective is to minimize the total costs of this procedure, along with the maintenance cost of infected people inside the prison.” Minimized costs could be a powerful draw for prison administrations, making them more likely to adopt the proposed testing strategy.

The model assumes that the size of the prison population does not change, an assumption that can be explained by prison overcrowding—as soon as a space becomes vacant, it is filled by a new inmate. The screening test has a certain true positive rate, and anyone who tests positive receives immediate treatment for the identified disease. However, a certain proportion of infected individuals do still enter the prison: Those for whom treatment did not work, those who received a false negative test result, and those who were not tested.

According to this simplified model, the optimal strategy is to switch between applying a screening at maximum capacity at the prison’s entry and not screening at all; it is never best to operate at a partial testing capacity. “To apply the rapid test to an intermediary percentage, say 60 percent, is never optimal,” Riquelme said. “This is a bang-bang strategy, a strategy that only considers possible extreme values.”

The question then becomes when to switch from full testing to no testing and vice versa. “Surprisingly to us, we found that there are situations—depending on the problem data—where it is not optimal to start screening at maximum capacity,” Riquelme said. “It is better to wait a bit and then apply the maximum screening capacity.” Many different parameters impact the decision of when and how frequently to test prison entrants, including contagion and recovery rates; test sensitivity; the rate at which inmates enter and exit the prison; and the costs of screening, treating, and holding infected individuals within the prison.