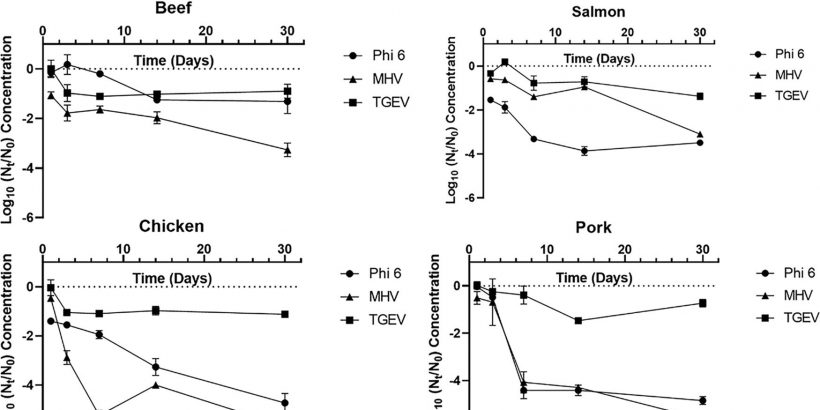 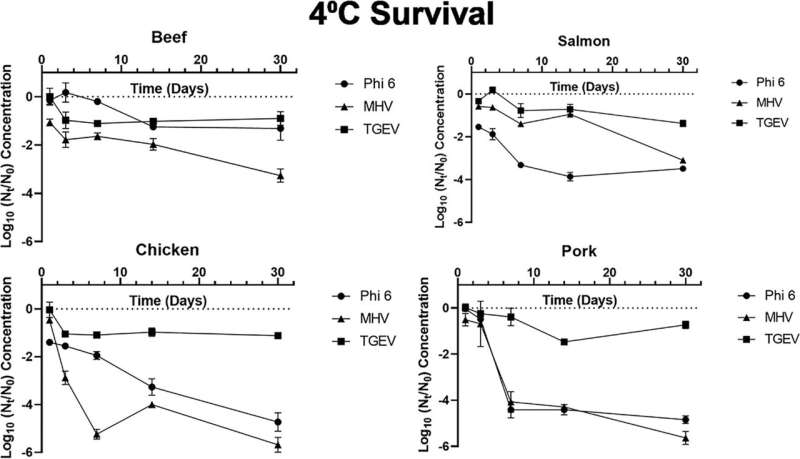 SARS-CoV-2 surrogates can survive on meat products in the refrigerator or the freezer for up to 30 days. Those findings are published in Applied and Environmental Microbiology, a journal of the American Society for Microbiology.

The research was conducted using chicken, beef, pork, and salmon, and surrogate viruses with spikes similar to those on SARS-CoV-2, as surrogates, said first author Emily S. Bailey, Ph.D. The investigators stored the products at both refrigeration (4 degrees C, or 39.2 degrees F) and freezer temperatures (-20 degrees C, or -4 degrees F).

“Although you might not store meat in the fridge for 30 days, you might store it in the freezer for that long,” said Bailey. “We even found that the viruses could be cultured after [being frozen for] that length of time.” Bailey is assistant professor, Department of Public Health, College of Pharmacy and Health Sciences, Campbell University, Buies Creek, NC.

The investigators undertook this research after learning that COVID-19 outbreaks were occurring in Southeast Asia absent prior community transmission. Reports from those communities “suggested that packaged meat products, produced in areas where SARS-CoV-2 was circulating, could have been the source of the virus,” said Bailey. “Our goal was to investigate whether or not similar viruses could survive in this environment.”

The research is important because SARS-CoV-2 can replicate within the gut, as well as in the respiratory tract, said Bailey.

In the study, the investigators used one RNA virus with a lipid envelop, and two animal coronaviruses, murine hepatitis virus, and transmissible gastroenteritis virus as surrogates.

All three viruses have previously been used as surrogates for SARS-CoV-2, generally with greater reductions in their numbers observed at refrigeration than at freezing temperatures. The reduction in numbers also varied according to the food item used.