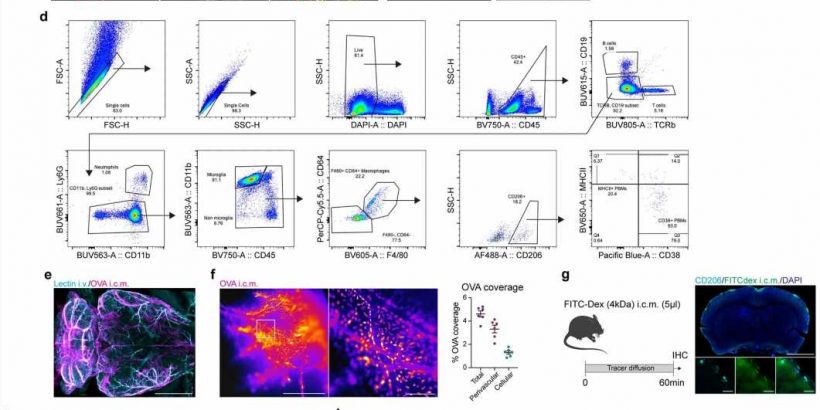 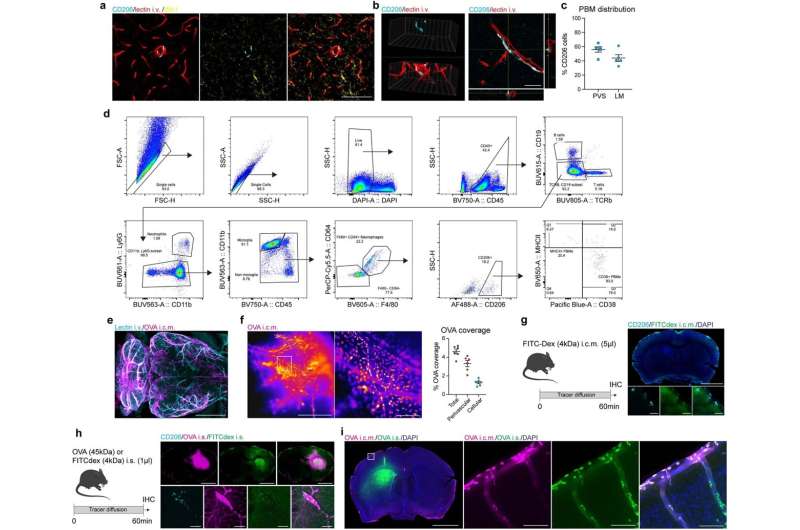 Alzheimer’s, Parkinson’s and many other neurodegenerative diseases are marked by damaging clusters of proteins in the brain. Scientists have expended enormous effort searching for ways to treat such conditions by clearing these toxic clusters but have had limited success.

Now, researchers at Washington University School of Medicine in St. Louis have found an innovative way to improve waste clearance from the brain, and thereby possibly treat or even prevent neurodegenerative conditions. They showed that immune cells surrounding the brain influence how efficiently waste is swept out of the brain, and that such immune cells are impaired in old mice, and in people and mice with Alzheimer’s disease.

Further, they found that treating old mice with an immune-stimulating compound rejuvenates immune cells and improves waste clearance from the brain.

The findings, published in Nature, suggest a new approach to halting some of the effects of aging on the brain.

“Alzheimer’s has been studied for many years from the perspective of how neurons die, but there are other cells, such as immune cells on the periphery of the brain, that also may play a role in Alzheimer’s,” said senior author Jonathan Kipnis, Ph.D., the Alan A. and Edith L. Wolff Distinguished Professor of Pathology & Immunology and a BJC Investigator.

“It doesn’t look likely that we will be able to revive dead or dying neurons, but the immune cells that sit on the borders of the brain are a feasible target for treating age-related brain diseases. They’re more accessible, and could be drugged or replaced. In this study, we treated aged mice with a molecule that can activate aged immune cells, and it worked in improving fluid flow and waste clearance from the brain. This holds promise as an approach to treating neurodegenerative diseases.”

Kipnis is an expert in the blossoming field of neuroimmunology, the study of how the immune system affects the brain in health and disease. In 2015, he discovered a network of vessels that drains fluid, immune cells and small molecules from the brain into the lymph nodes, where many immune system cells reside. Last year, he and colleagues showed that some investigational Alzheimer’s therapies are more effective in mice when paired with a treatment geared toward improving drainage of fluid and debris from the brain.

For this study, Kipnis and Antoine Drieu, Ph.D.—a postdoctoral researcher and the paper’s lead author—set out to understand the role played by the immune cells that live along the brain’s vasculature and in the leptomeninges, the tissues immediately surrounding the brain and spinal cord. They termed these cells parenchymal border macrophages, because they sit at the interface between cerebrospinal fluid and brain tissue.

Studying mice, Kipnis, Drieu and colleagues discovered that such macrophages regulate the motion of blood arteries that, in turn, controls the cleansing flow of fluid through the brain. When these macrophages were depleted or impaired, debris built up in the brain.

“Cerebrospinal fluid flow is impaired in numerous neurodegenerative diseases, such as Alzheimer’s, stroke, Parkinson’s and multiple sclerosis,” Drieu said. “If we can restore fluid flow through the brain just by boosting these macrophages, maybe we can slow the progression of these diseases. It’s a dream, but who knows? It might work.”

Further investigation revealed that parenchymal border macrophages are altered in people with Alzheimer’s disease and mice with an Alzheimer’s-like condition: The immune cells are less able to consume and dispose of waste, and cannot efficiently regulate fluid flow.

Starting at about age 50, people start experiencing a decline in brain fluid flow as part of normal aging. The same thing happens in older mice. Kipnis, Drieu and colleagues showed that the kind of border macrophage most important for waste clearance and fluid flow are scarce in older mice. When they treated old mice with a protein that boosts macrophage activity, the border macrophages started behaving more like those from younger mice. Further, the treatment improved fluid flow and waste clearance from the mice’s brains.

“Collectively, our results show that parenchymal border macrophages could potentially be targeted pharmacologically to alleviate brain clearance deficits associated with aging and Alzheimer’s disease,” said Kipnis, who is also a professor of neurology, of neuroscience and of neurosurgery. “I am discussing with colleagues how we can replace or rejuvenate those cells in aging brains and as a treatment for Alzheimer’s. I hope that one day we will be able to slow down or delay the development of age-related brain diseases with this approach.”