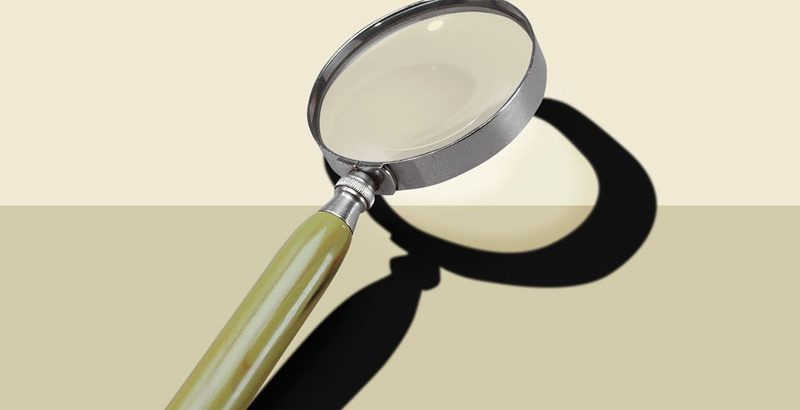 Readjudication of mortality data from the FOURIER trial suggests a higher risk for cardiovascular death with evolocumab (Repatha) among patients with established atherosclerotic cardiovascular disease than originally reported for the first-in-class PCSK9 inhibitor.

The Restoring Invisible and Abandoned Trials (RIAT) investigators launched this review in 2018, citing “significant inconsistencies and misreporting” between information in death narratives in the trial’s clinical study report (CSR) and the 2017 New England Journal of Medicine (NEJM) publication of the primary trial results.

“After readjudication, deaths of cardiac origin were numerically higher in the evolocumab group than in the placebo group in the FOURIER trial, suggesting possible cardiac harm,” the researchers conclude in the new report published online December 30 in BMJ Open. “At the time the trial was terminated early, a non-significantly higher risk of cardiovascular mortality was observed with evolocumab, which was numerically greater in our adjudication.

“Our findings indicate that complete restoration of all clinical outcomes from the FOURIER trial is required,” they write. “Meanwhile, clinicians should be skeptical about benefits vs harms of prescribing evolocumab for patients with established atherosclerotic cardiovascular disease.”

Asked to comment on the reanalysis, FOURIER lead investigator Marc Sabatine, MD, MPH, a professor of medicine at Harvard University and the Lewis Dexter distinguished chair in cardiovascular medicine at Brigham and Women’s Hospital, said: “It’s hard to call this science. I think it lacks all scientific rigor and is fundamentally flawed and, because their process was flawed, it has led them to erroneous conclusions.”

Reached for comment, Sanjay Kaul, MD, a cardiologist and professor of medicine at Cedars-Sinai Medical Center in Los Angeles, who was not involved with either study, said: “If I were to describe this in one sentence, I would say much ado about nothing. A tempest in a teapot.”

The US Food and Drug Administration (FDA) approved evolocumab in 2015 for lowering LDL-cholesterol levels, but without results from any trial evaluating hard outcomes.

As previously reported in 2017, FOURIER showed that adding evolocumab to high-intensity statins slashed LDL-cholesterol by 59% and was associated with a 15% reduction in the primary composite cardiovascular (CV) events endpoint compared with placebo but numerically more all-cause and CV mortality.

For 360 of the 870 deaths, the cause of death adjudicated by the FOURIER clinical events committee differs from that identified by the local clinical investigators in the CSR death narrative, the authors say.

The RIAT investigators found 11 more deaths from myocardial infarction in the evolocumab group (36 vs 25 in the NEJM publication) and 3 fewer deaths in the placebo group (27 vs 30). In addition, their review indicated that deaths as a result of cardiac failure in the evolocumab group were almost double those in the placebo group, at 31 vs 16, respectively.

Thomas L. Perry, MD, a co-author of the BMJ Open paper and a general internist in the department of anesthesiology, pharmacology, and therapeutics at University of British Columbia-Vancouver, Canada, said in an interview that the team repeatedly sought information from the FOURIER investigators but never received a response.

They petitioned and received the FOURIER CSR from the European Medicines Agency and Health Canada and made a similar request with the FDA but were told in October 2019 it would take up to 7 years to release the information. Case report forms were also requested but not received from all three agencies.

Perry noted that no autopsies were performed in the trial, a claim Sabatine rejects, and that their review of the death narratives in the CSR found 91 deaths classified by the local investigator as “undetermined” but subsequently adjudicated by the FOURIER clinical events committee as “sudden cardiac” deaths without any documented evidence to support the change.

At his request, Perry said they included two case examples (figures 1 and 2) in the BMJ Open paper of the “obvious disconnect” in death endpoints. Both of these were identified by the local investigator as a myocardial infarction (MI) but later “misreported” according to Perry, as a sudden cardiac death and noncardiovascular death (trauma), respectively.

“What’s so important about this is not only that it throws into doubt the reliability of what the people at Harvard and elsewhere reported in the New England Journal of Medicine in 2017, but also raises a question about any other large study like this where you rely on supposedly ethical local investigators to run the trial well and to report accurately what happens to people,” Perry told theheart.org | Medscape Cardiology.

Although he never prescribed evolocumab after the initial results were published, Perry said he’s even less convinced of a benefit now. “Basically, I don’t believe that they are telling us the facts,” he said. “I have no reason to say there’s an element of deliberately misleading us. I think it’s sloppiness, incompetence, laziness.”

Perry also favors readjudication of the mortality data in the ODYSSEY trial, which showed an all-cause mortality benefit with the PCSK9 inhibitor alirocumab (Praluent).

Sabatine explained that when a patient had a cardiovascular event, including a death, it triggered the collection of a full dossier containing all available source documents, such as discharge summaries, laboratory and imaging data, and autopsy reports, that were independently reviewed by two board certified physicians blinded to treatment. To suggest, as the RIAT investigators have, that no autopsies were performed is “obviously ridiculous and wrong,” he said.

In contrast, he said the new analysis was post hoc, involved unblinded individuals, and relied on serious adverse event (SAE) narratives, which include a small text box that must be filled out with the site’s initial impression of the case and sent within 24 hours of the event.

Further, when the FOURIER investigators pulled the dossiers for the two more egregious examples cited in the paper, they found that the first patient died in his sleep at home. “The investigator then just said, ‘Oh, I assume it’s an MI’ but there’s no biochemical data, there’s no ECGs, there’s nothing to make the diagnosis of MI. So that’s why that is a sudden cardiac death per the FDA definition,” Sabatine said.

When the FOURIER investigators reviewed the full dossier for the second case example, they found the patient had slipped in his kitchen at home, sustained a serious head trauma, was brought into the emergency department, and died.

“That’s why we rely on the source documents. That gives the full picture,” he said. The FDA also reviewed the death narratives.

“They comment, ironically, that they were surprised at the inconsistencies between the investigator-reported causes of death and the central events committee-adjudicated ones, making it sound like something nefarious has happened. But that’s the whole point of adjudication, right? That you have a central events committee that reviews and then classifies based on all the data,” Sabatine said.

Sabatine said he sees no reason to reevaluate the ODYSSEY mortality data and that the RIAT analysis should not change the overall interpretation of FOURIER.

“I think this is in fact a disservice to the medical community because it’s not real science,” he said. “It’s just sensationalism and sends the wrong message. But I completely stand by the results that we published, as the FDA has.”

Kaul also thought the new analysis doesn’t materially change the overall benefit–risk balance. He observed that there isn’t a major difference between the reanalysis and the original evaluation. Total mortality was similar and, for cardiovascular deaths, the original NEJM paper lists 251 for evolocumab vs 240 for placebo and the reanalysis lists 150 vs 125, respectively.

Although the RIAT group has called for the public release of the FOURIER data, commercial and legal issues will complicate that process, Steven Grover, MD, professor of medicine and director of the Comprehensive Health Improvement Program at McGill University in Montreal, Canada, said in an interview. Amgen is back in court over patent protection, filing an appeal with the Supreme Court after losing in the lower courts in a protracted battle, Reuters reported.

“One thing that’s for sure after they’ve raised questions about the results of this study [is that] somebody needs to take a good hard look at the adjudicated results,” said Grover, who co-authored several iterations of the Canadian Cardiovascular Society dyslipidemia guidelines, including the latest in 2021.

“I think the thing that got so many of us back in 2017 when the study was first published is the mortality data stuck out like a sore thumb,” he told theheart.org | Medscape Cardiology. “It didn’t have to be statistically significant, but it did need to move in the same direction as the nonfatal coronary events. That’s what we’ve seen happen time and again and, in this case, it was going in the opposite direction.”

Sabatine said he doesn’t know whether the data will be released but that the FOURIER trialists plan to submit a rebuttal to BMJ Open to the RIAT analysis, which has caused a stir on CardioTwitter. “Now that people live with Tweets of information, it necessitates then dispelling the misinformation that comes out. So yes, we will draft a rebuttal pointing out all the flaws in this analysis.”

Kaul commented that the FDA’s response not to provide the data was “rather curious” and that Sabatine and colleagues had the opportunity to address the RIAT group’s concerns, but the paper notes they did not even bother to respond. “You can’t be holier than thou in medicine. You have to treat every question with respect and humility and can’t be dismissive…He could have nipped the evil in the bud, so to speak.”

The study was funded by a grant from the University of Maryland, Baltimore. The authors, Kaul, and Grover report having no relevant financial relationships.