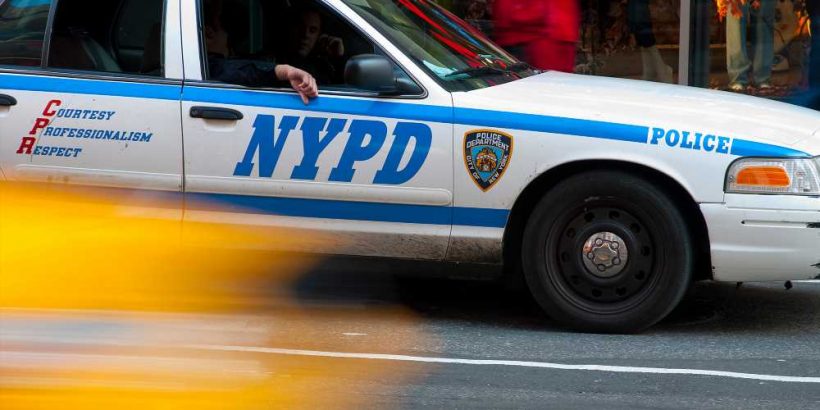 With at least 805,772 confirmed cases and 40,316 deaths from coronavirus-related illness reported in the United States, the World Health Organization announced that the coronavirus had become a pandemic in early March.

As with any pandemic, people have been on high alert, postponing travel plans and practicing social distancing to try to prevent themselves from contracting the virus. But as more cases are reported each day, more misinformation and wide-spread panic have contributed to racially motivated attacks on people of Asian descent or anyone who looks East Asian.

Hate crime task forces have been responding to calls and social media users who have been posting videos and tweeting stories of attacks — both verbal and physical — that have been posted online to try to find perpetrators who’ve been targeting Asians.

People are also using the hashtag #JeNeSuisPasUnVirus, which translates to “I am not a virus” in French, to share their own stories and rally support online.

Here’s what been reported across the globe — from the U.S. to Australia.

Teen Stabs Three Members of an Asian-American Family, Including a 2- and 6-Year-Old, in Texas

Jose L. Gomez, 19, attempted to murder three members of an Asian-American family, including two toddlers, at a Sam’s Club in Midland, Texas, according to federal authorities, the Daily Beast reported on March 31, 2020.

Gomez is a Sam’s Club employee who confessed to the authorities that he had tried to kill the family “because he thought the family was Chinese, and infecting people with coronavirus,” according to an FBI analysis report obtained by ABC News. Gomez is now facing several charges, including three counts of attempted capital murder and one count of aggravated assault for his March 14, 2020, crime. He is currently being held on several bonds totaling $1 million.

Man Pours ‘Unknown Substance’ Over Woman, Who Now Has Chemical Burns on Her Face & Body

A 39-year-old woman in the Sunset Park neighborhood of Brooklyn, New York, was taking out her garbage when a man outside her apartment doused her with an “unknown substance” that gave her chemical burns on her face, neck, shoulder and back, BuzzFeed News reported on April 8, 2020.

In a video released by the NYPD, the man can be seen waiting on a stoop next to the woman’s building and approaches her from behind with a bottle in his hand.

“There was no interaction between the individual and the victim prior to the assault,” the NYPD told BuzzFeed News. The police also confirmed to the outlet that the victim is Asian.

The woman was admitted to the Maimonides Medical Center and is in stable condition, according to police.

Two students claim they saw a group of young women yelling “get out of our country” to other people as they were walking at approximately 5:30 p.m. on April 15, 2020.

“It wasn’t directed at us, but then we made eye contact and they started saying it to us,” one of the students told 10 daily. Both women have declined to give their names for fear of retaliation, according to the Australian outlet, but they are from countries in southern Asia and have been studying at the University of Melbourne for several months.

The students claim that prior to the attack, the group of women told them to “get out” and yelled references to the coronavirus. The two continued to keep walking as the women said, “We’re going to kill you,” before one of them picked up “a pipe or something solid” and threw it at one of the students’ heads.

“My friend was stunned, and the girl grabbed her hair and started punching her head, kicking her stomach,” the student alleged.

The fight was captured on a mobile phone by a witness, according to the outlet, and shows a young woman in a dark hoodie and white skirt punching one of the students before the student drops to the floor and appears to be kneed and kicked in the head.

Prior to this altercation, the two students told 10 daily that they had already been abused several times with coronavirus-related taunts and people fake coughing on them.

On April 17, the University of Melbourne’s Vice-Chancellor Duncan Maskell condemned the attacks in a statement, and confirmed that the university would be “providing every assistance to the students.”

“This is a disgusting and unprovoked attack on two of our female students. There is no place for violence in a modern, future-facing society like Australia. These senseless and vicious attacks on two young women must never be tolerated in our community. The people who did this are a disgrace,” Maskell said in the statement.

“Police are investigating the assault and I very strongly urge anyone with any information about the attackers to contact them,” he continued. “They must be caught and dealt with using the full force of the law.”

N.Y.C. Woman Needs Stitches After Four Teens Attack Her on a Bus

Three teenage girls were charged with hate crimes after attacking a 51-year-old woman on a bus in The Bronx, New York, CNN reported on April 6, 2020. The police are still searching for the fourth suspect, whom NYPD believes is likely a teen, too. After asking what that meant, she received no response.

“I replied and asked why it was canceled, and asked if she’s concerned about coronavirus, no reply/explanation was provided,” Yang said. “My friend checked the same listing [a] couple days after, the place is still open for booking for everyone else — meaning she [was] not shutting down the business.”
“On my profile it shows my last name, which is probably very obvious Chinese/Korean; it also shows I speak English and Mandarin,” Yang said. “My profile picture shows I’m an Asian female.”

Yang added, “Just because I’m Chinese, it doesn’t mean I get coronavirus by default. It would be totally reasonable for the host to ask if I had traveled to China in the past 14-days, however she did not. I had to have my friend who has a non-Asian-looking last name to book another Airbnb in Seattle.”

In response to Yang’s claims, an Airbnb spokesperson told PEOPLE in a statement, “Airbnb takes any report of discrimination in our community seriously and will work to immediately support those impacted. We’ve suspended this host while we investigate further.”

An Asian-American high school student was attacked in late February 2020 when bullies accused him of having coronavirus.

The 16-year-old was taken to the emergency room to be checked out, CBS News reported.

“He went to the hospital originally, and went to the emergency room,” said executive director of the L.A. County Human Relations Commission Robin Toma during a press conference, according to CBS News. “They were taking MRIs to ensure he didn’t have a concussion or other harm.”

The student’s name and school have not been released.

At the same press conference, L.A. County Supervisor Hilda Solis condemned the bullies’ actions and made clear that the coronavirus is not something L.A. residents should be worried about, blaming the spread of misinformation.

“I am concerned because, as someone who is also of immigrant background, I know what it means to face discrimination and racial profiling,” Solis said at the press conference.

“And when I heard of the recent incident of a young child being bullied and actually was assaulted because he was pointed out as being of Asian background — and children, unfortunately, repeat things that are said by other people, including their own parents, so we need to put a stop to that.”

L.A. County Superintendent of Schools Debra Duardo said that bullying will not be tolerated.

It is unclear how many people were involved in the altercation or if the bullies are being punished.

If you’ve been attacked or have witnessed an attack, please contact your local authorities. You can also report your incident athttp://www.asianpacificpolicyandplanningcouncil.org/stop-aapi-hate/.