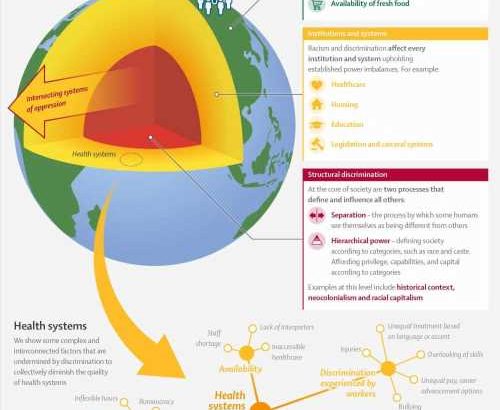 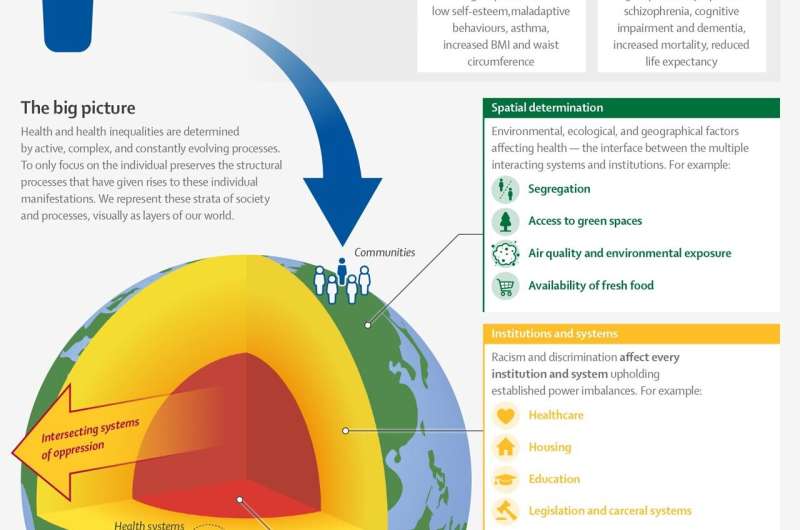 Racism, xenophobia, and discrimination are fundamental influences on health globally, but have so far been overlooked by health researchers, policymakers, and practitioners, according to a new four-paper series published in The Lancet.

Lead author, Professor Delan Devakumar, UCL, says “Racism and xenophobia exist in every modern society and have profound effects on the health of disadvantaged people. Until racism and xenophobia are universally recognized as significant drivers of determinants of health, the root causes of discrimination will remain in the shadows and continue to cause and exacerbate health inequities.”

The series on racism, xenophobia, discrimination, and health is published in The Lancet‘s special issue: Advancing racial and ethnic equity in science, medicine, and global health.

A global problem with a scientific legacy

Racism, xenophobia, and discrimination are global issues. While contexts and histories differ, the social and political drivers and health consequences of discrimination based on the categories of caste, ethnicity, Indigeneity, migratory status, race, religion, and skin color are similar across the world.

The health consequences of these social and political drivers are evident worldwide. In the UK for example, higher mortality rates were seen amongst the Black African, Black Caribbean, Bangladeshi, Pakistani and Indian ethnic groups in the second COVID-19 wave.

Migrant groups and others—such as the “scheduled castes” in India—are often particularly disadvantaged by barriers to healthcare imposed by governments. Similarly, Indigenous populations across the world have suffered from poorer health outcomes including lower life expectancy, higher infant and maternal mortality and malnutrition.

The Series authors also outline how science and medicine have historically shaped and supported the categorization of humans that have led to modern-day social hierarchies. Over time, science has proven that humans are one of the most genetically similar species on earth, and genetic and physiological variation maps poorly onto the racial and ethnic categories that are socio-political constructions.

Even so, the myth that races are biologically distinct persists, manifesting in medical research and practice in various ways. For instance, when diagnosing chronic kidney disease, race and ethnicity have been used as variables to score patients’ renal function in many countries, including the US and UK. Using a race-based score for renal function might contribute to racial stereotypes and inequities among Black patients with chronic kidney disease.

Pathways by which discrimination impacts health

Across health conditions—from cancers to cardiovascular disease to COVID-19—caste, ethnicity, and race are often listed as risk factors. However, the reasons why minoritized people are at greater disease risk has received inadequate scrutiny from health professionals and researchers, and there is a tendency to assume these inequities are genetically determined and unchangeable.

The Series challenges this notion, along with the argument that any disparities can be explained by patterns of socioeconomic deprivation among minoritized racial and ethnic groups; instead emphasizing the significant role of physiological responses caused by past and present discrimination in explaining racial health inequities.

At the individual level, discrimination can activate the body’s hormone and stress responses, potentially causing short- and long-term biological changes. Discrimination also shapes living environments and lays the foundations for many of the risk factors associated with poor health, such as exposure to poor-quality housing, neighborhood deprivation and violence, air pollution, and limited access to green space and nutritious foods.

In addition, discrimination limits the opportunities through which individuals can enhance their health and well-being—through formal education, recreation, jobs, and health care.

These complex and interacting processes affect minoritized individuals across their whole lifetime. Evidence also demonstrates the intergenerational consequences of discrimination, via changes in maternal mental health and epigenetic changes, i.e., the way environmental factors influence how a person’s genes function.

“At a societal level, discrimination is costly and inflicts collective trauma. We call for the unequivocal recognition of racism, xenophobia, and discrimination as fundamental determinants of health, as is already the case for political, social, and economic factors. We call upon academics, scientists, and health professionals to actively modify this relationship between minoritized groups and inequitable health outcomes.”

The authors suggest such change can be achieved through the implementation of anti-racist public health interventions. For example, early education programs that reduce prejudice towards discriminated groups, improving cultural sensitivity among healthcare providers, and strengthening social security provision.

Organizational and community change and active engagement with movement-building can also form a key part of the health community’s action to tackle racial inequity. Effective precedents include the activist campaigns set up by Black HIV-positive women to protest government inaction on HIV in South Africa, which disproportionately impacts the Black community, and have succeeded in forcing pharmaceutical companies to make HIV medicines available at affordable prices.

Legislation, and both institutional and national race equity policies are also raised as effective starting points for progress, as evidence suggests that stronger racial equality and non-discrimination laws are associated with better outcomes for racially minoritized groups.

All measures must also address the intersectional nature of structural discrimination by considering interactions with other forms of oppression (such as sexism or ableism). An intersectional approach to tackling the health impacts of racism, xenophobia and discrimination addresses history and coloniality, focuses on overlapping disadvantages, works to overcome all forms of institutionalized discrimination, and promotes non-violence.

Dr. Gideon Lasco, University of the Philippines, Philippines, says, “Over the past few years, we have witnessed the persistence of colonialism in the present day. The COVID-19 pandemic saw access to life-saving vaccines structured along colonial and racial lines, with high-income countries in the Global North receiving privileged access to life-saving vaccines. Latest estimates suggest that while 70% of people in Europe have had at least one vaccination, this number is still only 32% in Africa.”

“An all too familiar situation is occurring in the context of the climate crisis, with minoritized populations already being adversely affected by the health impacts of climate change, despite often contributing the least to historical carbon dioxide emissions. Unless we take action to transform the systems that uphold racism and xenophobia, we will be unable to tackle racial health inequities in full, or indeed, the greatest health challenges of our day.”