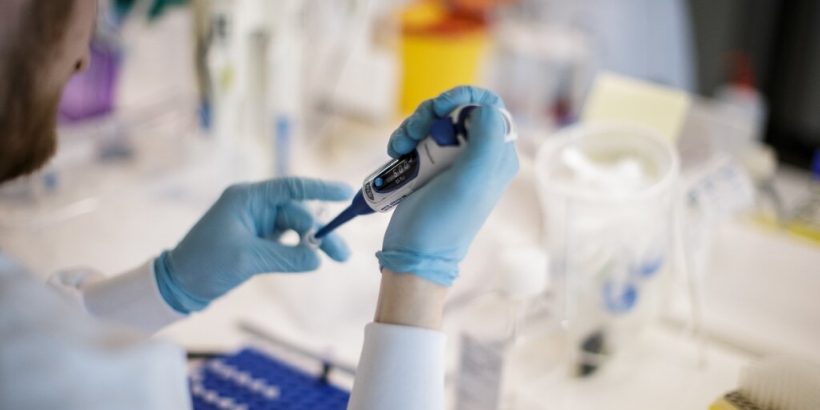 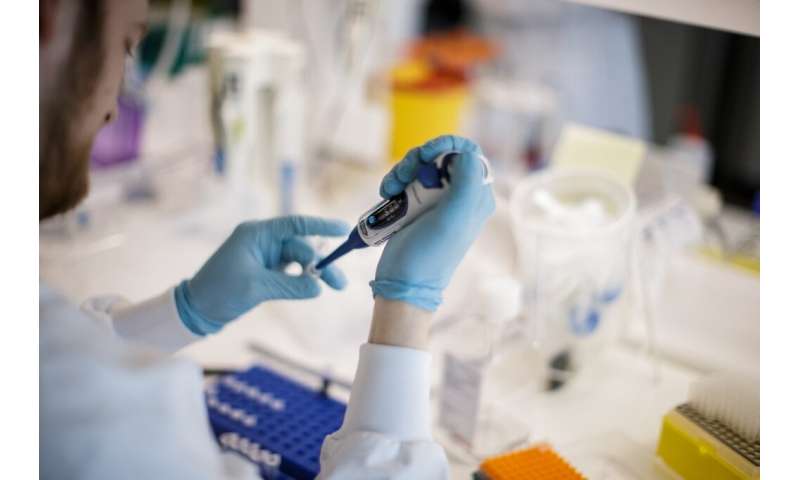 From medical workers struggling to care for the rising tide of COVID-19 patients to the billions of people told to stay home to slow the pandemic, everyone is waiting for one thing: a vaccine.

There is no known treatment for the new coronavirus that emerged in China late last year and has since proliferated across the planet, infecting more than half a million people and claiming more than 30,000 lives.

In mid-January, researchers from China published the genetic sequence of the virus, firing the starting gun for dozens of research labs across the world in the race to find effective drugs.

The approaches have varied dramatically. Some teams are looking at the effects of existing medicines as potential treatments, some are experimenting with repurposing common drugs. Others are using cutting-edge technologies to fashion radically new types of vaccines.

Just over 60 days after the genetic sequence of COVID-19 was shared, the first potential vaccine began human trials.

World Health Organization chief Tedros Adhanom Ghebreyesus hailed it “an incredible achievement” and experts have raised cautious hopes that a vaccine will be ready within 18 months.

This may seem like a dauntingly long time for those in the path of the virus.

But Seth Berkley, the head of GAVI, the Vaccine Alliance, has cautioned that it normally takes between 10 and 15 years for a drug to go from development, through testing phases and onto licensing and large-scale manufacture, although the Ebola vaccine was ready in five.

“How lucky will we be in getting a good immune response? Which approaches will work? Will they be scalable?” he said in an interview with the TED organisation last week.

While the world will try to “squeeze it down dramatically”, the timeline will still depend on the testing process.

“There are many things we’re going to have to go through and it’s really about making sure that vaccine works and it is safe for use in what ultimately may be billions of people,” he said.

GAVI, which is making funding available for lower-income countries to respond to the coronavirus crisis, has urged world leaders to ensure potential treatments and vaccines are accessible to everyone.

Amid concerns over a shortfall in global cooperation over the virus, G20 nations on Thursday announced a $5-trillion injection to boost the global economy and pledged to “work together to increase research and development funding for vaccines and medicines”.

The Coalition for Epidemic Preparedness Innovations (CEPI), a global organisation based in Oslo, has called for $2 billion to support the development of a vaccine.

Meanwhile, the United States is funding several companies through its Department of Health and Human Services (HHS) and National Institutes of Health (NIH).

A new type of vaccine

The traditional method for developing vaccines, based on principles dating back to smallpox vaccine in 1796, has been to introduce a modified part of the infectious agent to stimulate the body’s immune system without doing harm.

But an emerging technique aims to trigger this immune response in a different way, by incorporating a strand of the virus’ genetic material. 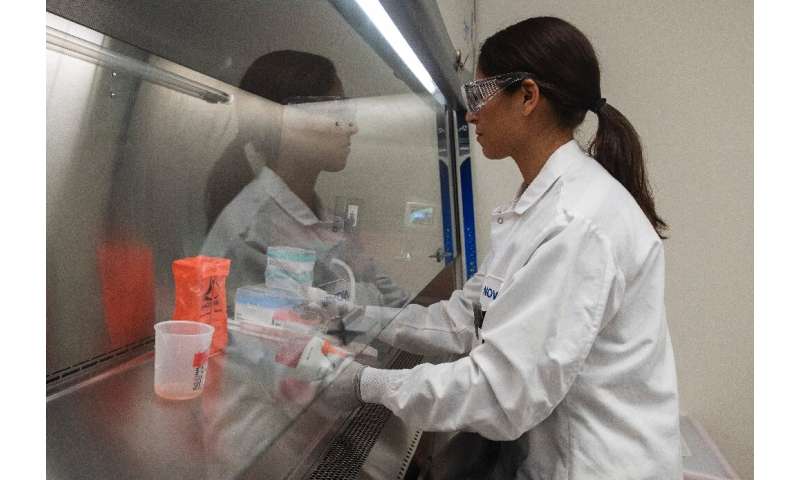 Within weeks of Chinese researchers making the genome of the virus public, a team at the University of Texas at Austin was able to create a replica model of its spike protein, the part which attatches to and infects human cells, and image it using a cryogenic (cooled) electron microscope.

This replica itself is now the basis for a vaccine candidate. NIH is working with Moderna, a relatively new firm founded in 2010, to make a vaccine using the protein’s genetic information to grow it inside human muscle tissue, rather than having to inject it in.

This information is stored in an intermediary transient substance called “messenger RNA” that carries genetic code from DNA to cells.

The human trials began this month and if all goes to plan, it could be available in about a year and a half, according to NIH’s Anthony Fauci.

It is partnering with the US government to use a so-called “recombinant DNA platform” to produce a vaccine candidate.

It takes the virus’ DNA and combines it with DNA from a harmless virus, creating a chimera that can provoke an immune response.

The antigens it produces can then be scaled up.

The technology is already the basis of Sanofi’s influenza vaccine, and the firm believes it has a head start due to a SARS vaccine it developed that offered partial protection in animals.

While the world waits for a vaccine, scientists are experimenting with other existing drugs in the hunt for treatments for severely ill patients.

The WHO has selected four drugs or combinations for a large scale global trial involving patients from Argentina to Thailand.

These are the experimental antiviral treatment remdesivir; a combination of two HIV drugs, lopinavir and ritonavir; those two drugs plus interferon beta, an immune system medication; and the malaria drug chloroquine.

Remdesivir, made by US-based Gilead Sciences, is already in the final stages of clinical trials in Asia and doctors in China have reported it has proven effective in fighting the disease.

It was developed to fight other viruses including Ebola (where it was shown to be ineffective) and it has not yet been approved for anything.

Remdesivir gets modified inside the human body to become similar to one of the four building blocks of DNA, called nucleotides.

Benjamin Neuman, a virologist at Texas A&M University-Texarkana, told AFP that when viruses copy themselves, they do it “quickly and a bit sloppily,” meaning they might incorporate remdevisir into their structure—though human cells, which are more fastidious, won’t make the same mistake. 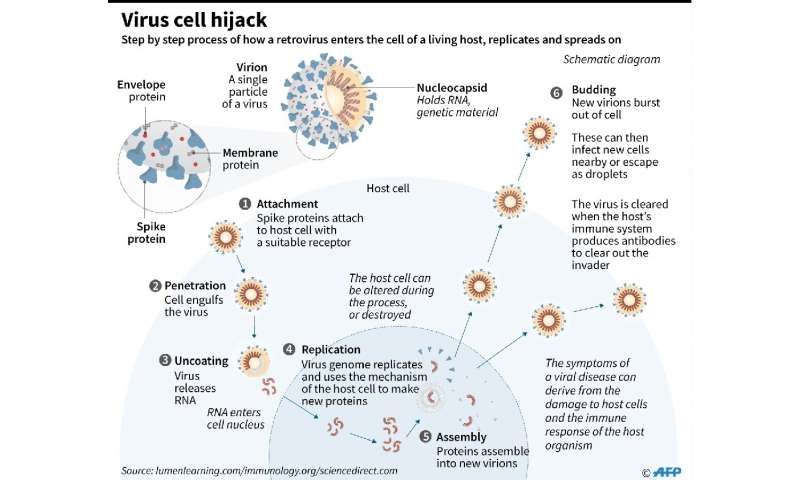 If the virus incorporates the remdesivir into itself, the drug adds unwanted mutations that can destroy the virus.

In an early trial, the lopinavir-ritonavir combination had disappointing results in a study of 199 patients in Wuhan, China, published this month in the New England Journal of Medicine. Researchers concluded that the drugs did not significantly improve clinical outcomes.

US President Donald Trump has stoked excitement about hydroxychloroquine (HCQ) and chloroquine (CQ), related compounds that are synthetic forms of quinine, which comes from cinchona trees and has been used for centuries to treat malaria.

HCQ, which is the less toxic of the two, is also used as an anti-inflammatory to treat conditions like rheumatoid arthritis and lupus.

The medicines have shown promise against the COVID-19 illness in early studies in France and China.

But Fauci has cautioned that the small studies carried out so far amount to “anecdotal” evidence.

And the drugs are not without their risks.

About one percent of people are at high risk of blackouts, seizure or even sudden death from cardiac arrest because of heart rhythm issues they may themselves be unaware of, Michael Ackerman, a genetic cardiologist at Mayo Clinic told AFP.

Regeneron last year developed an intravenous drug that was shown to significantly boost survival rates among Ebola patients using what are known as “monoclonal antibodies”.

They genetically modified mice to give them human-like immune systems. The mice are exposed to viruses, or weakened forms of them, in order to produce human antibodies, Christos Kyratsous, the company’s vice president of research told AFP.

These antibodies are then isolated and screened to find the most potent ones, which are grown in labs, purified and given to humans intravenously.

The drug could work as both a treatment and as a vaccine, by dosing up people before they are exposed—though these effects would be only temporary.

One CEPI-backed project—a collaboration with France’s Institut Pasteur, biotech firm Themis and the University of Pittsburgh—uses the measles vaccine as “a vehicle”.

This would take a vaccine that is widely manufactured across the world and redesign it to express the antigen of the new coronavirus.

Australian scientists are taking an even more direct approach.