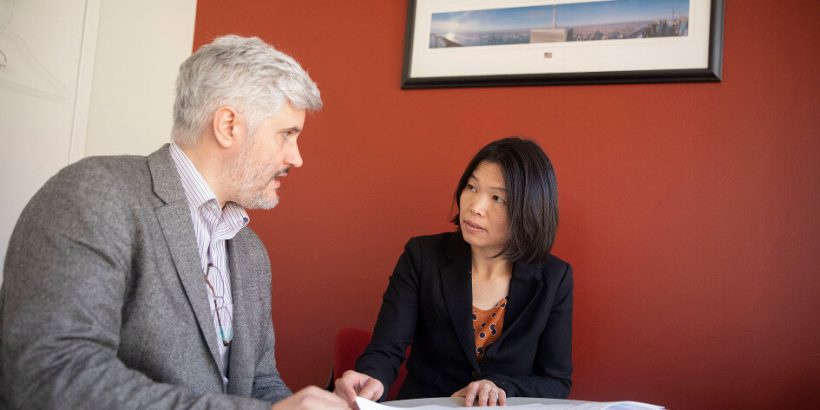 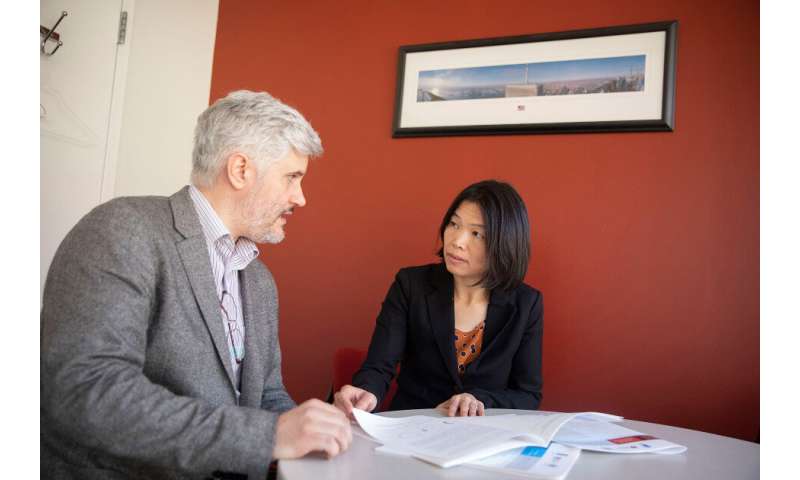 Harvard researchers who learned hard lessons about distrust of health authorities during the recent Ebola epidemic in the Democratic Republic of the Congo are turning their eyes to the coronavirus pandemic, examining whether public trust—or lack thereof—translates into individuals following government health directives.

With no effective treatment and the development of a vaccine still a year or so away, the public’s willingness to follow social distancing and other guidelines may be the most powerful tool remaining in the public health arsenal, according to Phuong Pham and Patrick Vinck, researchers at the Harvard Humanitarian Initiative. And that willingness depends to a large extent on trust.

“There’s no vaccine and no prospective antiviral treatments for COVID-19 right now. The only interventions we have left are social-behavioral, so understanding people’s knowledge, perception, and their willingness to adhere to some of the recommendations and other social behavior interventions is really important,” said Pham, an assistant professor at both Harvard Medical School and the Harvard T.H. Chan School of Public Health. She is also the director of HHI’s Program on Evaluation and Implementation Science.

To better understand how the public is receiving information from health and governmental authorities, Pham and Vinck devised an online survey that asks a series of questions about where people get their information, how much they trust it, their view of the ability of government and health authorities to handle the coronavirus outbreak, and whether they follow the advice they’re given.

The survey, which is ongoing, went live this month and has garnered nearly 7,000 responses from 141 countries so far. It has been translated into 16 languages, mainly by volunteers who have taken the survey and offered to translate it themselves. Data is displayed on the website in near-real time, offering a view of how effective public health messaging has been to survey takers.

The survey dashboard is relatively simple, with a map of the world showing the countries from which responses are coming. The U.S., with 3,308 responses as of Monday morning, has the most representation, but responses have also been logged from such far-flung places as East Timor, South Africa, Iceland, and Chile. A click on the “navigate” button displays a menu from which to view responses, and a click on “authority abilities” shows that just shy of 69 percent of respondents have little or no confidence in authorities’ ability to handle the pandemic.

The good news, however, is that respondents show a lot of confidence in the information they’re getting, with the majority confident that they can protect themselves from the pandemic.

“We can see that, in terms of preparedness behavior, they’re adhering to most of the major messages around washing hands and keeping distance and preparing their supplies. They’re willing to self-isolate and report,” Pham said. “I think the most damning data is around trust in the ability of the health services and the authorities to control the epidemic. The level of confidence is pretty low.”

Vinck, HHI’s research director, HMS and Chan School assistant professor, and investigator at Brigham and Women’s Hospital, said the importance of health authorities establishing public trust was dramatically illustrated during the nearly 2-year-old Ebola epidemic in the Democratic Republic of Congo. That epidemic, history’s second-largest for Ebola, has infected 3,444 so far and killed 2,264, according to the World Health Organization. Though the number of cases has been dropping dramatically there, Vinck said early public distrust fed the epidemic’s growth, leading many people to refuse a vaccine and even to the murders of several public health workers. The epidemic began to come under control when local health officials trusted by the community began to play a more prominent role in education about the disease.

“It’s not new, we’ve seen this elsewhere, but this trust issue is again playing an important role in the spread of the epidemic,” Vinck said.

Though in recent days U.S. government leaders have become more unified in their coronavirus response, Vinck said that comes on the heels of years of growing distrust of institutions in Western democracies and weeks of dismissive language about the pandemic.

“We know that trust in institutions has decreased over the last decade in the U.S., in Europe, and in other places. That is certainly a context that influences this,” Vinck said. “We recognize that it’s a very difficult situation, but decisions have not always been clear, coordinated, the president used very dismissive tone at the beginning of epidemic—though that has changed. We’ve seen a dramatic change in the U.K. and the government there changed their response almost overnight, for example.”