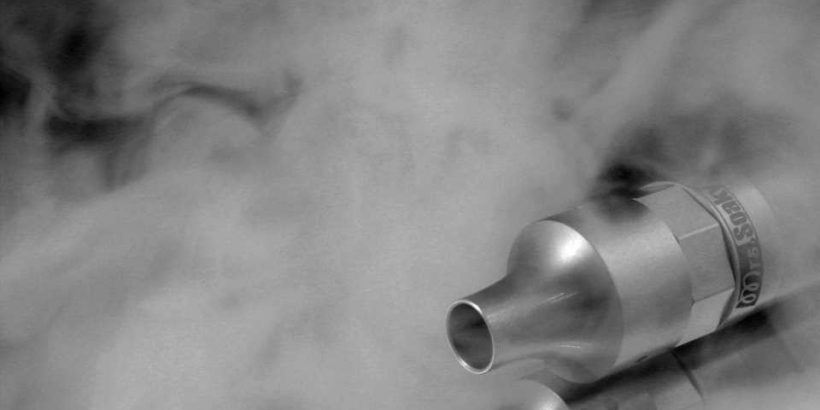 Industries often position products to tout the benefits of one category over another—such as the higher-quality, traditional ingredients of a microbrew over mass-produced brewery beer. Researchers suggest that during the past decade, efforts to promote e-cigarettes as a healthier alternative to combustible cigarettes instead backfired, resulting in a product with a reputation as bad or worse than the existing cigarette category.

A review of press releases, news and retail coverage, research, and other documents on e-cigarettes between 2007 and 2018 found that the e-cigarette category of tobacco suffered in reputation over time.

“As the U.S. e-cigarette market has grown and producers have tried to increasingly differentiate from cigarettes, value-based distinctions between the two categories have eroded and social valuations of e-cigarettes as a whole have become increasingly negative,” said Greta Hsu, professor at the University of California, Davis, Graduate School of Management, in her latest research. The paper, “The Double-Edged Sword of Opposition Category Positioning: A Study of the U.S. E-cigarette Category, 2007-2017,” was published today in the journal Administrative Science Quarterly. The article is co-authored by Stine Grodal, professor at Boston University, Questrom School of Business.

Researchers collected more than 1,200 documents from different groups with interests in e-cigarettes, including producers, retailers, financial analysts, government and public health officials, and anti-tobacco organizations. They also conducted interviews with policymakers, public health advocates and industry leaders and analyzed over 2,000 abstracts of research papers on e-cigarettes.

E-cigarettes as a product category

Early e-cigarette entrepreneurs framed their product as a virtuous alternative to the older, existing category of cigarettes, in a manner similar to touting the benefits of wind power energy, organic produce and grass-fed meat compared to existing products, researchers said. Because consumers were unfamiliar with e-cigarettes and their use, producers made sure to emphasize that e-cigarettes were similar to cigarettes in function and experience. They did so by designing the new technology to physically resemble cigarettes, using the term “cigarette” in their labeling, describing the e-cigarette as closely replicating the cigarette smoking experience and emphasizing that the audience for this new product was existing cigarette smokers looking to reduce harm. They secondarily emphasized potential health and social benefits of using e-cigarettes relative to smoking.

Before 2012, when the industry consisted of small, independent producers, the media discussed e-cigarettes in relatively positive terms and even promoted them as a way to help smokers quit smoking. “E-cigarettes were initially introduced as a healthier alternative to combustible cigarettes,” researchers said. Producers also portrayed e-cigarettes as a product that would “not offend non-smokers” and avoided “the social and health concerns that smoking entails.”

Yet, over time, the symbolic boundaries separating e-cigarettes from cigarettes weakened. Tobacco company diversification into the e-cigarette category after 2012 played a major role, Hsu said.

References to e-cigarettes in various media as “dangerous” or “unhealthy” increased from 2013 to 2014, peaking in 2014, after all three “Big Tobacco” companies (Altria, R.J. Reynolds, and Lorillard) had entered the e-cigarette category with nationally distributed e-cigarette brands. In 2014, reports suggested that e-cigarettes had become the most commonly used tobacco product among youth.

By mid-2014, researchers said, stakeholders widely referred to e-cigarettes as “a gateway to cigarette use among youths, and thus a danger to the health, well-being and longevity of a new generation of Americans.” Critics, from academics to elected officials, expressed fears that e-cigarettes had “re-normalized” smoking, undoing much of the anti-smoking campaigns of previous years, according to researchers. The stigma associated with cigarettes became diffused, intensified and generalized across the entire category of e-cigarettes.

By 2018, the FDA called the use of JUUL and other e-cigarette products, including flavored tobacco, a teenage epidemic. A 2019 outbreak of lung disease cases related to vaping THC further intensified public alarm. In contrast, several prominent United Kingdom health organizations, including the Royal College of Physicians, Cancer Research UK and the British Medical Association, continued to endorse a more positive view of e-cigarettes as substantially less harmful than combustible cigarettes.

Research in product categories has shown that businesses should ensure that their claims of distinction or tradition are both clear and legitimate, the authors said. “Studies of oppositional categories such as French nouvelle cuisine, biodynamic wine, wind energy and grass-fed beef have found that new category proponents expend considerable effort elaborating how a new category is different from and normatively superior to an existing category,” the researchers said.