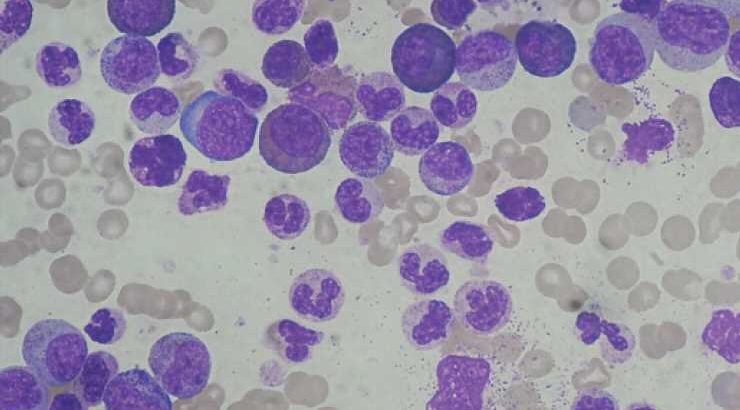 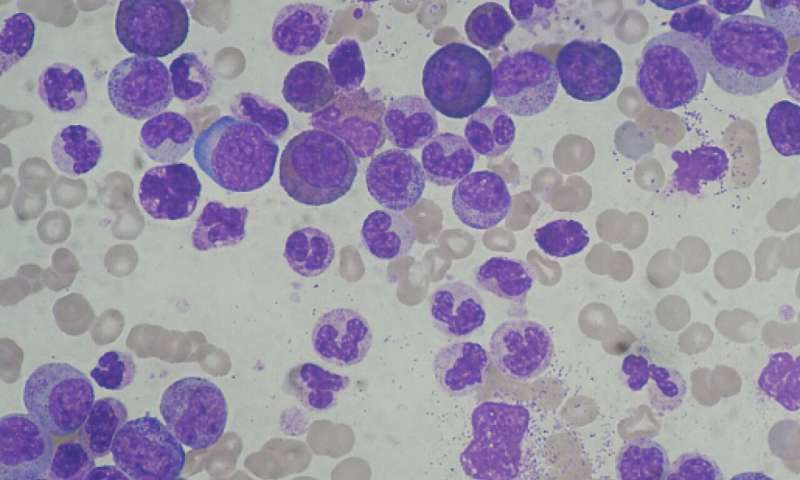 Published in the journal Blood, the findings in animal models support further studies to determine the feasibility of using this approach to reduce mortality and improve outcomes in patients.

“In general, allo-HSCT is used to treat patients with aggressive disease that does not respond well to conventional treatment, and it can potentially cure several types of blood cancer,” said corresponding author Dr. Maksim Mamonkin, assistant professor of pathology and immunology and the Center for Cell and Gene Therapy at Baylor.

The patient first receives intensive chemotherapy, which eliminates the majority of the cancer, but also severely harms the immune system and blood-making cells. To rescue these vital functions, the patient receives an infusion of stem cells from a healthy donor, which repopulate the patient and restore the normal blood-making process.

The transplanted stem cells usually contain a small amount of donor immune cells called T cells, which can recognize normal organs and tissues as foreign and mount an immune rejection-like process called graft-versus-host disease (GvHD). “This is a very serious condition that requires aggressive immunosuppression to stop these T cells on their tracks, to prevent them from causing organ failure and death,” Mamonkin said.

However, the immunosuppressive drugs also hamper the patient’s ability to fight infections and cancer and sometimes do not stop GvHD. “As a result, cancer relapse and GvHD account for the majority of patients’ deaths after HSCT,” said Mamonkin, who also is a member of Baylor’s Dan L Duncan Comprehensive Cancer Center.

“This drove our interest in finding alternatives to treat GVHD and tumor relapse,” Mamonkin said. The team wanted to protect patients from both GVHD and cancer resurgence without eliminating their normal immunity that helps fight leukemia but also protects against serious disease-causing viruses, such as cytomegalovirus, Epstein–Barr virus and adenovirus, which frequently emerge post-transplant in these fragile patients.

The team has accumulated extensive experience developing engineered T cell therapies against malignant T cells, such as T cell leukemia and lymphoma, and testing these approaches in the clinic. Utilizing a similar strategy against T cells that drive GvHD seemed a logical extension of their prior work.

“Our goal was to selectively take down only the T cells that cause the GvHD, while preserving the body’s ability to fight other diseases,” Mamonkin explained. “For this, we needed to find a way to identify these cells—a marker that was mostly expressed on the cells mediating GvHD and not in other cells. After an extensive search we identified protein OX40 as a promising candidate.”

To validate this target, the team reached out to their collaborators at Boston Children’s Hospital who study GvHD in non-human primate models. They confirmed OX40 was abundant on the surface of T cells that infiltrate target organs in macaques during acute GvHD.

The researchers then engineered a receptor named alloimmune defense receptor (ADR), a molecule they expressed on therapeutic T cells and enables them to recognize and kill cells that express OX40 protein. Dr. Feiyan Mo, who during the study was a graduate student in the Translational Biology and Molecular Medicine program at Baylor, led these studies in the Mamonkin lab.

Tests with cells in the lab and in animal models showed that ADR-armed T cells very effectively suppressed T cells mediating GvHD and protected animals from the fatal condition. At the same time, ADR T cells did not produce much damage to “good” T cells that control viral infections, “giving us confidence that this therapy would not be generally immunosuppressive,” Mamonkin said.

Inspired by these findings, the team has combined ADR and a leukemia-specific chimeric antigen receptor (CAR) in T cells to test if these double-armed cells can fight both GvHD and cancer relapse after HSCT. Indeed, T cells outfitted with both ADR and CAR protected the animals from both GvHD and leukemia relapse thus paving the way to test this approach in patients who are at high risk of either condition.